This is Why Pinoy Horror Movies Suck

by That Film Enthusiast
Before I start with my short critique of Sanib, I would like to post my appeal to (most) Filipino filmmakers:

PLEASE stop insulting the audience by making photocopied films. We, the audience, are not stupid. We don't want to see what we've already seen before. Please stop doing what Brocka, Bernal, and De Leon already did. Please stop copying other films, may it be a Hollywood classic, a hit Japanese horror movie, a French indie film, or whatever.

You are not a photocopier operator, you ARE filmmakers. And filmmakers cultivate their own ideas, so please do so. 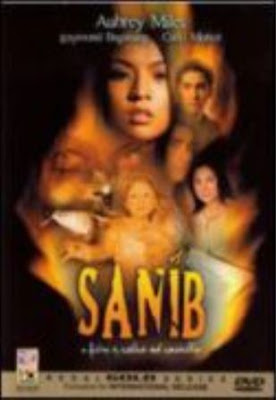 Do you know why most Pinoy horror movies are not scary? It's because of films like Sanib. Sanib is derived from the word pag-sanib, which means possession in Tagalog. Sanib, the film, has no originality; it's so predictable it loses its scare factor.

Sanib is a ridiculous and blatant attempt to copy The Exorcist. The Regan character is named Melissa. Regan, I mean, Melissa is a fashion designer. She's engaged to be married to a character that almost seemed unnecessary to the film's plot development. Knowing that Melissa's about to marry this guy is enough. Do you really have to present her boyfriend like he's a saling-pusa (occasional player)? The house of Melissa's parents — does it really have to resemble a haunted house just to look scary? The house in The Exorcist does not look like a haunted house, but it looked scary.

It might have tweaked and tuned some things, but Sanib obviously borrowed a lot of elements from the 1973 classic:

For the sake of "originality," they left the head spin, the thick pea soup, and the levitation scene alone.

Just like most Filipina actresses nowadays, Aubrey Miles is a gorgeous lady and an unconvincing actress. Her acting is kulang (incomplete). She looks like she's performing in some high school play or something. For best results, acting should be treated like a religion; it should be done with faith.

Jesse Lucas' music stands out; it's the only thing I liked in this film. Sanib's main theme is reminiscent of Jerry Goldsmith's Ave Satani (The Omen's main theme). It's a very good piece of music. Unfortunately, it's not enough to make Sanib scary.

A celebrated Filipino filmmaker, Celso Ad. Castillo failed to do what Friedkin did in The Exorcist, which is to seduce the audience with subtle scenes, and then break their hearts with the (figuratively) head-spinning climax.

Sanib has no tension buildup (and I'm a sensitive audience). The film's climax is disappointing and preposterous. What a lazy effort. Sanib is nothing but a second-rate, trying hard copycat of The Exorcist. In other words, Sanib is not worth watching. (Unless you have a lot of time to waste.)

Hi... I wonder if you can help me with something? I am looking for a link to a page about a film that I saw recently whilst staying at some place in Baguio.

The film was called Possessed and it was a tagalog film. It was about a young girl, I think around 14 (my Taglish isn't that good) who moved to Manila to work. It turned out that she worked as a bar girl, although she was new and did not expect this work. Of course, she could not shame her family by returning home so continued to work and got into the kulamkulam things and made a huge snake bit a stupid foreigner guy who, I think, had lied to her about his intentions.

Do you know how I can find out more about this film please?

I think you're talking about the indie film, "Sapi."

I cannot find a single page about the film other than its IMDb page and a trailer on YouTube: http://www.youtube.com/watch?v=KyDlTwIEYrE

Thanks for dropping by my site. Belated Happy Holidays! :)

I like Filipino horror. They're great black comedy ;-) especially ones starring Kris Aquino.