A Knight in Shining Wonder 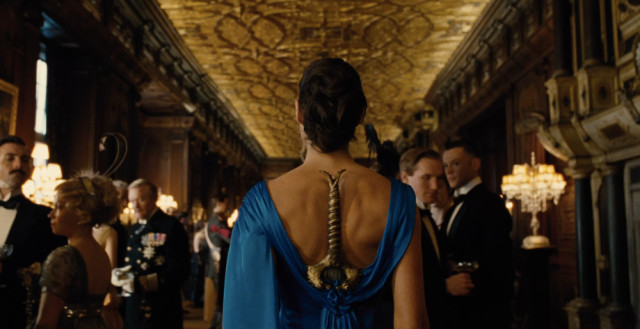 I am not exactly a fan of superhero movies, although I've seen quite a lot already. I don't read comic books either. Nevertheless, I was thrilled to see Wonder Woman.

Anyway, Jenkins' Wonder Woman is said to be a refreshing take on superhero movies. Finally, here's a superhero movie about a super strong woman with supernatural powers. Super! In such a superior way, our female superhero (otherwise known as Diana Prince a.k.a. Princess of Themyscira) superbly fights the super bad guys because that's what superheroes do, right?

Gal Gadot shines as Wonder Woman. Basically, Wonder Woman is Xena: the Warrior Princess on steroids. Allegedly molded out of clay by her mother, Queen Hippolyta (Connie Nielsen), Diana grows up in a land that only exists in my sapphic dreams — the all-women island of Themyscira. A world so heavenly... until men ransacked and destroyed it. Thanks, but no thanks, Steve Trevor! (Why must men ruin everything? Such vermin!)

An American spy for the British intelligence, Steve Trevor (Chris Pine) crashes his plane into the island of Themyscira. Princess Diana fishes him out of the water, saving him just like Miho (Devon Aoki) saved Dwight (Clive Owen) in Sin City. Afterwards, the bad guys transcend into Themyscira, hunting Steve and eventually clashing with the Amazons.

Driven to save the world from Ares a.k.a. the god of war, Diana leaves Themyscira for our self-destructive planet called Earth. Accompanying Steve in London, Diana learns the ugly truth about Earth, which is currently under the wrath of World War I. Diana must help Steve in stopping General Ludendorff (Danny Huston) and Isabel Maru a.k.a. Dr. Poison (Elena Anaya) from spreading a chemical weapon. At the same time, Diana learns the truth about herself.