Romy Schneider is a cinematic icon. Wait. Who? Rob Schneider? Romy. Schneider, Romy Schneider. She was an Austrian-born actress who held German and French citizenship. (Yes, I read Wikipedia. Just like all of you out there.) 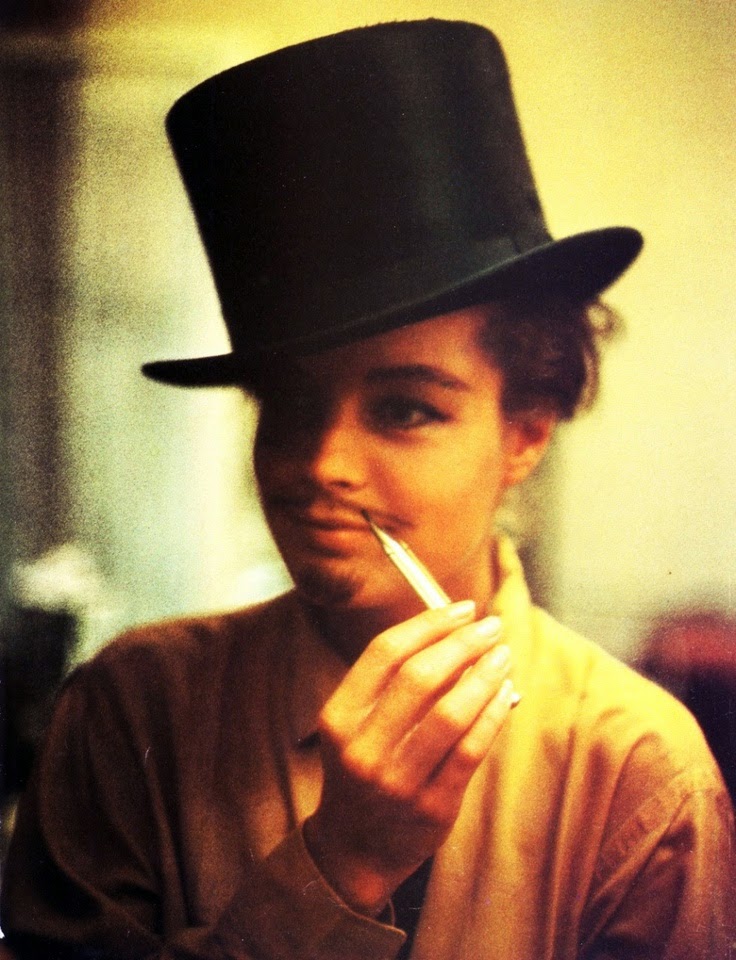 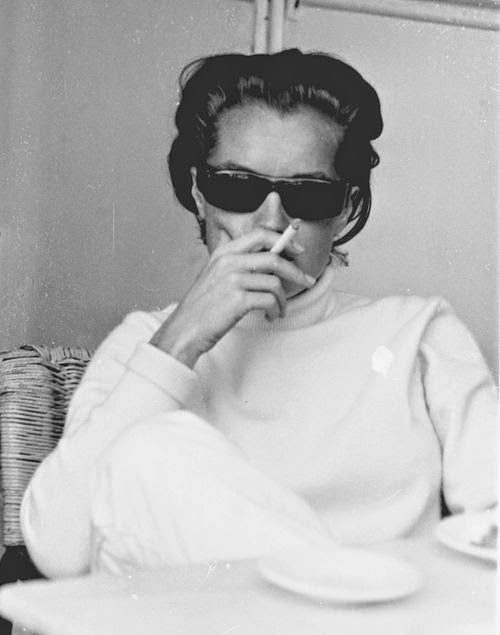 (But why did they make such a big fuss about this Sissi woman? Why not? She was the Empress of Austria, hence a very important Austrian. That's why they have to make a movie about her, a trilogy to be exact, just as Italian-Americans had to make a trilogy about Michael Corleone.)

After falling in love with Alain Delon, Romy spent most of her career in France, where she is probably remembered for her films with Claude Sautet: Les choses de la vie, César et Rosalie, Une histoire simple, etc. 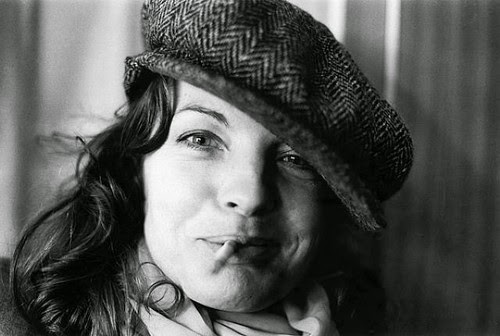 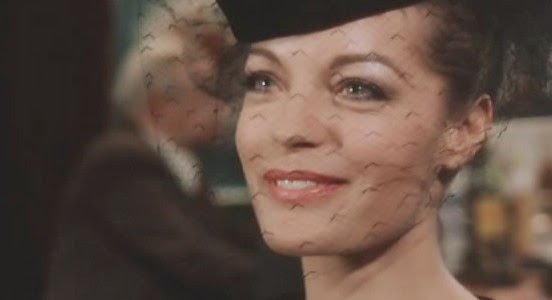 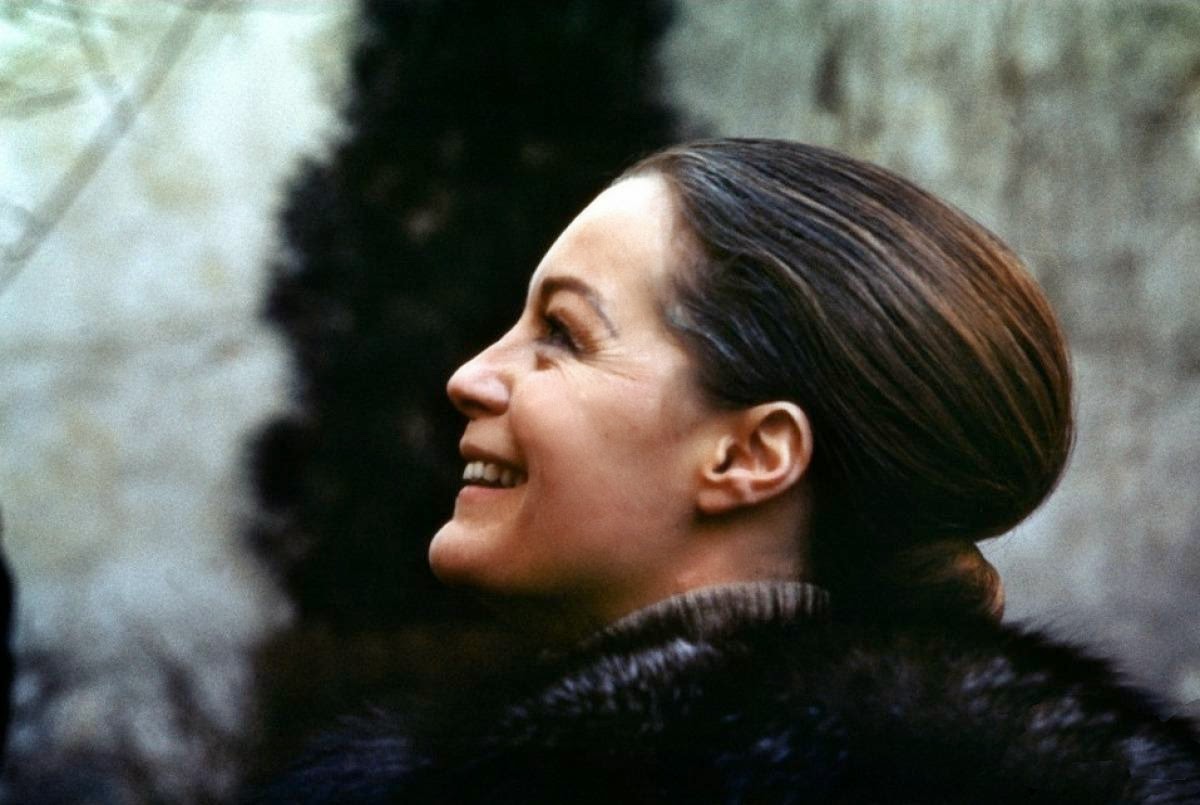 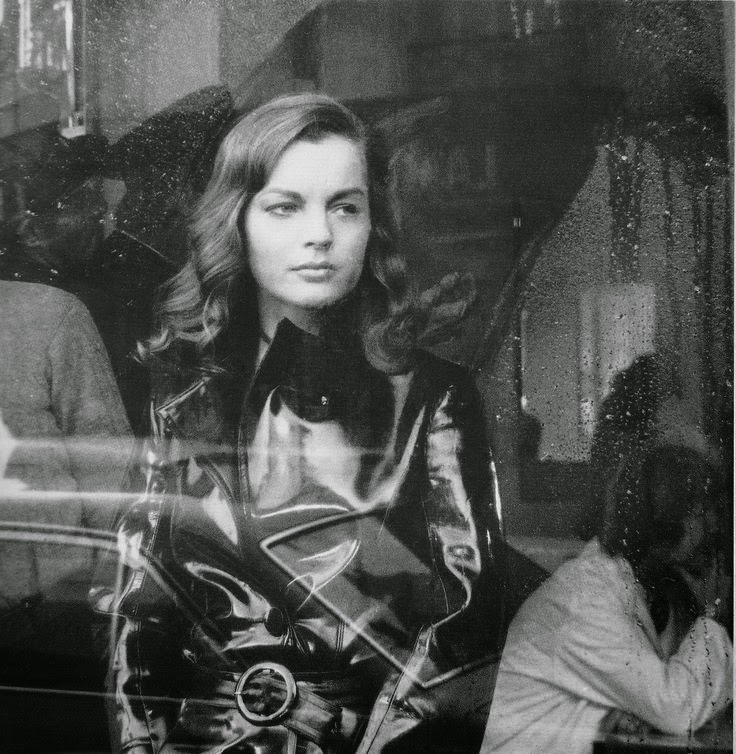 Romy on the set of Max et les Ferrailleurs

Without further ado, Romy is also considered a gay icon, a dykon to be exact. Well-versed lesbians know her as the hopeless romantic Manuela von Meinhardis in 1958's Mädchen in Uniform, or as the bisexual title character in La banquière a.k.a. The Lady Banker.

Mädchen in Uniform is a remake of the groundbreaking 1931 film. Comprised of an all-female cast, both films tell the story of a young unrequited love a student has for her teacher. 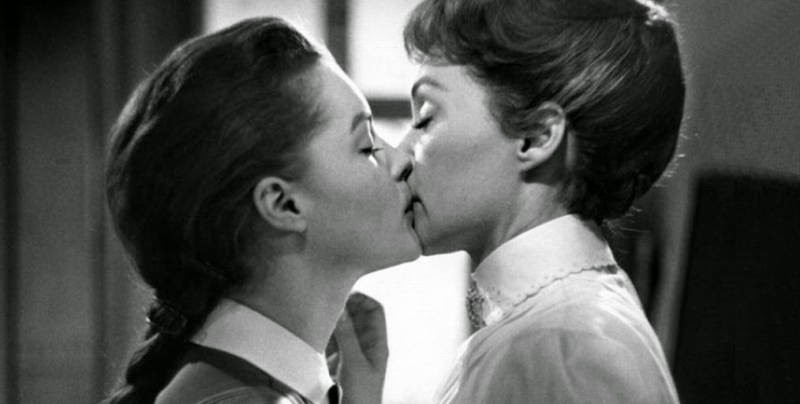 Romy Schneider and Lilli Palmer in Mädchen in Uniform 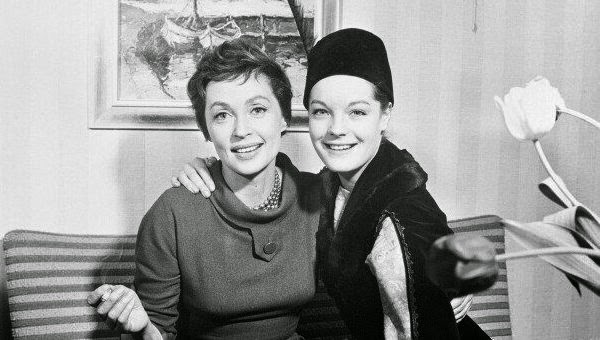 Romy and Lilli behind the scenes

Even by today's prudish standards, the two Mädchens — both feminist in their essence — are still controversial; exploring themes such as lesbianism, age difference, and student-teacher romance.

Excerpts from Mädchen in Uniform:


Romy was brave to play a character who refused to be bound and gagged by heterosexist standards. Here's an actress who didn't care about the possibility that playing a lesbian could ruin her then-burgeoning career. All she cared about is giving life to a human character who happens to be head-over-heels in love with another human being. 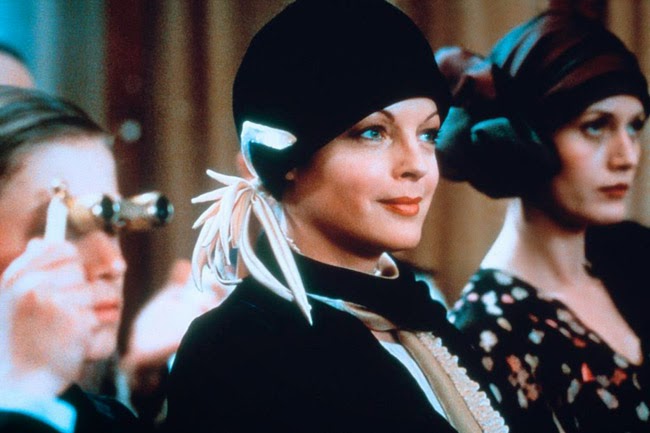 
In one of her last films, 1980's La banquière, Romy played another lady-loving character; this time that of a bisexual financier named Emma Eckhert.

A somewhat feminist movie, La banquière is a rags-to-riches story, the fall and rise and fall of a courageous woman who defied sexism. The film is quite long and somewhat tedious, to the point of it not knowing what it really wants to say. 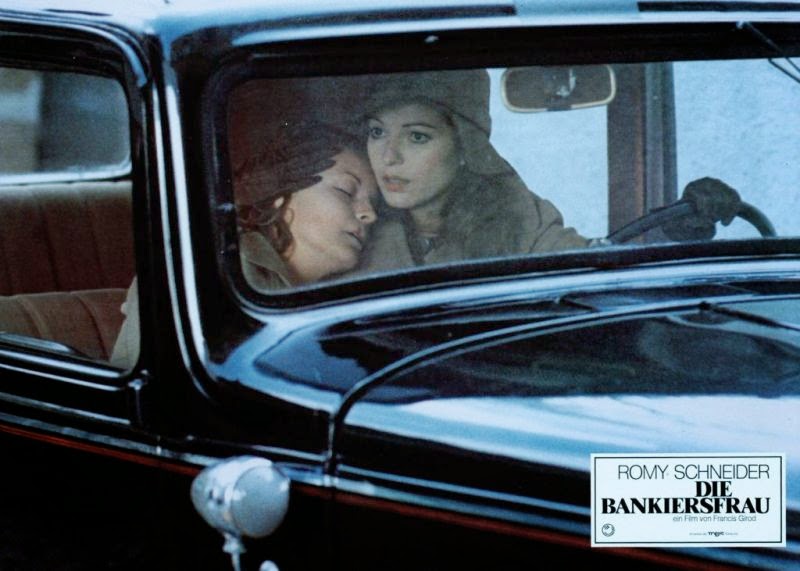 Earlier part of the film introduces us to Romy's Emma, a supposedly lesbian woman who falls for a guy. (Sounds like Chasing Amy.) Enter the guy's wife: Colette (Marie-France Pisier), a woman who is more devoted to her husband's mistress than to her own husband.

So ano 'yun? Open marriage. Could be. Looks like it. The film doesn't know either. Francis Girod, the film's director, asks this question without knowing its answer. Seems like he himself was confused whilst making the film.

Later in the film, Girod implies that Emma and Colette are in a romantic friendship but seemed hesitant to delve deeper into the notion, which leaves the audience a bit dumbfounded. He might have thought: "Here's a feminist movie, we might as well make the lead character lesbian and then bisexual... no, wait, let's not. Ah! F*ck it."

The Emma and Colette storyline reminds me of Faye Dunaway's line in Network:
"I'm thinking of doing a homosexual soap opera. The Dykes. The heart-rending saga about a woman hopelessly in love with her husband's mistress."


Notwithstanding the film's flaws, La banquière is still quite an important film. It was able to say: "Just because you're a woman, a bisexual woman that is, doesn't mean you cannot succeed in your chosen field, no matter how patriarchal it is."

Romy is convincing as a bi woman. She flirts with her smiling eyes, seducing the audience. Her character is an alpha, a personality that was rare in a woman during the '30s (majority of the film's setting). 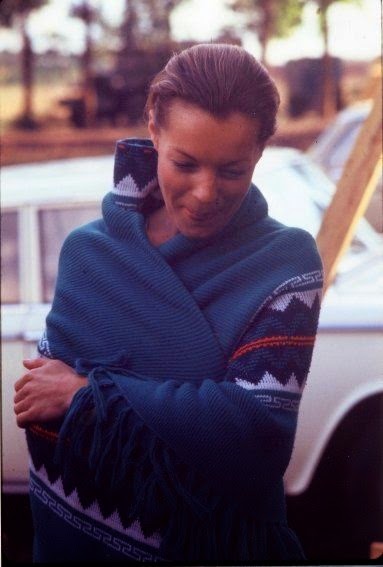 So here's to Romy, an actress who liked to give life to human characters, regardless of their sexual and romantic orientation. Mädchen in Uniform and La banquière are great contributions to the LGB cinema, and to the LGB community as well. Thanks for making those films, Romy!

Now here's some rather sapphic moment featuring Romy and Melina Mercouri. An excerpt from 10:30 P.M. Summer. Filmed in English, but the audio is in Spanish:


DISCLAIMER: No copyright infringement intended. I don't own or claim to own any of the clips or photos used.