It's Carrie, Not Cassie! 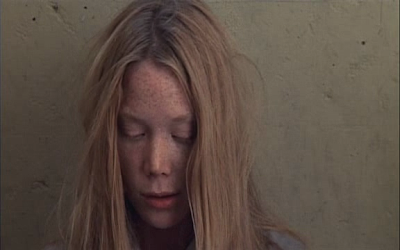 The '70s was a decade of good horror films: Alien, The Exorcist, Halloween, The Omen, and Carrie. In 1976, acclaimed filmmaker Brian De Palma directed Carrie. The film starred the splendid Sissy Spacek as the title character. Carrie is the first Stephen King novel to be made into a film.

Based on King's 1974 novel of the same name, Carrie tells the dispiriting story of Carrie White, a shy girl who discovers her telekinetic power. Carrie is maltreated by her religious fanatic mother (a creepy Piper Laurie). She's also ridiculed by her classmates because they see her as a social outcast. On the happiest night of her life, Carrie is coerced to use her supernatural power in a violent way.

The film is a big "f*ck you" to all those jerks and bitches who like to make fun of their timid classmates. The film also depicts the downside of being too religious; how one can be detached from reality by being attached to religion in an unhealthy way.

Most of the cast, especially Spacek, are excellent. Pallid but pretty, Spacek remarkably personifies the fragile and tragic Carrie. Hers is one of the best performances you'll ever see onscreen. Piper Laurie is so scary as Margaret, Carrie's mentally deranged mother. As Chris Hargensen, Nancy Allen is bitchier than Rachel McAdams in Mean Girls. Allen is just so nasty in this film. 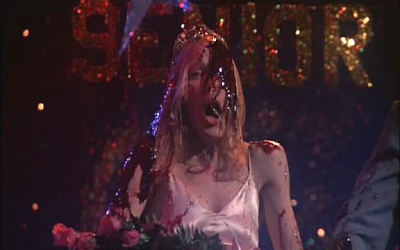 De Palma's use of the split screen is superb, well executed. The editing is very smooth. Mario Tosi's photography during the climactic prom scene exudes an eerie ambiance to the film. Aside from the Psycho-ish music in some scenes, De Palma pays tribute to Alfred Hitchcock by naming Carrie's school "Bates High School."

Carrie is a horror film that is not just a horror film. De Palma perfectly balances the elements of horror, thriller, drama, and romance in this haunting film. To see more of De Palma's knack in making intelligent horror films, check out his 1973 film, Sisters.