The Tale of a Neglected Child 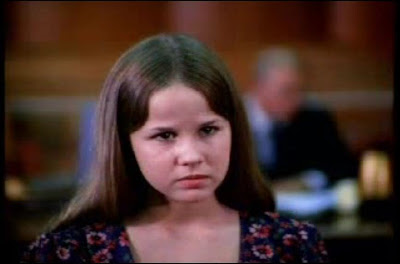 After starring as the (literally) head-turning kid in The Exorcist, Linda Blair went on to star in a made-for-TV movie called Born Innocent. The film is a poignant drama about a teenager named Chris Parker (played by Blair).

A persistent runaway, Chris is turned over to the state's hands. Upon learning that her family gave up on her, Chris might have thought: "WTF! I need my family, not the state, to take care of me!" She is eventually sent to a juvenile detention center for girls. Turns out, the center is not the place to be. It's as abusive and callous as Chris' parents (Richard Jaeckel and Kim Hunter). The center added more wound to Chris' already injured soul.

On the bright side, there's Counselor Barbara Clark (Joanna Miles), whom the girls affectionately call "Mom." Mom reaches out to Chris because she saw the girl's eagerness to learn. She's also fascinated by Chris' ambition to become a flight stewardess. Mom is the only one in the film who really cared about Chris.

The film's title refers to Chris; she arrived at the juvenile detention center as a naïve young girl. The center's harsh environment would later mold her into a delinquent. Chris is not even a delinquent in the first place. She's just a daughter longing for her parents' love. I think that explains why she's crying during her first shower scene; people have been cold to her, and she can't feel the warmth her parents should give her.

Born Innocent portrays the cruelty society can bring, and how that cruelty can put a child in bad shape (emotionally and psychologically). Donald Wrye's pragmatic interpretation of Creighton Brown Burnahm's book makes Born Innocent a deeply moving piece of filmmaking.

Linda Blair is compelling as Chris Parker. After seeing her remarkable performance in this film, I thought, "There's more to Linda Blair than Regan MacNeil." It was not hard for me to connect with Chris because Blair made it easy for me to understand and feel what Chris is going through.

Born Innocent was made during the era of bell-bottom jeans, but the film's message is timeless. The film speaks for all the neglected and misunderstood adolescents out there. It can also serve as Child Caring 101 for parents.