by That Film Enthusiast
Razors pain you,
Rivers are damp,
Acids stain you,
And drugs cause cramp.
Guns aren't lawful,
Nooses give,
Gas smells awful.
You might as well live.

By now you've probably heard about Robin Williams' suicide; hanged himself with a belt. The man had a jovial persona, but deep inside he was — based on his demise and past drug/alcohol addiction — troubled. It wasn't he who killed himself, depression did.

When you are depressed: (1) admit it to yourself, (2) do not turn to drugs and/or alcohol as doing so can cloud your judgment, (3) do not even try to hide your depression, and (4) talk to someone — there's always someone out there who's willing to listen without judging.

It's about time that we recognize depression — not suicide —as something that kills. Been there many times and it's not a happy place to be. It's a dark and seemingly endless tunnel wherein suffocation is the closest thing you can get to breathing.

Depression is suicide waiting to happen. It is indiscriminating. It knows no age, race, gender, sexual orientation, or whatever bullsh*t label there is to attach to a person. Depression is a dickhead that f*cks up everybody's life, male or female.

Wikipedia says that, "statistics indicate that males die much more often by means of suicide than do females; however, reported suicide attempts and thoughts are much more common among females than males."

So that statistics claim that women are less likely to commit suicide?! Tsk tsk tsk. They probably haven't heard about Evelyn McHale. She was a 23 year-old lady who leapt to her death from Empire State Building's 86th floor back in May 1947. Here's how she looked like minutes after she decided to "fly." 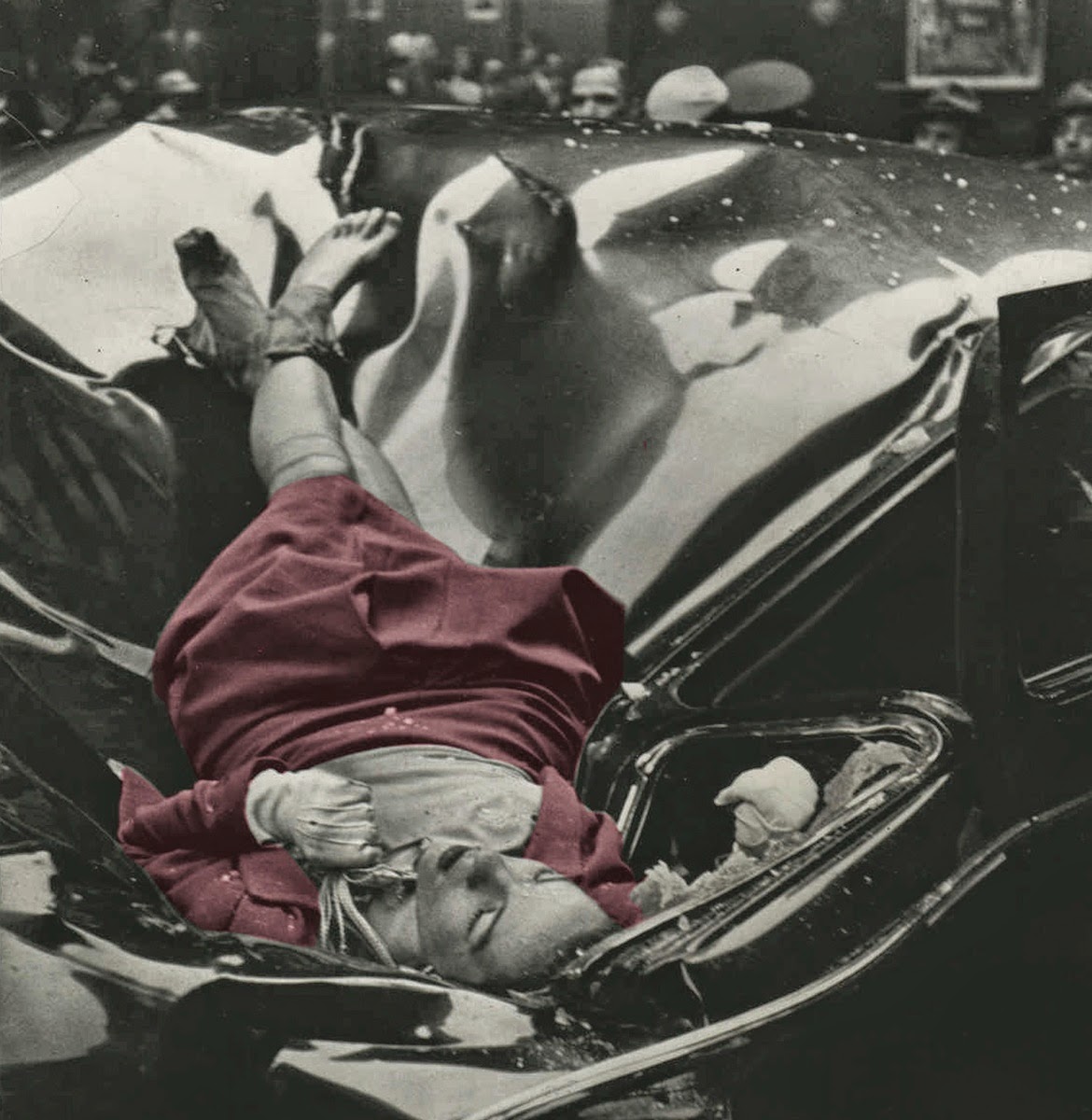 According to the Internet, Miss McHale left her coat neatly folded over the observation deck wall, a brown make-up kit filled with family pictures and a black pocketbook with the note which read:

"I don’t want anyone in or out of my family to see any part of me. Could you destroy my body by cremation? I beg of you and my family – don’t have any service for me or remembrance for me. My fiance asked me to marry him in June. I don’t think I would make a good wife for anybody. He is much better off without me. Tell my father, I have too many of my mother’s tendencies."

Perhaps that statistics haven't heard about Miss McHale or these actresses who decided to pass their resignation letter to God and tell Him, "You can't fire me. I quit." 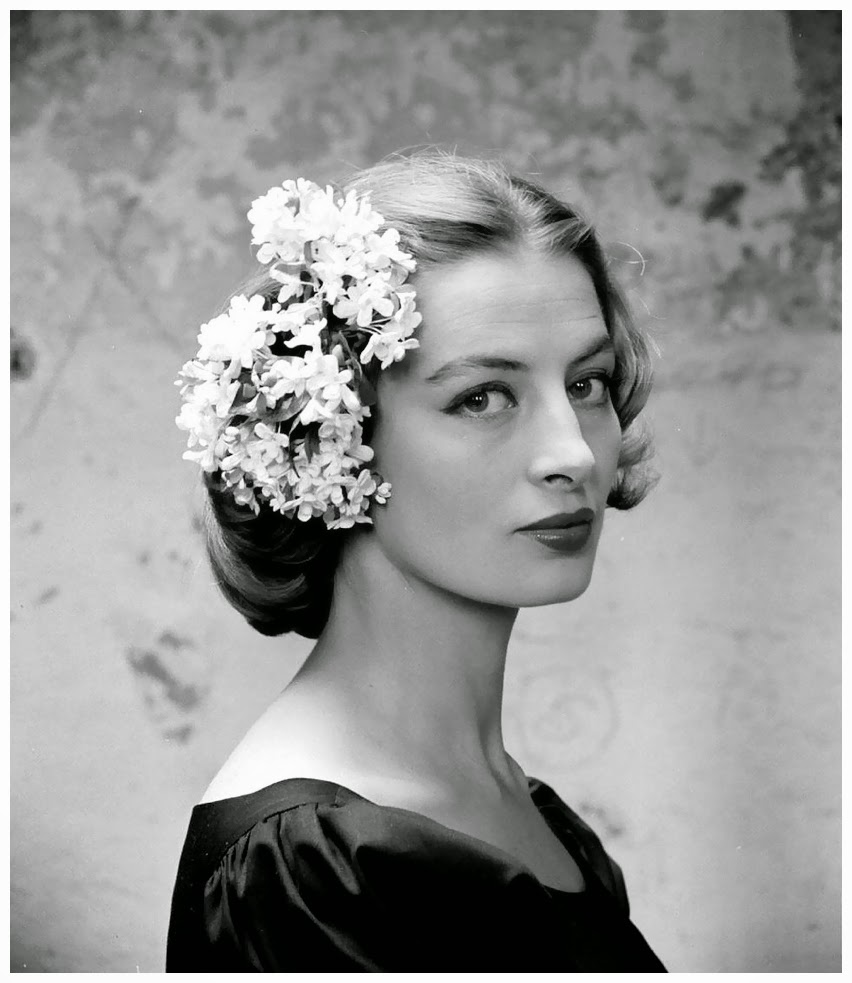 Born Germaine Hélène Irène Lefebvre, Capucine started out as a fashion model before she transitioned to acting. Some of her films include The Pink Panther, Walk on the Wild Side, and What's New Pussycat?

Word has it that Capucine had a lifelong battle with bipolar disorder, and that her friend — the Audrey Hepburn — had saved her life when she attempted suicide a number of times.

On the 17th of March 1990, Capucine eventually jumped to her death from her eighth-floor apartment. She was 62 years-old. Her only known survivors were her cats. 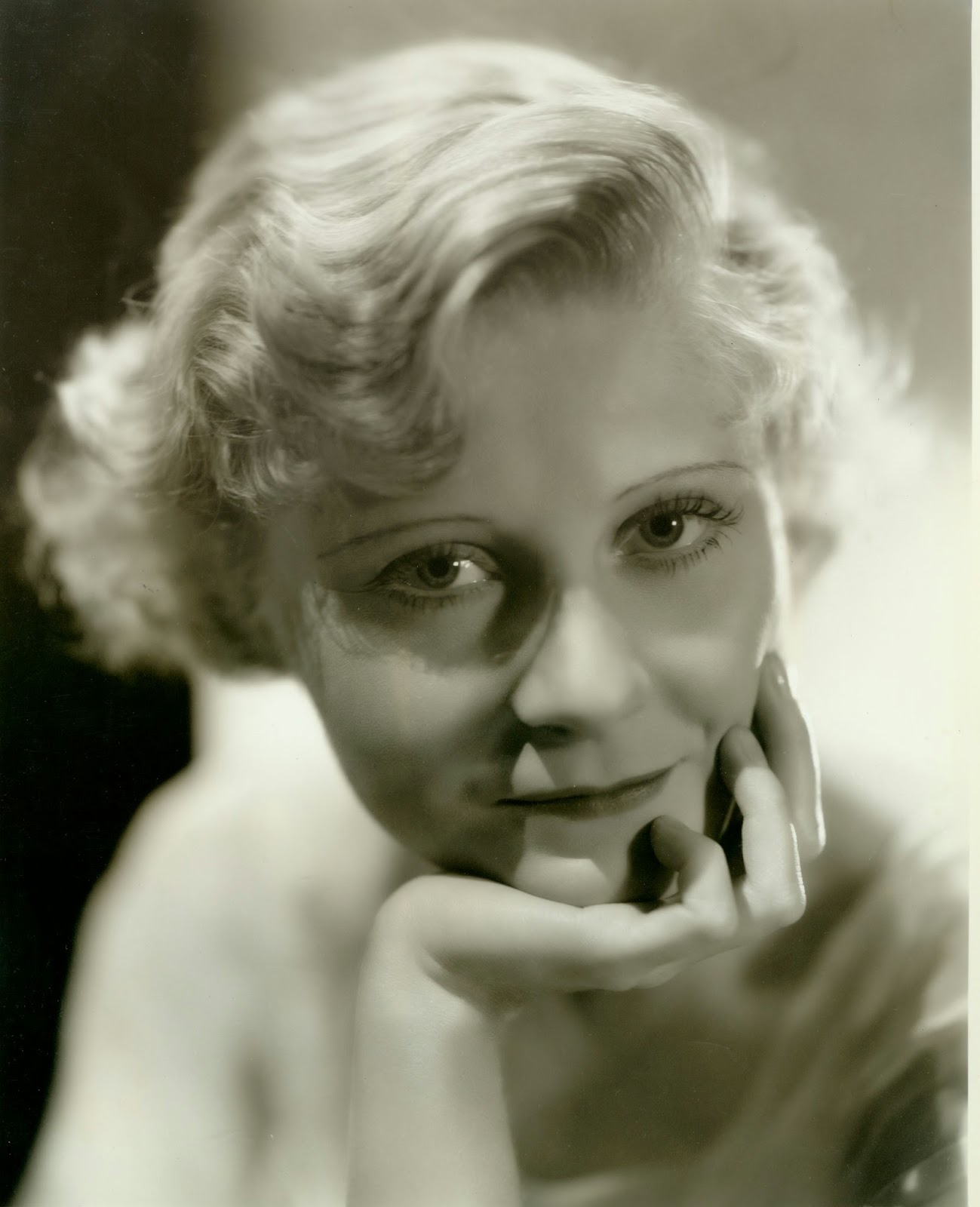 Miss Entwistle was a struggling actress whose only film, Thirteen Women, was released after her death.

In September 1932, Miss Entwistle leapt to her death from the "H" of the Hollywood sign (then called Hollywoodland). She was 24 years-old.

"I am afraid, I am a coward. I am sorry for everything. If I had done this a long time ago, it would have saved a lot of pain. P.E." 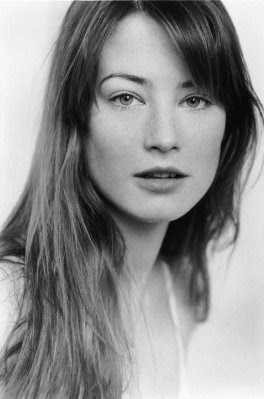 Miss Gordon was an up-and-coming British actress who started out as a fashion model. Her most famous role was that of Jane Birkin in the biopic Gainsbourg.

Sadly, she wasn't able to see the film's release because she reportedly hanged herself in her Paris flat on the 20th of May 2009, two days before her 29th birthday.

It was said that Miss Gordon was despondent over her friend's suicide. Miss Gordon left two suicide notes. She was 28 years-old. 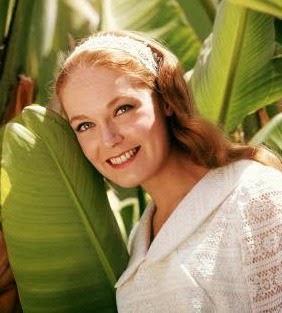 Miss Hartman is best known as Sidney Poitier's blind love interest in A Patch of Blue, a film that showcases her underrated talent.

Reportedly shy and timid by nature, Miss Hartman suffered from chronic depression much of her life. On the 10th of June 1987, Miss Hartman committed suicide by jumping from her fifth-floor apartment. She was 43 years-old. 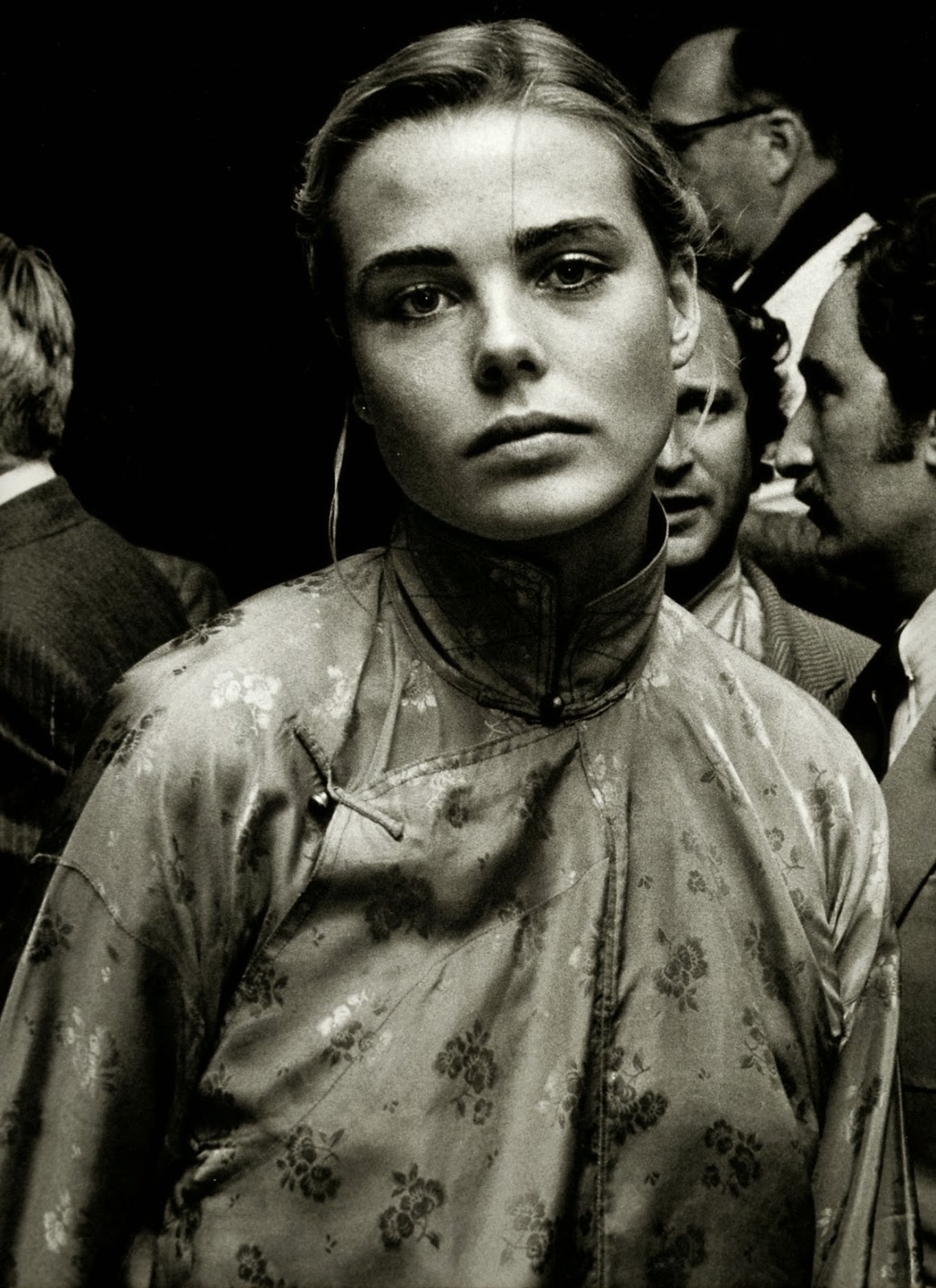 Miss Hemingway was the granddaughter of Ernest. She also started out as a fashion model, appearing in magazines like Vogue and Elle. Her most famous film is probably Lipstick, co-starring her younger sister Mariel.

I guess depression runs in the family. The Internet says Miss Hemingway struggled with a variety of disorders in addition to alcoholism: depression, bulimia, and epilepsy. Oh my. Too much. As if depression is not enough.

On July 1, 1996, Miss Hemingway was found lifeless in her Santa Monica apartment. Reports say she had taken an overdose of phenobarbital. She was 42 years-old. 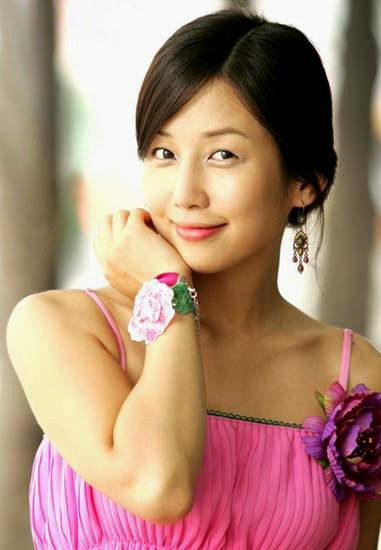 Miss Jeong was a major star in South Korea. Using her knack for comedy, she appeared in the TV show Attic Cat and in the film He Was Cool.

Her boyfriend said that she had been depressed about her declining career and the malicious attacks on the Internet about her physical appearance. (Cyberbullying is also a killer.) Her boyfriend also said that she previously attempted suicide by cutting her wrists. A day before her suicide, Miss Jeong wrote this on her blog:

"Everything is so complicated. I get angry for no reason and I feel like I'm going crazy. It hurts so much that I feel like I'm getting seasick. My head hurts so much that I start to tear. I was becoming a slave to my temper. I thought that I was losing myself, losing my identity. Then, as if lightning had struck, all became quiet. The Lord came to me with love. He made me realize my importance and gave me courage. I was about to collapse, and he lifted me up, saying it's going to be okay. YES, I WILL BE OKAY."

On the 10th of February 2007, Miss Jeong was found hanged with a bath towel in the bathroom of her boyfriend's house. The Internet says that, "suspecting foul play, her family and agency requested an investigation, and the postmortem concluded that it was suicide." She was 26 years-old.

Furthermore, "Jeong's death, which was shortly after singer U-Nee's suicide in January 2007, sent shock waves throughout Korea and sparked concern over copycat suicides." 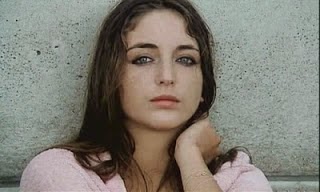 A French actress, Miss Pascal was not really a household name, but she had an impressive career as a writer and director.

Think: the Sylvia Plath of the film industry. Miss Pascal contemplated suicide several times. Her first film, Félicité, has suicide as an opening scene. When asked how she wanted to die, she reportedly said: "En me suicidant, le moment venu. (By killing myself, when the time comes.)"

On the 30th of August 1996 — while staying in a psychiatric hospital — Miss Pascal leapt to her death by throwing herself out of a window. She was 42 years-old. 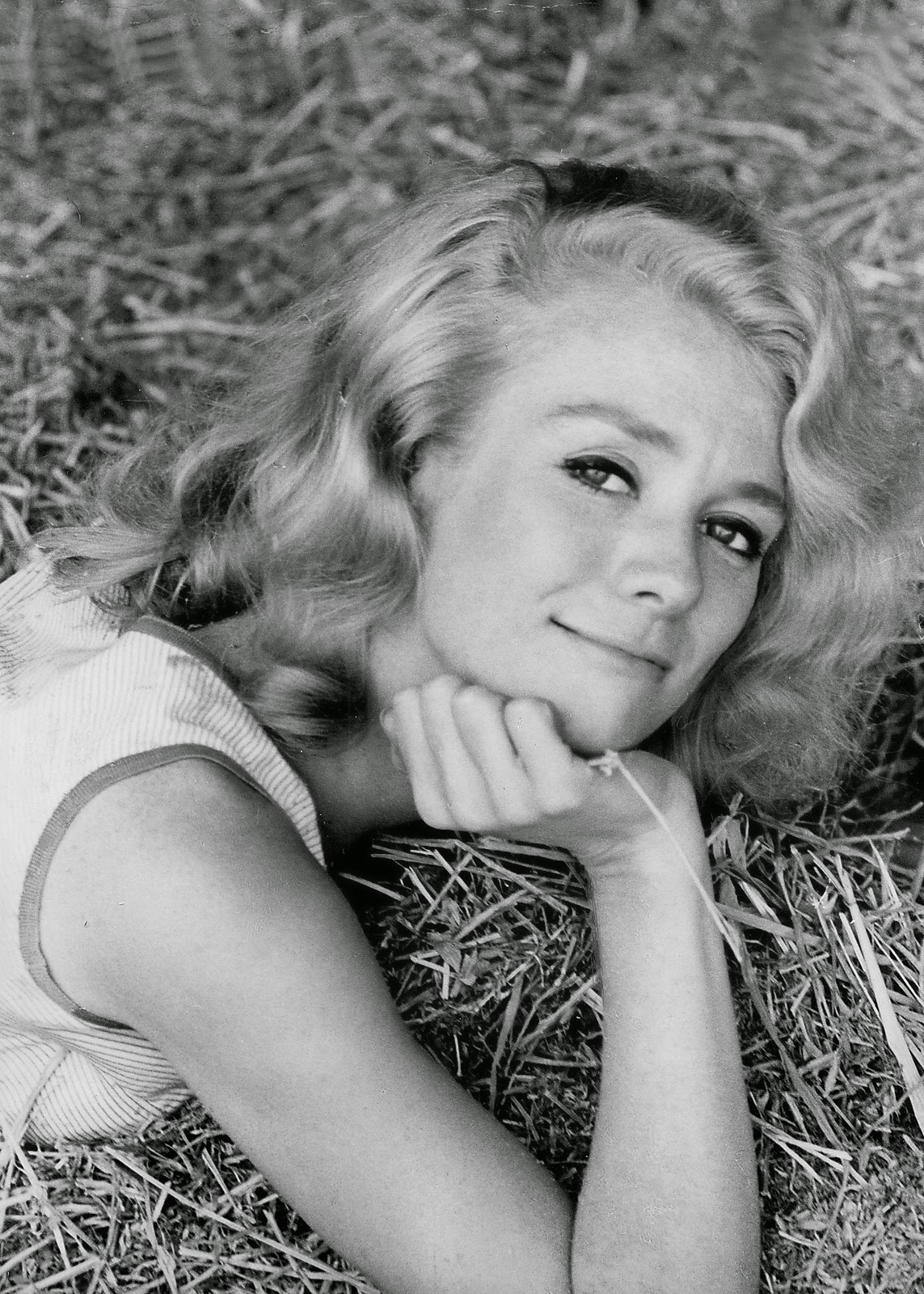 Miss Stevens is probably remembered for her appearances in TV shows like The Twilight Zone and The Alfred Hitchcock Hour.

It was said that Miss Stevens suffered from severe depression throughout her life and has attempted suicide a couple of times before her demise.

On the 30th of April 1970, Miss Stevens died of acute barbiturate poisoning. She was 35 years-old. 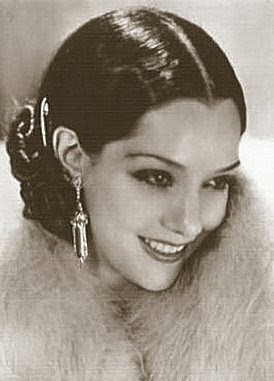 Miss Velez is considered to be one of the Mexican performers who made it in Hollywood. From the silent era to the talkies, Miss Velez had a fruitful career. She graced both Hollywood and Broadway with her undeniable charm and talent.

Marilyn Monroe† admired her. Miss Monroe reportedly told a journalist: "My mother worked in the RKO film studios and sometimes took me with her. Here I first saw Lupe Vélez, a Mexican girl that was all the rage, whose appearance and physical character fascinated me. Then my dream was to be, someday, someone like her."

It was implied that Miss Velez suffered from bipolar disorder, although many theories are suggested as to what made her commit suicide.

Those are some of the actresses who drowned in depression, which eventually led them to take their own lives. Film industry pa lang 'yan. When we talk about literature, there's Sylvia Plath, Virginia Woolf, etc. Sa fashion industry naman there's Ruslana Korshunova, Helena Belmonte, etc.

No one has the right to underestimate female depression. Women can be depressed too. Genetic makeup, hormones, financial difficulties, failed relationship/s, or simply the social stigma of being a woman are some of the causes of depression in women.

For those who deride female depression, just take it from Cecilia Lisbon's response to a male psychiatrist who asked her why she attempted suicide: "Obviously, doctor, you've never been a 13 year-old girl."


†I was hesitant to include Miss Monroe and Jean Seberg as their reported suicide has been a subject of great debate.

For those that deride female depression? Just who are they? It's men that get no sympathy, and they kill themselves 3 to 4 times as often as women.

I personally know some people who don't take female depression and suicide as seriously as its male counterpart, since they thought that women have no capacity to kill themselves. ("Oh, they were prolly pushed from that building," "Somebody prolly forced her to OD," etc.)

And since when did depressed men get no sympathy? Leslie Cheung was mourned by the entire HK population when he jumped from a building. Robin Williams was mourned and sympathized by the world when he hanged himself. No sympathy you say?

"Depressed men are seen as weak."