Rebels With a Cause 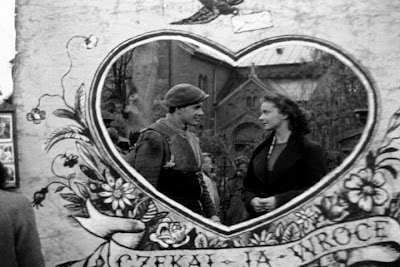 World War II. It's one of the events that forever changed the face of the world. It's also a product of a man's dream of building his own empire. World War II is synonymous with nightmare.

There are a lot of films out there that showed the horror and drama of World War II. But only few really enthralled me. Examples are The Pianist and A Generation; those are two of the films that stayed with me. Those films were able to show life during the war in such a realistic fashion. The latter film is directed by acclaimed Polish filmmaker Andrzej Wajda.

A Generation is about a group of young people in Nazi-occupied Poland. A Generation is Wajda's first feature film; it's also the first part of Wajda's World War II trilogy (the other two being Kanal and Ashes and Diamonds). A Generation also features a young Roman Polanski in a supporting role.

The film is narrated by Stach (played by Tadeusz Lomnicki), a young man driven to put an end to Nazis' cruelty. He meets Dorota (Urszula Modrzynska), a high-ranking official of Union of Fighting Youth. Stach eventually joined the resistance movement and falls in love with Dorota. He recruits his friends for the movement. Together they are all set to conquer the occupiers. 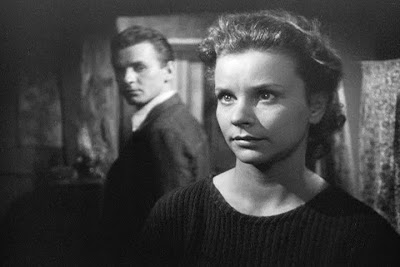 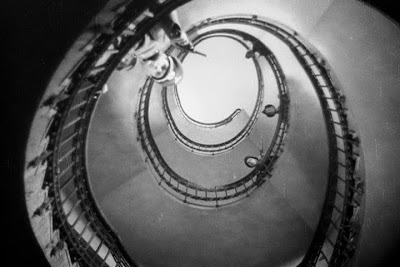 Having experienced the war himself, Andrzej Wajda paints a poignant portrait of a generation fighting for their freedom. A Generation's opening credits are superimposed with a wide panning shot of a Warsaw slum. The panning technique was very effective because Wajda was able to tell a story without any use of dialogue.

A Generation aims to tell us how far these young souls would go for their cause. Wajda fuses drama, thriller, comedy, and romance; all in just 83 minutes. I think the film's cigarette sharing scene inspired Luc Besson to recreate it in his 1985 film, Subway.

A Generation has excellent framing compositions. Some shots are Hitchcockian; especially the staircase scene. The slightly murky texture of the film complements the gloomy backdrop of the story.

Tadeusz Lomnicki perfectly embodies Stach. Although he has a strong physique, Lomnicki exudes this child-like innocence, which Dorota mentioned in one scene.

Almost everything in A Generation is remarkable; from the notable opening scene to the heart-wrenching ending. Seeing the characters' determination is simply inspiring. I found this film very compelling because I found some of me in it.