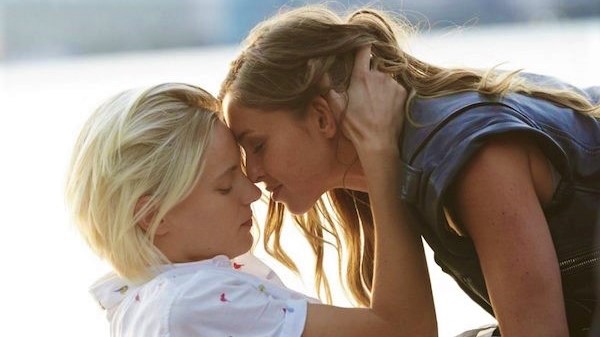 BELOW HER MOUTH
April Mullen, 2016

Below Her Mouth was marketed as "a lesbian movie that finally has the female gaze." And then there's Erika Linder as one of the lead characters. I was excited to watch the film because of its alleged female gaze and the androgynous beauty of Miss Linder. Unexpectedly, my lezzie excitement turned into dykey disappointment.

Allow me to explain why.

Jasmine (Natalie Krill) and Dallas (Miss Linder) are two women on the opposite sides of everything. If we're talking about stereotypes, Jasmine is the femme and Dallas is the butch. Jasmine works in the hyper-feminine fashion industry, while Dallas has an uber-masculine carpentry business. Jasmine is engaged to a man, while Dallas just broke up with her girlfriend. Want labels? Okay. Jasmine is straight (or so she thought), and Dallas is a lesbian (with a certain fascination for the phallic — f*ck that sh*t).

Nevertheless, such tale as old as time could've been less predictable and more exciting if the director only knew how to tell it in a different, more original way.