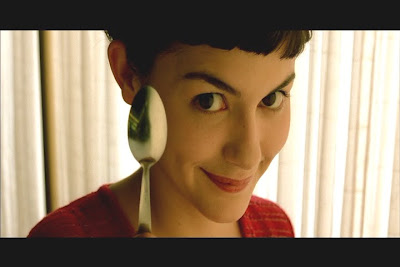 
Wanting to spread felicity is human nature. The feeling that you get after making other people happy is priceless. Most people, even filmmakers, aim to be an instrument of genuine happiness.

Set in the romantic city of Paris, Amélie is an enchanting journey to happiness. Audrey Tautou is Amélie Poulain, a mousy and naïve waitress in Montmartre. As a young girl, Amélie created vibrant fantasies after being divested of an honest social life. She grew up appreciating even the simplest joys and beauties life has to offer. She is also detail-oriented. (The movie theater scene is a perfect example.) After an unforgettable event, our heroine consecrates herself to helping others experience happiness. But will she find her own happiness?

What makes Amélie a joy to watch is its bewitching narrative. Jeunet knows how to make his characters interesting; he regards even their unnoticeable eccentricities. He's like a child who appreciates things adults won't.

The film aims at making its audience happy. And it is a success in doing so. It shows and creates emotions. Because of Amélie's graceful pace, one might find himself smiling while watching this astounding piece of filmmaking.

Tautou shines in the role that made her an international star. Her unworldly appearance perfectly complements the nature of her character. Audiences would probably remember her as the affable Amélie. The supporting cast, including Mathieu Kassovitz and Yolande Moreau, is strong as well. Cinematographer Bruno Delbonnel paints the screen with surreal but enchanting images. 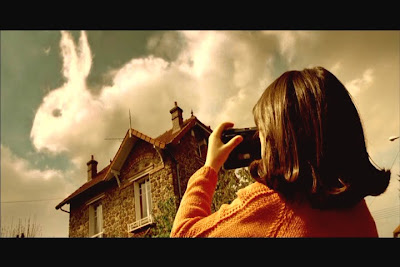 Amélie will melt even the coldest heart. Jeunet's enchanting film is enticing in all its aspects. Simply magical. With Amélie, Jeunet created one of the finest treasures of French and world cinema.