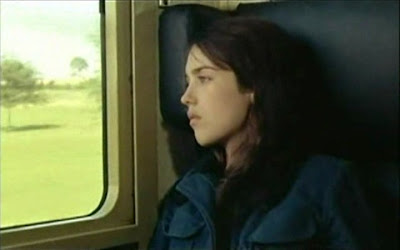 Before La boum — Sophie Marceau's breakthrough film — there was La gifle. The film is a coming-of-age dramedy featuring an 18 year-old Isabelle Adjani in her first major role. It also features Nathalie Baye in a supporting role.

La gifle, which means "the slap" in French, depicts the lives of teenagers in '70s Paris; but the film centers on Adjani's character, Isabelle Douléan. Isabelle is a medical student who lives with her dad, Jean (Lino Ventura). The fact that her parents (Ventura and Annie Girardot) don't live together anymore does not bother her that much.

Love life, cute guy (Jacques Spiesser), an annoying boyfriend (Francis Perrin), exam failure, and yearning for independence are some of the things Isabelle must deal with. These are like a slap in the face for her, it's something unexpected and painful at the same time.

The film also looks at the aspect of fatherhood. It shows us how Jean copes with being a single father to Isabelle. His daughter's transition to adulthood is a big slap for Jean. Isabelle is not a baby anymore, that's a slap Jean must endure. 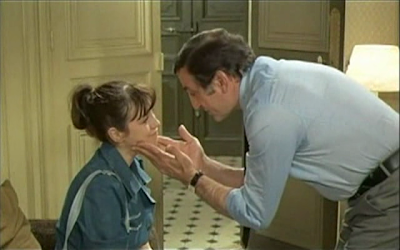 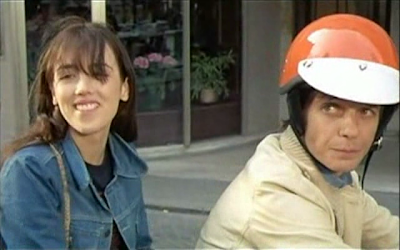 The "childhood to adulthood" plot sounds mediocre, especially in this day and age. La gifle itself is not even spectacular. Audiences get to see Isabelle's first love, first heartbreak, first sex, etc. It's entertaining, but not that sensational.

The chemistry between Adjani and Ventura is lukewarm. Adjani's chemistry with Yves Montand in Tout feu, tout flamme is better. The raw and charming performance of a youthful Adjani is what makes La gifle an endearing film.

La gifle takes us down the memory lane. It has a subtle power to remind us of our own adolescence. The film is good, but I've seen better ones. La gifle is strictly for Isabelle Adjani's fans only.

She is oh so heavenly