Who I Think Sent/Made the Videotapes in "Caché"

by That Film Enthusiast
Although I've said before that Caché's main plot is NOT about who the perpetrator/s of the videotapes is/are, I still like to give my two cents on who might be responsible for the tapes.

I think these people are the...

(Seriously, you shouldn't read ahead if you still haven't seen the film.)

...these people are the ones that could be responsible for... 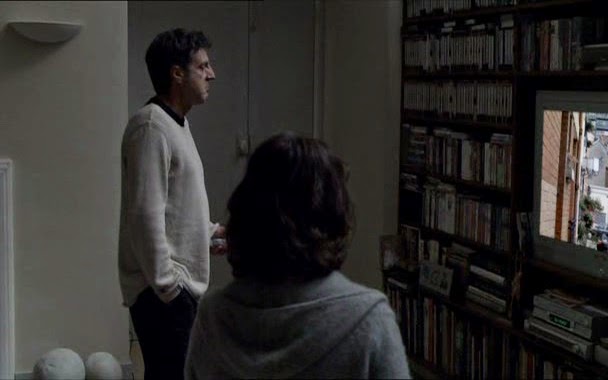 Here are my suspects:

The last scene of the film suggests that these two youngsters are conspiring to teach Anne and Georges "a lesson."

2. Michael Haneke - the film director himself is the one who made/sent the videotapes. Haneke uses the videotapes as a plot device.

3. Us, the audience - some 10 minutes into the film, I realized that we — the audience — might be the "sender" of the videotapes. Yes, we are the stalker of the Laurents. Why? Georges never saw any camera when he passed by the area where the camera might be placed.

That's what we do as an audience, we stalk the characters in a film. There's a stalker in all of us.