The Beauty of a One-Way Mirror 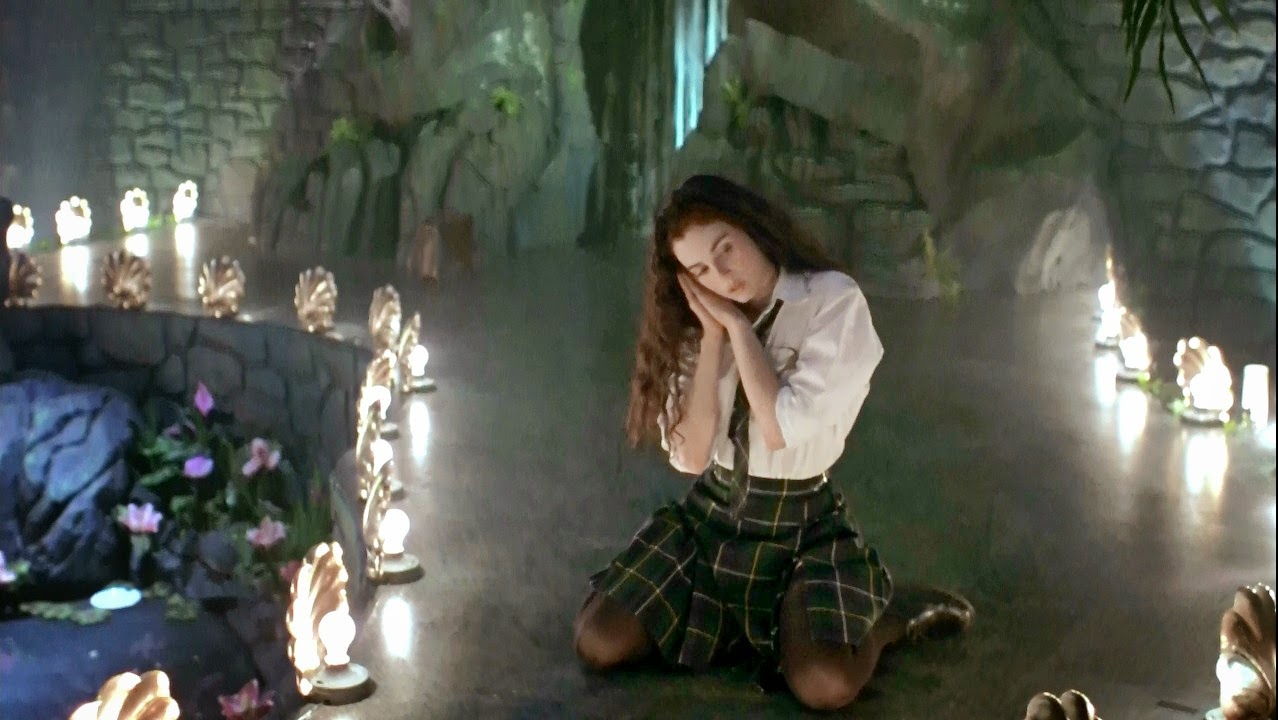 I've always been a fan of surrealism — may it be paintings, poems, or films. There's just this enormous fascination with what's lurking in the great beyond. Predictability just doesn't sit well with me, just as tracing or merely copying a picture doesn't appeal to me as a drawing or a painting. Predictability is emptiness. Chaos is substance. You know what Banksy said, "Art should comfort the disturbed and disturb the comfortable."

Well, Atom Egoyan's Exotica sure disturbed me just as much as it comforted me. This somewhat Buñuelesque film is mostly set in the fictional Exotica, a Toronto strip club where various lives converge to make up a discombobulating tale of love, loss, and heartbreak.

The film opens with the lines, "You have to ask yourself: What brought the person to this point?" and "You have to convince yourself that this person has something hidden that you have to find." Those lines perfectly describe the multilayered characters; there's more to them than what they appear to be.

Francis (Bruce Greenwood) is a broken man ever since the demise of his wife and daughter. He can't let go of his daughter's memory. That's why he pays his niece, Tracey (Sarah Polley), to study music at his house. He also frequents Exotica and pays Christina (Mia Kirshner), dressed in a schoolgirl outfit, to give him a private dance as he says, "Why would somebody wanna do something like that?" (His daughter studied music and wore similar schoolgirl outfit.)

Christina, another mystery of a character, is a young woman who is just as troubled as Francis. She longs for the love of a mother and a father, she longs for a family. Christina shares mutual love and respect with Zoe (Arsinée Khanjian), Exotica's soft-spoken proprietor who could pass as Isabella Rossellini's sister. Theirs is either a mother-daughter relationship or a lesbian one. Egoyan leaves the ambiguity of their relationship to the audience. 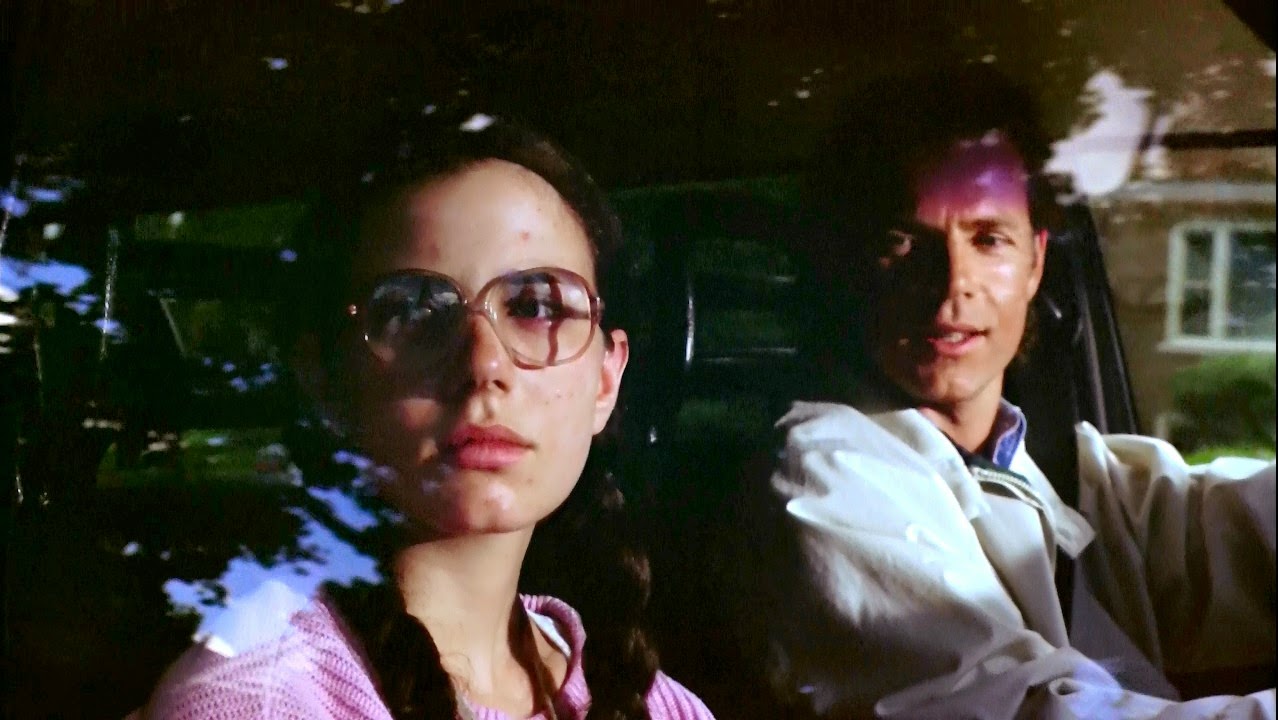 Francis and Christina's relationship, as I interpreted it, is nothing more than a product of their longing. Francis is longing for his daughter, while Christina is longing for a father. Therefore, they need each other to stay alive.

Meanwhile, Eric (Elias Koteas) is Christina's ex-lover. He is hangin' on to his emcee/DJ job at Exotica, because that is his only chance to be close to Christina. Although he may not be as broken as Francis or as troubled as Christina, he also has his own share of heartbreak. We watch as he tries to cling on to that tinge of love that he once had.

And then there's Thomas (Don McKellar in John Lennon eyeglasses), a pet shop owner who smuggles exotic bird species on the side. Born with guilt complex, Thomas also likes to watch ballet at an opera house, followed by some casual sex with random guys — of course he would feel guilty after that. (Guilt probably brought him into this world.) Eric would later become a key figure in Francis and Christina's relationship.

My first acquaintance with Atom Egoyan is Chloe, a 2009 remake of a French film called Nathalie… But would you believe that what led me to Exotica is Mia Kirshner? I'm quite a fan of hers since The L Word, so I checked out her IMDb resumé and filtered her films by its ratings. Exotica rated as one of the highest, so I checked it out. (I've already seen Murder in the First, so I skipped that one.) And I wasn't disappointed. I was offered more than I expected. 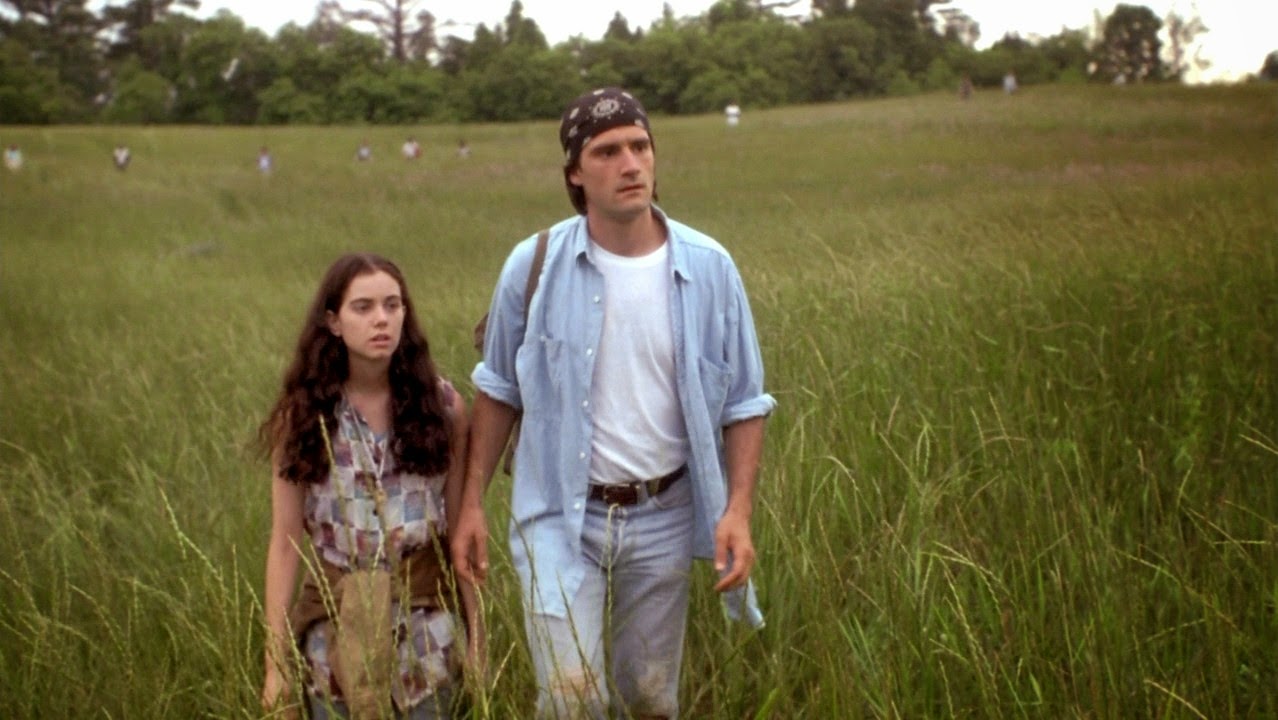 Egoyan perfectly uses the non-linear timeline, which makes Quentin Tarantino's Pulp Fiction (also competing for that year's Palme d'Or) a bit overrated, or Christopher Nolan's Memento a bit mediocre. He doesn't insult his audience with bullsh*t lines. Egoyan uses poetry instead, subtle and thought-provoking poetry that is. "If you think that you didn't ask to be brought into the world, then who did?" — if that isn't thought-provoking enough, I don't know what.

The film has one of the best endings I've ever seen. The last 10 or so minutes perfectly answer the questions that we had about the characters earlier in the film. Egoyan is a clever storyteller. The final shot is sublime: the excellent framing of the pathway leading to Christina's red house, accompanied by eerie music in the background, then a cat appears seconds before the screen fades to black — that single shot is visual poetry at its most haunting.

Bruce Greenwood is convincing in personifying the two personas that inhibit his character. His voice is sexy too. (That seemed random. I just can't help but say it.) Mia Kirshner is charming as usual. She effortlessly combines innocence and sensuality at the same time. The rest of the actors also gave solid performances. 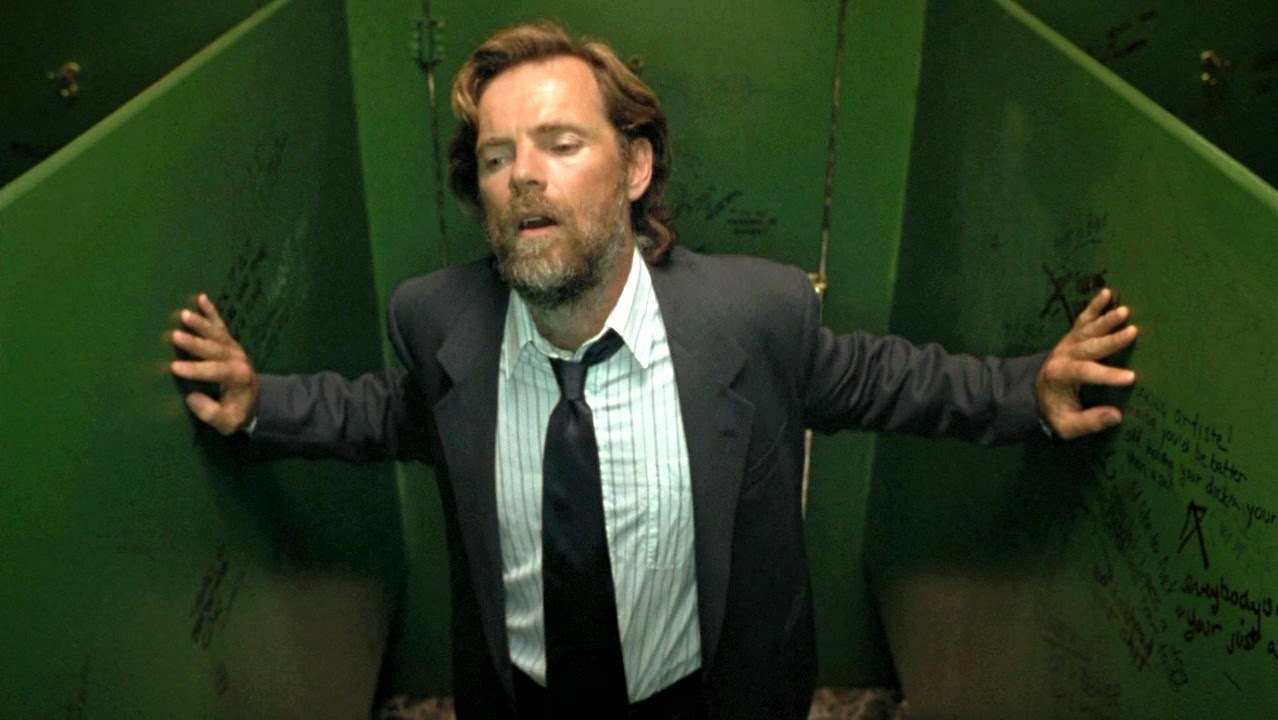 The film's music is by Mychael Danna, the same guy who scored Mira Nair's Monsoon Wedding. Exotica's soundtrack, which prominently uses Leonard Cohen's melancholic Everybody Knows, has that sensual feel into it. Danna's score kinda reminds me of Jocelyn Pook's work for Kubrick's Eyes Wide Shut. (I think I should say it the other way around.)

"Love and longing make people do strange things." I think that's what this film is trying to say. It also shows us how fleeting time and moments can be, as well as how unexpected things can turn a person into a stranger they thought they'd never know. As the film moves on, we get to decipher these f*cked up characters and understand their situation.

If you liked David Lynch's Mulholland Dr. and Blue Velvet or any of Luis Buñuel's later films, you'd probably like Exotica.

The Bunel connection is intriguing.

I agree. It's also one of the last few good films by Atom Egoyan, his latest films are not as good, imo.

The Bunuel connection is not that blatant, but I feel like it's there... just a little bit.