A Great Exercise in Narrative Filmmaking 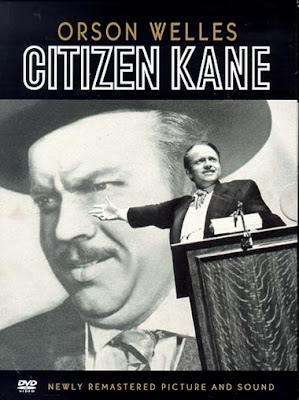 Tagline: The classic story of power and the press.

I've been hearing a lot of buzz about Citizen Kane even before I saw Orson Welles' feature film debut. I believe that my curiosity made me want to see this film. I wanted to know what's the deal with this Citizen Kane, and why is it still popular 68 years later. Most of all, I wanted to know why does this film have the reputation of being the "greatest American film of all time". Why? Why? And WHY?

After seeing the film, my question turned from WHY to HOW. How in the heck did Orson Welles (at age 25) make such a gem of a film?!? How did he invent those magnificent shots? How did he make the dialogues so intense, thought-provoking and touching at the same time? How can he make a film that is 119 minutes long and not bore the audience? How did he make a film so realistic you can almost feel that you're part of the movie? How? Let's check out the film, shall we?

The film begins with a news reel showing Kane's life. We eventually get to see flashbacks of Kane's life, as well as interviews with the people who knew him the most. As the reporter investigates further and as the film moves on, you will see how a fascinating man rose to fame, how he became obsessed with power, and how he eventually fell off the top of the world.

Orson Welles' Citizen Kane was first released in 1941. The film is innovative because of its technical aspects. Long shots, deep focus shots, and extreme close-ups weren't really that prominent back then. Those technical qualities became Welles' trademarks, and was eventually adapted by most contemporary filmmakers like Quentin Tarantino, P.T. Anderson, Sofia Coppola, etc. 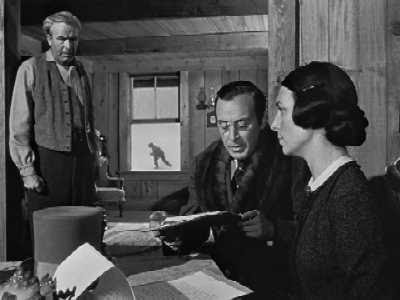 As for the film's musical score, Bernard Herrmann did a great job with it. Hermann also composed music for Alfred Hitchcock's films like Psycho, North by Northwest, Vertigo, etc.

The performances are remarkable, considering the fact that most of the actors in Citizen Kane are newbies in the film industry — most of them came from theater and radio. The actors can make you feel like they're talking to you, that you're actually in the movie. One of the most intense scenes in the film is by Welles himself, during Kane's campaign speech. That monologue is as powerful as Charlie Chaplin's final speech in The Great Dictator. 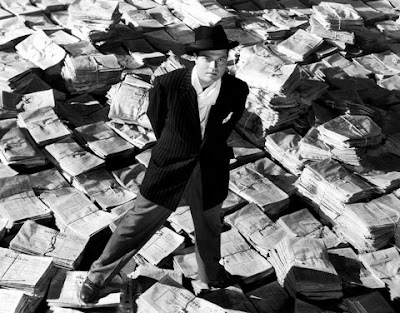 My rating: 4.5/5 - one of the most important American movies ever made and a great exercise in narrative filmmaking.

I like it so much gurl. See you when I see you ... xoxo Zhea Parcon