We Are Who We Are Because of Our Past

by That Film Enthusiast
Hi everyone! Welcome to my blog. Thanks for stoppng by.

I would like to greet all the mothers in the world a HAPPY MOTHER'S DAY!!! You are an inspiration to all of us.

Since it's Mother's Day, I would like to review a film that affectionately shows the aspect of motherhood. 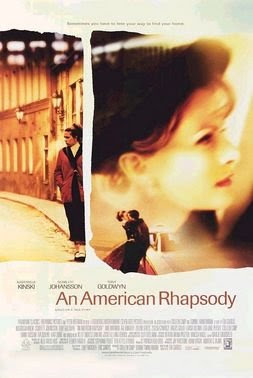 Tagline: One family struggles for survival, for justice, for freedom.

As per Wikipedia: In 1950, a Hungarian couple, Peter and Margit, are forced to flee from the oppressive communist country for the USA with their eldest daughter Maria, but are forced to leave behind their infant daughter Suzanne who is raised by kindly foster couple. 6 years later, Peter and Margit arrange for the American Red Cross to bring Suzanne to their new home in Los Angeles where the perplexed youth is forced to accept her sudden change in home and country which leads to a troubled growing up. At age 15, the rebellious and unsure-of-herself Suzanne tries to come to terms with her roots and decides to travel back to Budapest, Hungary to find her true identity.

An American Rhapsody is a poignant family drama based on the true story of the film's director, Éva Gárdos. The screenplay is well-written, very neat and unpretentious, it's so sincere that it leaves your heart pierced. The cinematography is awesome, it was able to capture the film's persona. The production design is very nice, I especially loved the '50s costume. 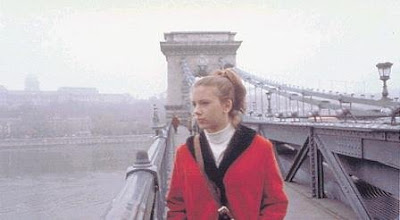 The performances are good. Nastassja Kinski proves that there's more to her than being Klaus Kinski's daughter and an '80s sex symbol. In here, Nastassja plays the role an affectionate and somehow strict mother very well. Tony Goldwyn is also good, a little restrained but very fine. Scarlett Johansson is a real acting talent, she's very effective in most of her scenes. For some reason, I can relate to her character very much. Scarlett gave quite a remarkable performance as the rebellious daughter who desires to know where her heart really is - at her home in the USA with her real family or in Hungary with her foster parents (the people whom she shared her first steps as a baby). Boru Keresztúri as Suzanne (at age 3-5) is cute, her performance is tender and charming. The actors who played Suzanne's foster parents were amazing, their performances are genuine that you can feel their desperate longing for Suzanne.

The ending is very heartwarming, it reminds you that family is one of the most precious things in the world.

All in all, I think that An American Rhapsody is a good film, quite an excellent portrayal of a typical family in a foreign land. 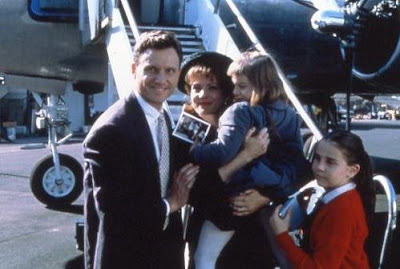 Trailer for An American Rhapsody: