Lez Do It: The Best Lesbian Music Videos I've Seen

Ain't love such a lovely feeling? So lovely, like women. Love and women are basically synonymous with each other; they are both beautiful, fascinating, sweet, moody, and unpredictable. Love and women are a many-splendored thing, but most of all they can make you go insane.

When two females fall in love with each other, it's like a super-gay-lactic explosion of milk and honey, a pretty rainbow you can't take your eyes off. Ever since Blue is the Warmest Color was released... ever since Ellen Page came out... and ever since same-sex marriage was legalized in the US, lesbian and bisexual women are starting to be seen and recognized and, maybe, accepted. Heck, even Philippine TV had its very first lesbian-themed show. 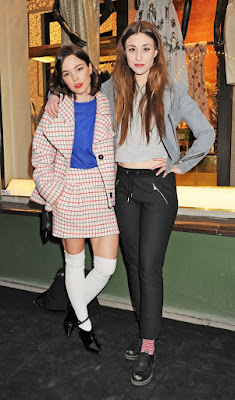 
Avicii is this Swedish DJ who makes awesome music. Some of his hits include Waiting for Love and Addicted to You. If you have seen that Close-Up ad, you're probably familiar with Addicted to You. The track features the victorious vocals of Audra Mae, an underrated singer the world needs to hear.

The music video for the song heavily references the story of Bonnie and Clyde, this time it has two women. Bonnie and Dyke, I mean, Bonnie. Bonnie and Bonnie are played by Swedish actresses Madeleine Minou Martin and Hedda Stiernstedt. We follow them as they rob a pub and a bank.


With a narrative somewhat reminiscent of t.A.T.u.'s Not Gonna Get Us and that music video starring Kate Moss and Devon Aoki, Addicted to You's video is skillfully shot. What I dislike about the video is the way lesbians are represented. I'm not trying to be politically correct here, but, what is this video trying to say about lesbian and bi ladies?

EDIT: At one point in the video, the two women are shown together in bed, cuddling. They are surrounded by naked men, yet their eyes are focused on each other. This is my favorite bit since it perfectly shows their great love for each other. In a world swarmed by men, Bonnie and Bonnie care not about d*cks or other things because all they need is each other. Women don't need men (hi, Cher!) and perhaps vice versa. I like the way it was translated into the video. 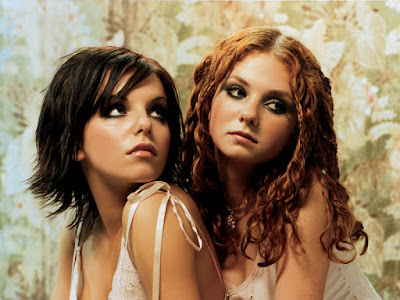 
I used to be a fan of this Russian group, until I learned that it was all for a show... for attention. Nevertheless, this particular video was able to speak for lady-loving ladies.

Initially, we think that t.A.T.u. (Lena Katina and Julia Volkova) are the ones imprisoned behind the fence, while judgy-looking people are looking at them in a condescending manner. And then we see... ah! Just watch the video and check out the twist.


Despite the whiny-sounding vocals of t.A.T.u., I was still able to make it through the end of the video because I know they wanted to say something. Thankfully, they were able to say it: do not be a homophobe if you don't want to be enclosed in the fence of bigotry.

Another Story
The Head and the Heart, 2013 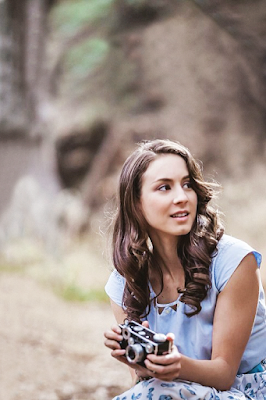 
To be perfectly honest, I'm not really familiar with The Head and the Heart's music. I actually happened upon this video because I'm a fan of Pretty Little Liars, and one of my fave "liars" is Spencer Hastings, played by Troian Bellisario.

Miss Bellisario stars as a lesbian who tragically lost her lover. The actress has been in quite a lot of lesbian projects, mind you. (She starred in dykey short films like Unspoken, Intersect, and Still a Rose.) And I'm not even complaining. One of my celebrity crushes, Miss Bellisario is quite convincing as a lesbian. I seriously want to have a girlfriend who looks like her. Charot.


On the other hand, Miss Bellisario's chemistry with her co-actress is quite "not there." Nevertheless, the video kinda reminds me of Aimée and Jaguar; that feeling of longing for lost love... that's what this video was able to achieve. 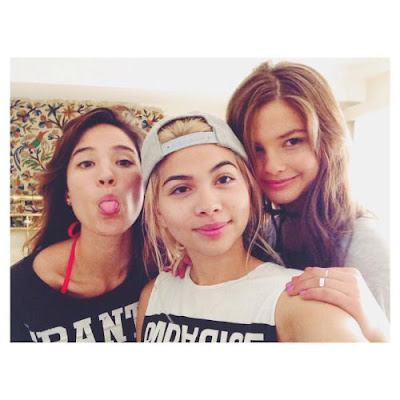 
Song's title says it all: it's about a girl in love with another girl, and she's telling them boys that she doesn't give a single crap about them because she's a lesbian. Coley (Stefanie Scott) is in love with her best friend, Sonya (Kelsey Chow). But the thing is, Sonya is in a seemingly abusive relationship with a guy (Hayden Thompson).

I'm gonna be honest with y'all, this is my most fave video among this list. It goes straight (no pun intended) to the heart, notwithstanding what YouTube trolls might say. The story is very universal anybody – homosexual, bisexual, or straight – can relate to it.


Co-directed by singer Hayley Kiyoko, the video is so cute and sweet and everything that you feel when you're in love for the very first time. The performances are good. Probably known for her lead role in Insidious 3, Miss Scott is remarkable as Coley. She was effective in portraying the complexities of being a teenager secretly in love with her BFF. Her chemistry with Miss Chow is so wow. Cuteness overload.

Scott, Chow, and Kiyoko (Scott's co-star in Insidious 3) are all from the shiny, wholesome Disney channel. (Didn't know they still have Disney, I thought kids nowadays are into DotA.) That's why seeing them working on such a brave project is very impressive. 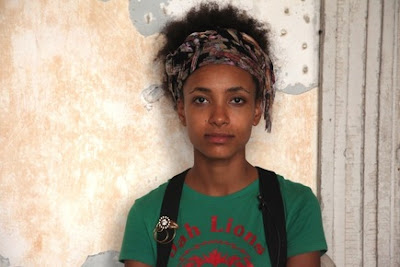 
A jazzy remake of Michael Jackson's hit, I Can't Help It is what you sing when you cannot control your feelings for that special someone.

When I watched the video on YouTube, I was drawn to its narrative. Miss Spalding is in a relationship with a guy. And then she meets this art lady whom she falls in love with. So yeah. Basically, she's cheating on her boyfriend.** Trapped in a loveless commitment, Miss Spalding pursues her new romance with the art lady.


I don't recommend cheating on your lover, but this video is simply romantic you might want to check it out. Random trivia: the video briefly shows a poster of L'important c'est d'aimer, a '70s film starring dykon Romy Schneider. The French movie's title translates into "The Most Important Thing is Love." So maybe the video's director aims to say that love is more important than gender. I agree. 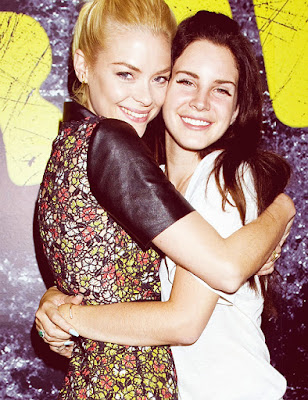 
I've become a "Lanatic" since I heard this track. It's one of my fave songs by Lady Lana, whom I consider the Sylvia Plath of music because her lyrics are reminiscent of Miss Plath's poetry. Song's title says it all: it's about sadness during the summer. Some say it's a breakup song, others say it's about this lady who lost her lover to suicide.

The music video features Miss Del Rey and actress Jaime King (one of the mean girls in White Chicks) as lovers/best friends. Miss King mostly appears as a ghost, Lana's girlfriend who committed suicide. Lana is on the verge of taking her own life the same way her girlfriend did.* So there. It's about summer, lesbians, and suicide. (Why must lesbians always die in a music video?)


Lana and Jaime are real-life friends, so they have a natural chemistry in this video. The video's cinematography has that Instagram filter-effect in it, making the video gloomy and haunting – add to that Miss Del Rey's contralto voice. Quite eerie yet heartbreaking.


*Although most people say it's the other way around; Lana's character is the one who went first, then her girlfriend followed her into the afterlife.

**Some YouTubers say that Miss Spalding's character is actually reminiscing about her ex-girlfriend, the art lady, while she is currently in a relationship with the guy.