Fave Movie Posters: The Silence of the Lambs 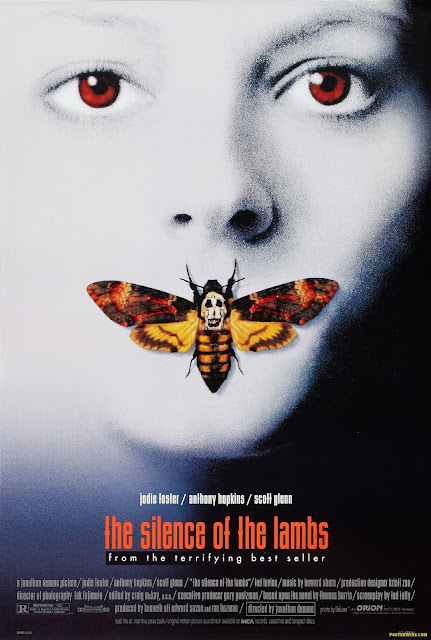 One of the iconic and most creative movie posters of all time, The Silence of the Lambs' poster is a portrait of Clarice Starling (Jodie Foster), whose mouth is concealed by a moth. A significant element in both the novel and the film, the moth is a Death's-head Hawkmoth — the kind that is known for the skull-like image on its thorax.


The "skull" in the poster is Salvador Dali's creepy and racy In Voluptas Mors. I would like to put a link for Dali's work, but it's NSFW.

The film's artwork probably influenced the poster for Wes Craven's Scream. The person in the poster wanted to scream for help, yet they can't because something is hindering them to do so. For Clarice, she's haunted by a past she prefers to forget. She wanted to shout but the silence is overwhelming.