Game of Thrones and Religion 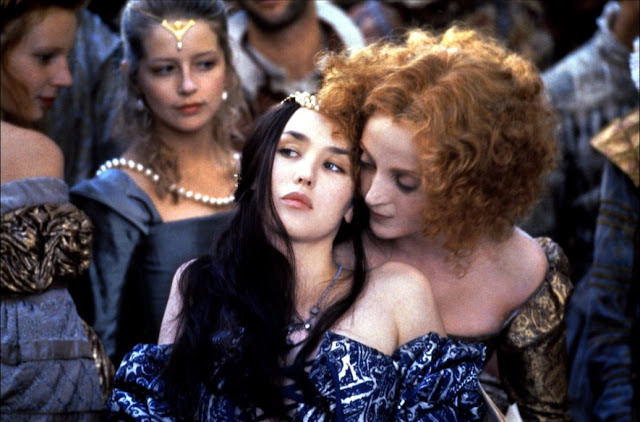 "France is torn apart by the Wars of Religion. Catholics and Protestants have been fighting for years... To quench the hatred, Catherine sets up an alliance for peace: she marries her daughter Margot to Henri of Navarre, her Protestant cousin... Margot's wedding, a symbol of peace and reconciliation, will be used to set off the greatest massacre in the history of France."

Those are excerpts from La Reine Margot's prologue. The Catherine they're talking about is not Catherine Zeta-Jones. Not Catherine Deneuve. Not even Catherine the Great. It's Catherine de' Medici, the Adolf Hitler of 16th century. (Catherine was to Protestants as Hitler was to Jews.) Since the king in throne was reportedly a Mama's boy, Valois matriarch Catherine was practically the king and queen of France for quite a long time.

Millennials probably know Catherine from Reign, a CW series about Mary's life. The romanticized show portrays Catherine as a domineering yet sympathetic mommy with quite a good sense of humor — a glaring contradiction to the Catherine portrayed in La Reine Margot, which was marketed as Queen Margot in English-speaking countries.

Played by Italian legend Virna Lisi, La Reine Margot's Catherine is devious, cold, stoic, and just plain ruthless — exactly the way history describes her. (Miss Lisi's performance is one of the best I've seen.) Catherine's daughter, Marguerite de Valois aka "Margot," is one of the few who defied the matriarch's nasty ways.

Margot (Isabelle Adjani in her late 30s) was forced to marry her Protestant cousin, Henri de Bourbon aka Henri of Navarre aka Henry IV (Daniel Auteuil). Henri was then forced to convert to Catholicism. Oh yes, there are lots of forced situations here, mostly enforced by the force that is Catherine de' Medici. 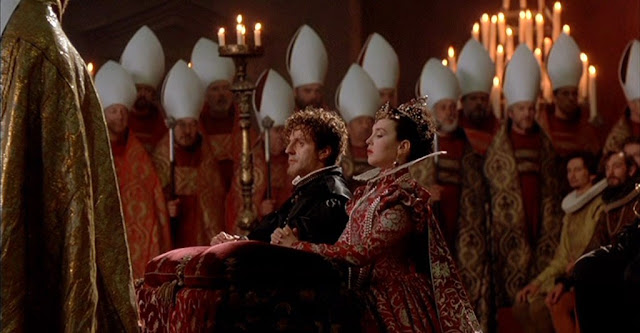 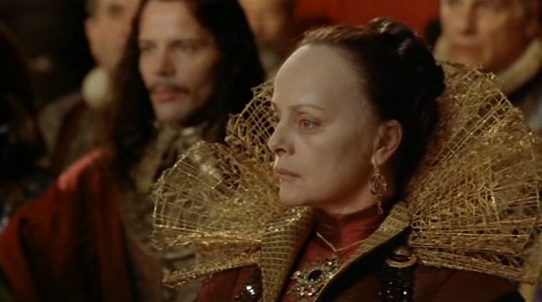 If Hitler had the Holocaust, history reports that Catherine plotted the St. Bartholomew's Day massacre, a religious cleansing of Huguenots aka French Protestants. During the film's climactic genocide, Margot saves a fatally wounded La Môle (Vincent Perez), a passionate Protestant who later became Margot's lover. Margot's love affair with La Môle throws her deeper into the chasm of danger and persecution, mostly by her mother and brothers.

War. Freedom. And then religion. The film discusses religion as a vessel of war, and how blind faith and hunger for power can ignite a fire that could incinerate an entire nation.

The film's religious plotline speaks volumes. It deeply resonates the religious and political issues of our time. In the film, (most) Catholics slay (most) Protestants for "going against the church." Yes, people, there was a time when (most) Catholics were extremists too, although some still are. The Catholics vs. Protestants saga would linger up to the Tudor era.

Alexandre Dumas made Margot the story's focal point, because her wedding to Henri of Navarre became the catalyst for the horrifying genocide; and perhaps because she was the last surviving member of the Valois family.

The film is based on Dumas' novel, which is based on a true story, specifically the St. Bartholomew's Day massacre. There are other film adaptations of Dumas' novel, but this one's probably the best (technically speaking).

Since sexuality is one of the film's major themes, prudes be warned because this film has its fair share of nudity and sex. (Gee. 16th century people were really... really!) 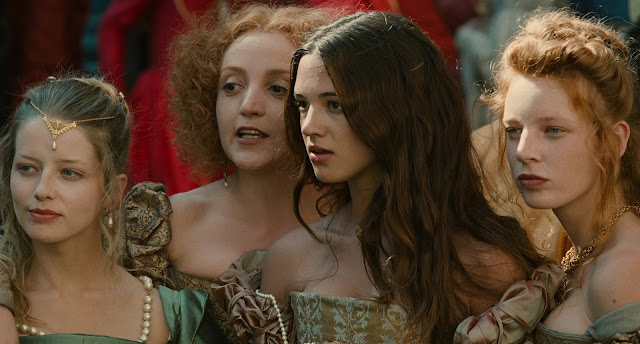 The cast lineup is interesting, especially if you're a fan of European cinema. The screenplay is good. The set design is exuberant. Philippe Rousselot's cinematography is visually intriguing. The music is nice. Isabelle Adjani is beautiful as always. But La Reine Margot is Virna Lisi's show. For her career-defining performance as Catherine de' Medici, Miss Lisi won that year's Best Actress Award at Cannes Film Festival.

One of the best royal movies in my book, La Reine Margot has the ability to make viewers think twice about faith and the concept of human religion.

How far would you go for the sake of your religion?