She May Be the Fate I Can't Escape

L-R: Jennifer Tilly in Bound, Nicole Kidman in To Die For, and Faye Dunaway in Chinatown.

"Hell hath no fury like a woman scorned," as the saying goes. In short, never mess with a woman — especially a femme fatale — unless you want some serious trouble.

According to Wikipedia, "a femme fatale (/ˌfæm fəˈtɑːl/ or /ˌfɛm fəˈtɑːl/; French: [fam fatal]) is a stock character of a mysterious and seductive woman whose charms ensnare her lovers, often leading them into compromising, dangerous, and deadly situations. She is an archetype of literature and art."

Just like Delilah, Catherine Tramell, and Mrs. Robinson, these enigmatic ladies cast their wicked spell on men (and, for some on the list, women), making them as vulnerable as a newborn baby.

Seductive. Mysterious. Dangerous. Behold some of my fave femme fatales. 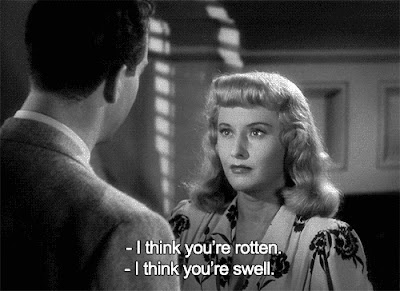 To score some huge money, insurance salesman Walter Neff (Fred MacMurray) conspires with Phyllis Dietrichson. Having a bad wig day, Phyllis gives Walter an indecent proposal, so indecent it involves Phyllis' husband being dead. (Oh, and about that wig. I thought I was watching George Washington in drag.)

She's very reminiscent of those femme fatales in film noir. A tragic character, Evelyn Mulwray is seemingly stoic until her disturbing secret is finally revealed during the iconic "sister daughter scene." Evelyn's vulnerability is what makes her a femme fatale. Evelyn's defenses down, suave P.I. Jake Gittes (Jack Nicholson) does every deadly thing just to save her. Miss Dunaway's performance is one of the film's remarkable moments. 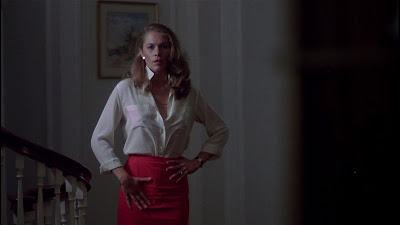 Inspired by Double Indemnity, this '80s sizzler features a young Kathleen Turner in her debut film. Miss Turner is Matty Walker, a married seductress who wraps Ned (William Hurt) around her finger. Body Heat is basically the sexier version of Double Indemnity, only with a major twist at the end. 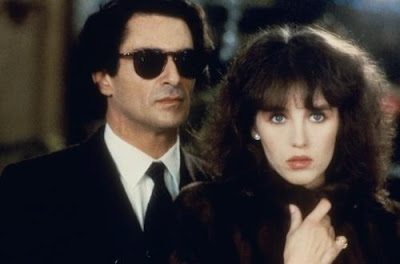 The Eye (Michel Serrault) is fascinated by a deadly and unstable con artist named Catherine Leiris. Le iris = the iris. Catherine is a lone wolf who just can't be stopped from preying on those who fall for her wicked charm, may they be male or female.

The film's title roughly translates into "deadly ride," which most likely refers to Catherine's fatal and vagabond existence, as well as The Eye's journey towards the root of Catherine's evil.

Catherine's remade version is Ashley Judd in Eye of the Beholder, a remake of this French neo-noir.


Suzanne Stone-Maretto, To Die For
Played by Nicole Kidman 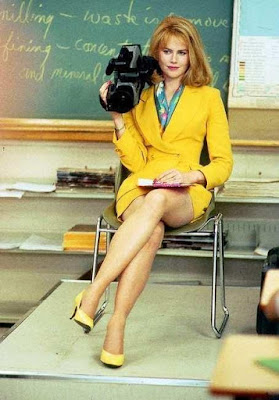 An aspiring news presenter, Suzanne will do all it takes for the sake of her ambition. Everything — including marrying an Italian-American (Matt Dillon) for money, luring a young woman (Alison Folland) with "lesbian tendencies," and seducing a young Joaquin Phoenix into killing her husband.

Aside from her psychotic scheming skills, the other thing that makes Suzanne creepy is Miss Kidman's witchy voice. Directed by that guy who made a lot of gay movies, To Die For features Miss Kidman at the peak of her beauty and career. 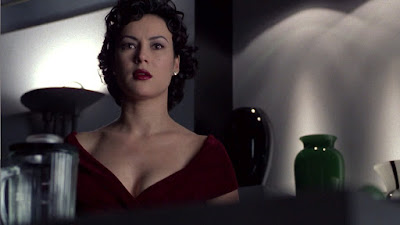 At first glance, Violet looks just like any other eye candy; but no, she's more than just a sexy body. The quintessential femme fatale, Violet is smart and conniving, a clever lady inside a voluptuous body.

I had such a crush on Violet after watching Miss Tilly's performance. Violet is the most distinct among Miss Tilly's characters. Often cast as a bimbo, the actress was able to deviate herself from her trademark role, which is Tiffany (a.k.a. Chucky's bride). 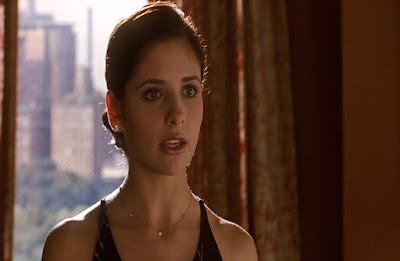 Ah. The pain and boredom of being rich. Kathryn manipulates her stepbro (Ryan Philippe) and everyone else around her just because. Well, it's because she's an antisocial psychopath who is so bored with her privileged existence. Probably the most interesting adaptation of Les Liaisons dangereuses, Cruel Intentions features SMG in her most memorable role since Buffy the Vampire Slayer. 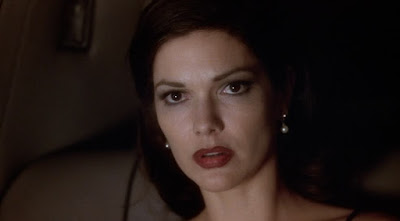 In this convoluted tale of whatever it is, Naomi Watts is seduced into danger by an amnesiac named Rita. Taking her name from the late and great Rita Hayworth, this femme fatale feigns amnesia and illness, luring Betty (Miss Watts) towards the path of danger, or so it seems.

Mulholland Dr. is such a mindf*ck of a movie. At some point in the film, one might think that Rita could be just a figment of Betty's imagination, or maybe the other way around.

Miss Lynd is an accountant hired to take care of James Bond's gambling money. Probably the most mysterious lady on this list, Vesper Lynd is my fave Bond girl. And she is more than just a Bond girl.

Not the kind to just sleep around with 007 at the drop of a hat, Miss Lynd gives the spy a dose of his own medicine by showing him her wit and strength. But beyond her strong persona is a woman with a tragic secret, forcing her to betray 007.

Miss Lynd's memorable line, "I'm the money," perfectly describes her status among the other Bond girls.

In the film, Natalie Portman is intrigued by Mila Kunis, the gorgeous new ballerina in the company. Deeply fascinated by Mila's mere presence, Natalie experiences paranoia and madness, which would eventually lead to her mental downfall.

Mila doesn't even need to do anything to make someone go insane; I mean, just look at that face. Daym. 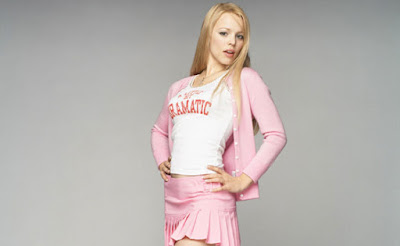 Come on. She is beyond mean. Regina used her popularity to manipulate those who adore her. And she even caused a major riot at her school's campus. So not fetch.