by That Film Enthusiast
"Fave Movie Posters" is a new portion on this humble a-blog of mine. It features some of my fave movie posters, either theatrical ones or those intended as DVD or Blu-ray disc covers.

I'd be honest here, most of the posters I might feature are those by The Criterion Collection, because I find their posters very innovative while still being loyal to the film's thematics.

(A remake starring Orlando Bloom was said to be on the way. Apparently it's still on the way, or maybe it's already off the way.) 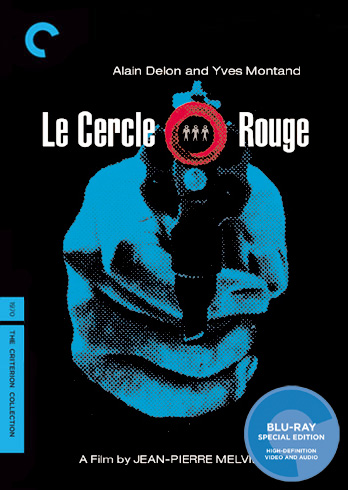 Siddhartha Gautama, the Buddha, drew a circle with a piece of red chalk and said: "When men, even unknowingly, are to meet one day, whatever may befall each, whatever the diverging paths, on the said day, they will inevitably come together in the red circle."

The poster is very commanding and direct-to-the-point (literally and figuratively). I was drawn to the film's calm and collected atmosphere, which perfectly punctuates the film's finale.

The poster is so spot on; it perfectly captures the fate of those three men. Walk the path of Death, and Death will surely come to you in various forms, like the barrel of a gun.