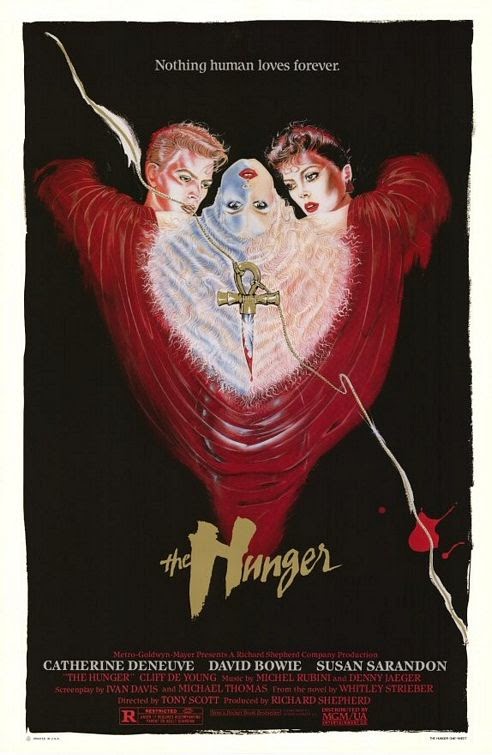 The Hunger was not a critical success during its release. Roger Ebert even called it as "an agonizingly bad vampire movie." Despite the bad reception from the critics, The Hunger found a cult following, most probably because of the goth element of the film (the goth subculture was not really prominent until the early 1980s). Eventually, a short-lived TV series of the same name followed. 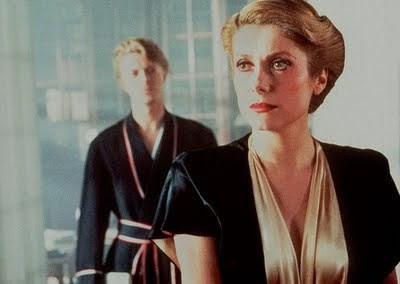 
The characters weren't introduced very well. The pace is slow as a turtle, and the ending is abrupt as a bullet train. The ending looked as if it's saying "that's it... au revoir..." after a dull conversation.

At times, it's even tiresome to watch this movie because of the distorted frames and voices; for example, Miriam's (Deneuve) slow-motioned cry when Sarah (Sarandon) tried to off herself — I found that a bit comedic. There's even a music that sounds like a fart. If it weren't for the charisma of the film's stars, I don't know what would happen to The Hunger.

The film is stylish but pretentious and is lacking in depth and characterization. It made me want to ask for more, not because I liked it, but because I'm unsatisfied. The Hunger didn't satisfy my taste buds, I'm still hungry.


Trailer for The Hunger:

Wow - definitly have not heard of this film before - just another example of good cast does not equal good film it sounds.

"-just another example of good cast does not equal good film it sounds."

you know, this movie has so much against it - no question one of the most nonsensical movies ever - but it is a leisurely stroll through embalmed 80's art direction.
I disagree that Catherine Deneuve is bad in this film. She uses her glacial passivity to good effect, and in repeated viewings, her line readings are quite funny.
David Bowie is excellent as the spoiled vampire who loses his youth. The make up art by legend Dick Smith is easily the best old man makeup in movie history (before Lord of The Rings). It's a disappointment that nude body doubles were clearly used by Deneuve and Bowie, but hey.
The sound design is one of a kind - it's not a good movie, but it's a great bad movie, a slice of luxe new wave bloodsucker life. Until the stoooopid ending.

"it's a great bad movie"

- Indeed a perfect way to describe such film! :)