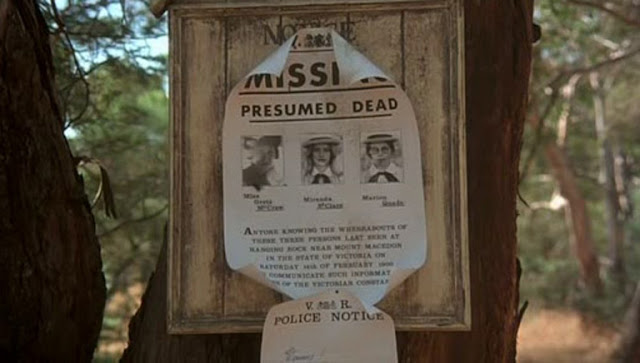 Forsaken by that Lady fair
She glides unheeding through them all
Covering her brow to hide the tear
That still, though checked, trembles to fall

She hurries through the outer Hall
And up the stairs through galleries dim
That murmur to the breezes' call
The night-wind's lonely vesper hymn.

Forming a sense of attachment is often easier than the mere thought of detachment. Change is the only thing that is permanent in this world. That's a fact that we know. So why do we still cling to things of temporary existence? Simply because we want what we can't have.

Panic and frustration engulf the sleepy town of Woodend, as police search becomes more and more futile with each passing day. Like sands through the hourglass, so are the traces of the missing ones. (Days of Our Lives is my fave soapie.)

The beauty of this film lies in the climactic disappearance of Miranda St. Claire (Anne-Louise Lambert) et al., which can be viewed and understood in various aspects. Did they run away? Could they have met a tragic fate at the hands of some rapists? Were they abducted by some supernatural elements? Perhaps they attracted the aliens. It's really up to the audience to form their own theory, or create some semblance of closure which the film doesn't aspire to deliver.

Picnic at Hanging Rock also relies on symbolism to convey its message. Way before Dita Von Teese flaunted it, corsets are almost a basic necessity for women, just like alcohol to an alcoholic. Used mainly for aesthetic purposes, corsets are imposed upon females so that they would become more "ladylike." 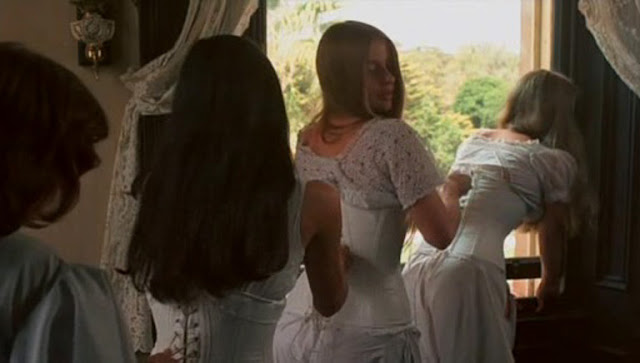 If you're a social anarchist during the Victorian era, or just someone who won't live up to society's standards, you'll find corsets synonymous with shackles — tight chains of society's norms around your waist, suffocating you until you faint to nothingness. So when one of the missing girls came back without her corset, she finally deviates herself from society's definition of an ideal lady.

The swan is quite omnipresent in the film: from the figurines in Miranda and Sara's room, to the cards Sara (Margaret Nelson) wrote her poems on, up to the "apparitions" seen by Michael the young Englishman (Dominic Guard). In one scene, Michael "sees" the swan transforming into Miranda. The swan symbolizes elusive beauty, so does Miranda. Her disappearance affected most of the characters in the film: from her roommate/admirer Sara to the young Englishman she hasn't even met.

Miranda was gone too soon before we got to know her, so we are left with some questions, just like the ones looking for her. Weir's film shows us how those left behind by Miranda are desperate to find her, how they are willing to die for that elusive beauty.

A film with multilayered mystery, Picnic at Hanging Rock has three points of view: that of the audience, of the ones left behind, and that of the disappeared ones. Initially we are merely watching the film. Then we try to solve the mystery by looking for clues, just like the ones left behind. Eventually we ask ourselves: Why not watch the film from the perspective of Miranda et al.?

The film begins with Miranda paraphrasing lines from Edgar Allan Poe's poem: What we see and what we seem are but a dream... a dream within a dream. Miranda could've subconsciously described the world as a dreamscape, and their disappearance could be a metaphor of them waking up from a dream, hence finding themselves in the "real world," leaving the others asleep in their dreams. 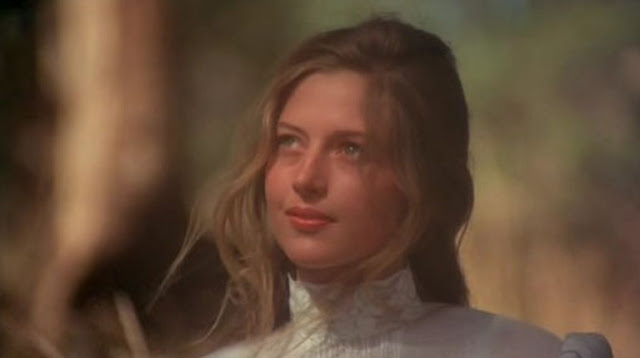 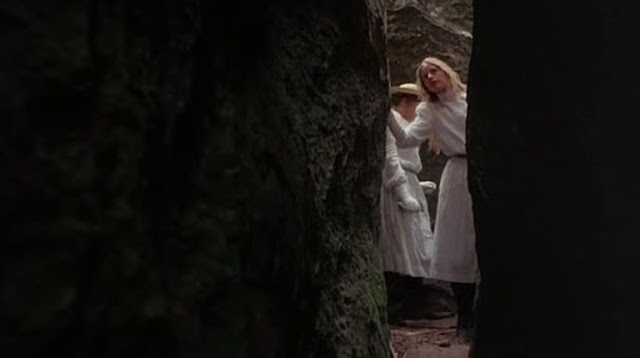 This 40 year-old movie, probably the best of Australian cinema, would always be a favorite of mine. I like getting lost in a film, in a story. Getting lost — that's exactly what Weir achieves in Picnic at Hanging Rock. He takes the audience to a path unknown and leaves him there to disappear in another realm, like Miranda et al.

Some audiences get pissed by open endings. To avoid getting frustrated, it would be better to think that maybe Miranda et al. weren't lost or missing, perhaps they found themselves.

Picnic at Hanging Rock opens the door of your imagination, lets you inside this dreamscape of a film, never gives you the exit key. Perhaps getting out is not the film's notion, and trapping you inside your imagination is its very essence, which is very effective. Indeed, this film imbues your mind the moment you watch it.

Trailer for Picnic at Hanging Rock: