Is There a Way Into the Mind? 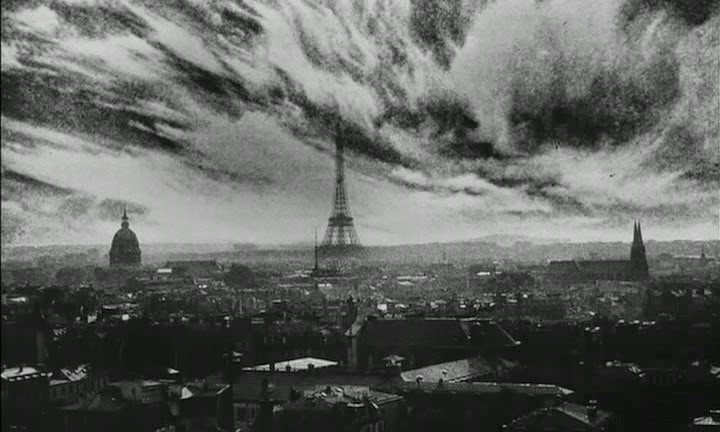 Miss Sylvia Plath once asked: Is there no way out of the mind?

La jetée asks the opposite: Is there a way into the mind? Can lost memories ever be recovered? Can I find myself back in time by way of the mind?

Set in Paris after the fictional World War III, Marker's post-apocalyptic film is a montage of monochromatic photographs. Its main character is a POW (Davos Hanich) who unwillingly becomes the guinea pig of the "victors."

The victors' goal is to procure the basic necessities of the present by traveling to the past then to the future. They do so by subjecting their guinea pig to a series of gruelling mental time travels.

Through a male narrator (Jean Négroni), we learn the story behind the photographs. The POW falls in love with a woman from the past (Hélène Chatelain). Theirs is an on-and-off love story, literally, because the victors can switch off the POW back to the present and away from the past. A love story reminiscent of Jeff Buckley's Grace, particularly these lines: My fading voice sings of love. But she cries to the clicking of time. Oh, time. 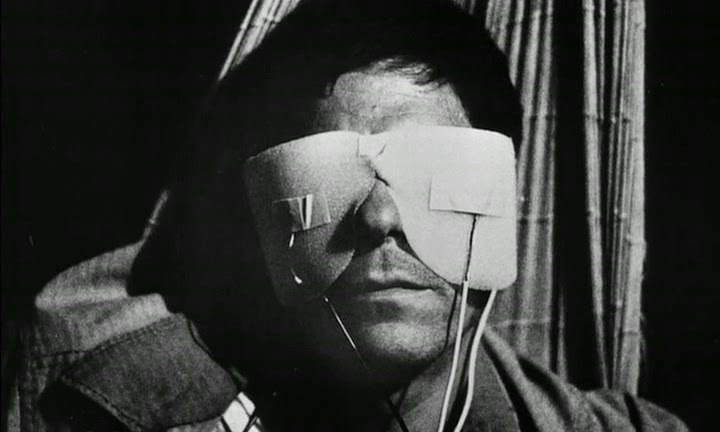 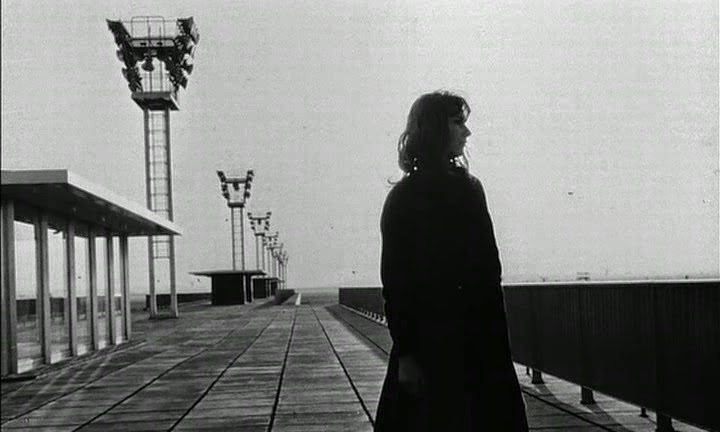 Both the present and the future terrorizes the film's hero. This anachronistic dilemma plays out in a tune that is both mind-boggling and emotionally threatening. The film's title refers to the observation deck at Orly Airport, which is a significant setting for the POW as this is where a major event would happen in his life.

The film that inspired Terry Gilliam's 12 Monkeys, La jetée is approximately 30 minutes long yet it has the ability to resonate in your mind for a long time. The film's ambiance is quite similar to that of Alain Resnais' Nuit et brouillard (Night and Fog), another favorite of mine. Both films poetically examine the human condition after a worldwide tragedy. Both films also have that haunting voice of a narrator, someone who sounds like they've been inside victims' soul.

La jetée instantly became a favorite of mine because of its mesmerizing simplicity. It is a glorious swan dive towards the blissful unknown, a bittersweet inertia amidst the passing-by of time. It's one of those films that can make you look at your own time and existence.