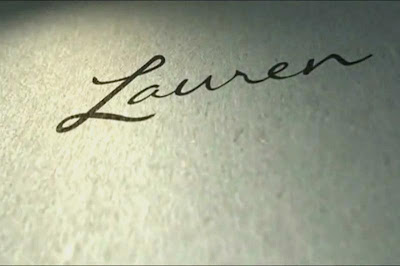 Late last year, WIGS produced a web series called Lauren. It's about a young soldier, Lauren Weil, who was raped by her fellow soldiers. Lauren decided to stand up and seek justice for what happened to her. But will she ever find the kind of justice that she's looking for?

Lauren's first season has three episodes: The Report, The Third Man, and The Suck.

In the series' first episode we are introduced to the title character, Lauren Weil (played by Pretty Little Liars' Troian Bellisario). Lauren — or Weil (as most of the characters call her) — submits her written account of "the incident" to Major Josephine Stone (Flashdance and The L Word's Jennifer Beals) for thorough investigation. The problem is Stone finds Weil's case to be a hopeless one. Stone knows it's hopeless because it really is. That's why she makes it a point to tell Weil that the case is not gonna go anywhere near mother justice. 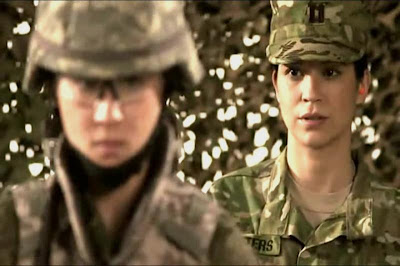 Later in the scene, Weil gets a mild spanking from Masters as the latter tries to make her admit that she wants revenge, not justice.

Meanwhile, Stone finds out who the third man is aka the soldier who filmed the video. (Lauren was raped by two fellow soldiers while being filmed by another soldier.) The third man is a well-connected soldier, someone who cannot be indicted because he is related to one of those military VIPs.

To pour salt on the wound, Major Stone drops the uh-oh news on Weil. A news that would disarm the soldier's heart. As much as she wants to help Weil, Major Stone says she cannot do anything — not because she doesn't want to, but simply because she can't. But why can't Stone help Weil?

Jennifer Beals said on her Twitter: "What these women have to go through. As if serving your country wasn't enough you have to stand guard against your fellow soldier?!"

Lauren is a wake-up call for women. The series is saying, "This is what happens when you stand up." But despite of Lauren's heartbreaking message, the series also gives women hope in a rather unusual way. It reaches deep into your heart and says, "It's okay. Here's what you can do to not let such thing happen to you."

With its powerful scenes and dialogues, Lauren has the power to keep you glued to your PC or laptop or smartphone from start to finish. The plot's progress is at the right tempo. And the characters' transformation is convincing because the audience gets to know them more and more in every single scene. I especially liked how Masters was initially presented as a prick who doesn't seem to care, and then turns out to be the Good Samaritan later in the series.

Bellisario is a revelation as Lauren. I mean it. She's one of the young actresses you have to watch out for. She's impressive in making her voice act with her face. (Because some actors would sound like the world crumbled upon them, yet they still look like they won the lottery.) 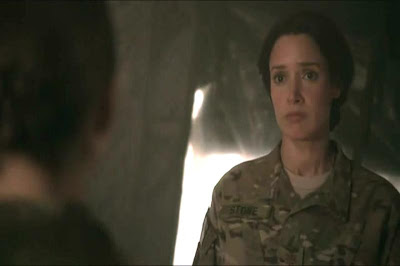 Beals used some sort of a Southern accent as Major Stone. I don't know why, but maybe it's part of her character. And I must say that she has improved a lot since Flashdance. Seriously, Beals was good as Stone; she was able to grasp each layer of her character. I think Lauren is one of her best performances, along with The L Word.

Bellisario and Beals are so fiery in all of their scenes together. Their exchange of dialogue is intense, something that can leave you wanting more. Rawat was equally good despite lesser screen time.

Director Lesli Linka Gater (Now and Then) was able to effectively highlight every facet of the series' plot. There's tension here, there, and everywhere.

The series' dominant color is brown, with its shades in variation all throughout the series. The lighting is mostly dark. (But why not? They're usually in the barracks! Duh.) The composition is nice. I like how they would switch focus from one character to another in just one frame. It's cool. 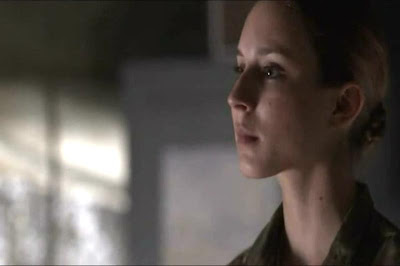 Most women would say "it ain't easy being a girl." It's true. You could ask any women out there if there's any veracity to such statement; I bet that most of them would say, "That's true."

As a woman, I truly believe that it's no piece of cake to work in a testosterone-filled industry like the Army. And no matter how passionate you are in serving your country, most people would always think that you're a woman more than a soldier. (As if being a woman is a weakness. F*ck that.)