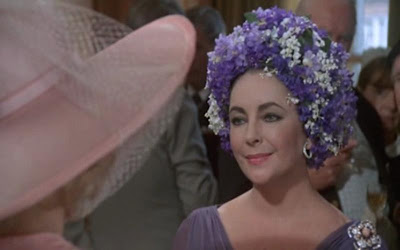 Despite being a murder mystery, the film is packed with hilarious one-liners like:


"I could eat a can of Kodak and puke a better movie."

"(I) love your outfit, darling. What are you supposed to be, a birthday cake? Too bad everybody's had a piece."

It may not be that grand of a film, but The Mirror Crack'd sure has lots of funny moments in it. The first catfight between Marina Rudd and Lola Brewster (Taylor and Novak) is my most favorite.

The film is campy. And although it doesn't stand side by side with Murder on the Orient Express and Death on the Nile, I still found The Mirror Crack'd to be an entertaining film. (Thanks to Liz and Kim's catfights.)

Kim Novak is probably the best Lola Brewster on the big or small screen. The other actresses who portrayed the character were chump change.