Love - once lost, it can never be found. 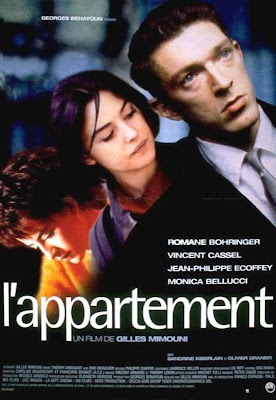 If you had a chance encounter with your long lost love, would you try to rekindle your broken romance with that person? Would you be willing to abandon your bright future in order to go back to your gloomy past? Max (Vincent Cassel) says yes to all those questions.

L'appartement is a brilliant film about the ugliness of obsessive love. Max is haunted by the voice across the wall because it sounds a lot like Lisa (Monica Bellucci), his long lost love. He wasn't able to see her face or talk to her, but he was able to obtain the key to her hotel room. Max lies to his fiancee, Muriel (Sandrine Kiberlain) and cancels his business trip to Tokyo in order to find Lisa. Max goes to Lisa's hotel room, but Lisa's not there. He stays in the room, dwells on the past, and sleeps on her bed. Obsession at its finest. By stalking Lisa's current boyfriend, Max eventually finds out about Lisa's apartment. He goes there only to find a woman (Romane Bohringer) who claims to be Lisa. The charade begins.

The first scene of the film shows how indecisive Max is. He can't choose which ring is the most beautiful, he also can't choose which woman he loves the most. The three rings symbolize the three women in Max's life (Muriel, Lisa, and Alice). Max is a king of limerence. He lied to Muriel because he thinks he has found Lisa. He is very persistent in finding Lisa yet he made love to Alice because she reminds him of Lisa. Max's indecisiveness makes his love for the three women insincere. (That's why Alice called him a hypocrite.)

Alice is a lonely soul. She's so lonely that she peeks at her neighbor, Lisa, in flagrante with a boyfriend. Lisa saw Alice looking at her. Instead of getting pissed, Lisa befriended the lonely Alice and they became very close friends. Lisa is the exact opposite of Alice. Lisa loves to be around people (she's a theater actress), while Alice loves to be around books. Lisa is sociable, Alice is a loner. Lisa loves to talk about romance, but Alice avoids conversations about love. Loveless, Alice immediately falls in love with Max when she first saw him walking down the street. Max still has a funny hairdo and is working at a video repair shop that time. A broken videocam containing shots of Lisa's face gave Alice a possible chance to be close to Max. Unfortunately for Alice, Max fell in love with Lisa when he saw her face on the TV screen, this is when obsession comes in. Max becomes obsessed with Lisa, and Alice with Max.

The names of Romane Bohringer and Monica Bellucci's characters are no coincidence. In my opinion, director Gilles Mimouni intentionally chose the names "Alice" and "Lisa." When pronounced in reverse, "Alice" becomes "Lisa," so does Bohringer's character. Alice transforms herself into Lisa. Alice assuming Lisa's identity is a product of her obsessive love for Max. Alice will be everyone just to be with Max. She even dated/used Max's friend, Lucien (Jean-Philippe Écoffey), in order to get to Max.

Mimouni's film shows us that love is something that we should take very good care of, because once you lose it, you'll never find it again. Max and Lisa loved each other. They might have not taken good care of their love, that's why they never saw each other again. The film also shows us that love should be balanced. Otherwise it will develop into a malevolent force called obsession. A Midsummer Night's Dream is the name of the play featured in L'appartement. Mimouni used Shakespeare's play as an allegory of the situation of the main characters. 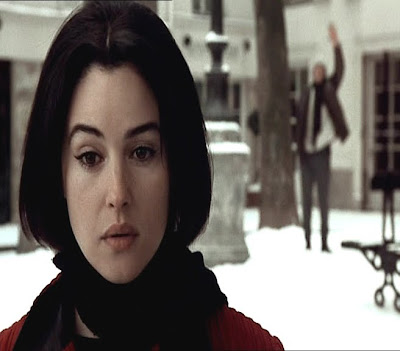 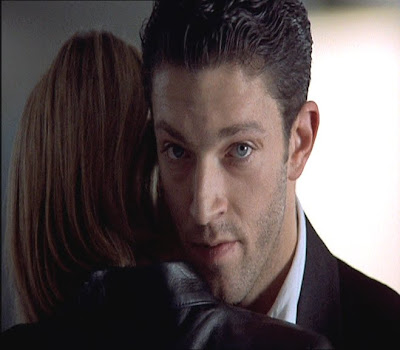 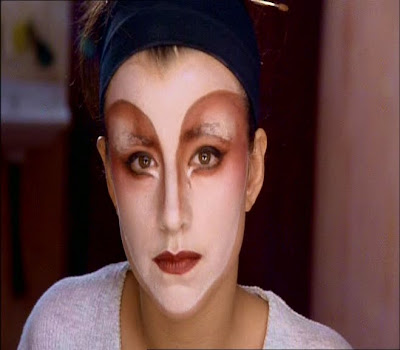 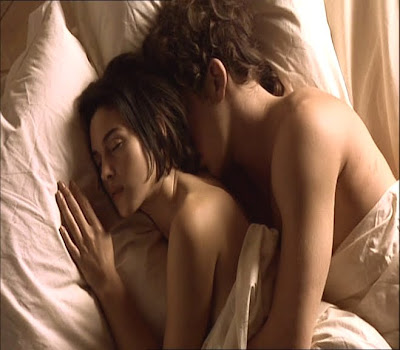 "Water is like time. It whirls by all the time."


L'appartement uses a nonlinear timeline, so we get to know more about the characters and their stories through flashbacks. Not since Chungking Express and Pulp Fiction have I loved films using the usually discombobulating nonlinear timeline. L'appartement was very effective in using such technique. The film becomes more and more entertaining as it moves on.

Real-life couple Vincent Cassel and Monica Bellucci star as Max and Lisa. Cassel has always been one of my favorite actors. He's like a chameleon. I can't believe he's the same man who played the role of Mesrine in the eponymous film. Cassel may not be traditionally handsome, but his dashing charm makes him a joy to watch. He fits the role of a Casanova very well. Bellucci is ravishing, as always. Her beauty makes the film more enticing. She's remarkable as Lisa, but she's even more remarkable as Malena.

Cassel and Bellucci shine in their respective roles, but Romane Bohringer stole the show from them. Bohringer is tremendous as Alice. Because of Bohringer's efficacious rendition, I can't help but feel for Alice (especially during the ending). Peter Chase's magnificent musical score complements Thierry Arbogast's captivating cinematography very well. Splendid.