by That Film Enthusiast
With more than 100 films and counting, Catherine Deneuve is a name synonymous with French cinema. Deneuve has that enigmatic charm, a kind of actress you have to dig deeper in order to appreciate her performance. A subtle actress? Yes. A dull actress? No. I actually think that Deneuve has an adequate emotional range. Her characters are usually profound.

As a birthday tribute to a living legend, allow me to present to you my top five — with two at number five — favorite performances by the beautiful Catherine Deneuve. So far, here they are. 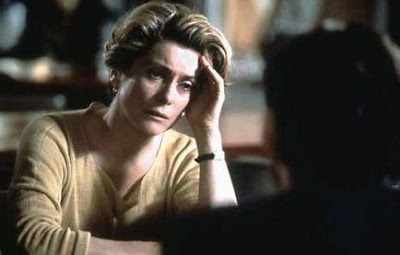 In My Favorite Season, La Deneuve was able to convey many layers of her character. Emilie is an emotionally distant daughter, a sister who tries to conceal her true feelings for her baby brother, an elusive wife, and a misunderstood mother. Deneuve was able to really let her feelings go. Now, here's a character with depth. Emilie might call herself boring, but she's actually an interesting and very human character, and Deneuve was able to portray her with precision.

An excerpt from My Favorite Season: 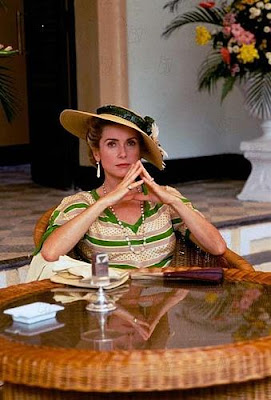 Deneuve is Eliane, a wealthy French landowner in Indochina (present day Laos, Cambodia, and Vietnam). Eliane adopts her friends' child, a girl (named Camille) who was orphaned at a very young age. Eliane treated Camille as her own, and has formed a strong bond with her. But Eliane has to face the fact that they have to part ways soon. Eliane and Camille's relationship is a metaphor of France's relationship with Indochina.

Indochine is where I first saw Deneuve cry. Her performance in the reunion scene was especially moving. The tango scene made me want to learn the tango. 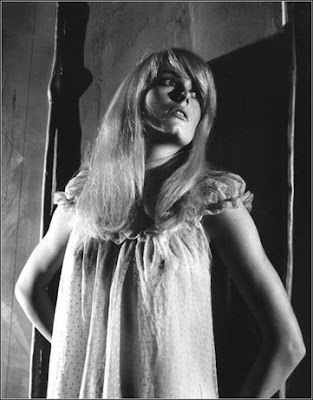 Repulsion is Polanski and Deneuve's first film in English. Deneuve is at her best as the deranged Carol Ledoux. Her character doesn't talk a lot, but Deneuve was able to convey what's going on inside Carol's mind through body language and facial expressions. (That's why there's a lot of close-up shots of her frail *but gorgeous* face in this film.)

An excerpt from Repulsion: 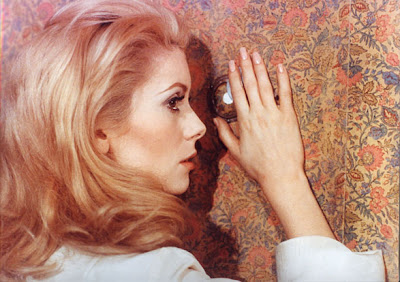 Belle de jour is probably Deneuve's well-known performance. I actually think that if the César Awards already existed in 1967, Deneuve could've won the Best Actress award for her turn as Severine/Belle de jour. Deneuve kept her character as distant from the audience as possible because that's what Severine is: a distant person who prefers to indulge on daydreaming. But Belle de jour is definitely one of the most engaging characters I've seen onscreen. 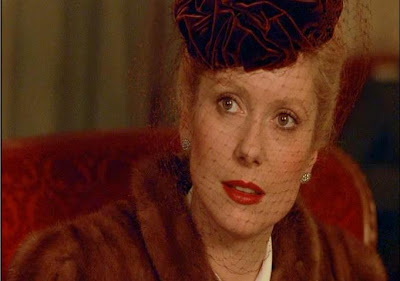 Deneuve plays a former fashion model turned film actress turned theater actress who is torn between two lovers. The Last Metro is also a portrait of a woman who is strong, responsible, authoritative, and is able to always keep her cool. Marion might be composed on the outside, but she's actually vulnerable and anxious on the inside because, after all, she's also human. Deneuve's performance as Marion Steiner in Truffaut's The Last Metro is très bon. She didn't win a César Best Actress award for nothing. Deneuve, along with the film's cinematography, is stunning.

An excerpt from The Last Metro: 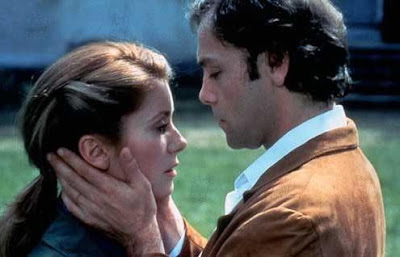 Hotel des Ameriques is the first collaboration of Deneuve and director André Téchiné. Hélène (Deneuve) is a woman specializing in anesthesiology but cannot make herself insensible to her painful past. Deneuve's delicate performance as a lovesick woman makes you want to cuddle and comfort Hélène.

An excerpt from Hôtel des Amériques:

Love all of these films but Indochine, Belle de jour & Repulsion a little more than the others!

Isn't it just fantastic that CD is still making films at that pace? I've never seen her on the big screen (have you?) and I'm definitely looking forward to it!

Hi Violet! Those three films are my top 3 fave Deneuve films too. In order: Belle de jour, Indochine, and Repulsion :)

I'm happy 'cause Ms. Deneuve is still active in making movies. I've never seen her on the big screen yet :(