by That Film Enthusiast
The following are my five favorite films by one of the most influential filmmakers of all time, the Master of Suspense himself, Alfred Hitchcock: 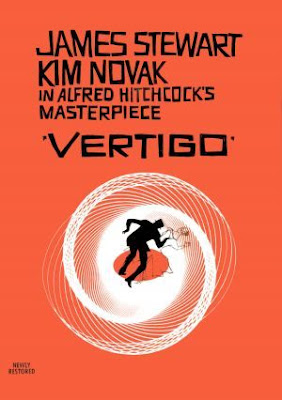 Plot: John "Scottie" Ferguson (Stewart) is a retired San Francisco police detective who suffers from acrophobia and Madeleine (Novak) is the lady who leads him to high places. A wealthy shipbuilder (played by Tom Helmore) who is an acquaintance from college days approaches Scottie and asks him to follow his beautiful wife, Madeleine. He fears she is going insane, maybe even contemplating suicide, because she believes she is possessed by a dead ancestor. Scottie is skeptical, but agrees after he sees the beautiful Madeleine. 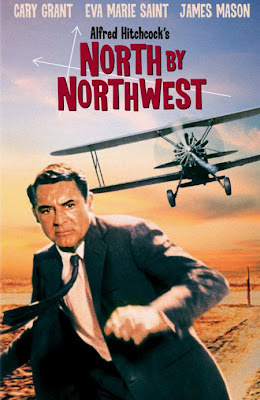 Plot: New York advertising executive Roger Thornhill (Grant) is kidnapped by a gang of spies led by Philip Vandamm (Mason), who believe Thornhill is CIA agent George Kaplan. Thornhill escapes, but must find Kaplan in order to clear himself of a murder he did not commit. Following Kaplan to Chicago as a fugitive from justice, Thornhill is helped by beautiful and enigmatic Eve Kendall (Saint). In Chicago, she delivers a message to Kaplan that almost costs Thornhill his life when he is chased across a cornfield by a crop-dusting plane. 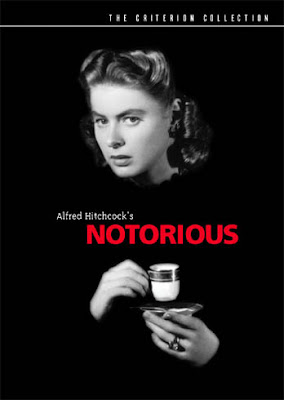 Plot: Following the conviction of her German father for treason against the U.S., Alicia Huberman (Bergman) turns to alcohol and men. She is approached by a government agent named T.R. Devlin (Grant) who asks her to spy on a group of her father's Nazi friends operating out of Rio de Janeiro. A romance develops between Alicia and Devlin, but she starts to get too involved in her work. 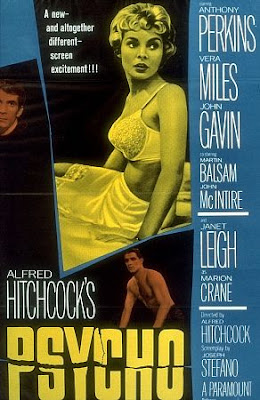 Plot: One of the most celebrated films of all time and Hitchcock's most popular film, Psycho tells the story of a young woman (Leigh) who steals $40,000 from her employer's client, and subsequently encounters a young motel proprietor (Perkins) too long under the domination of his mother. 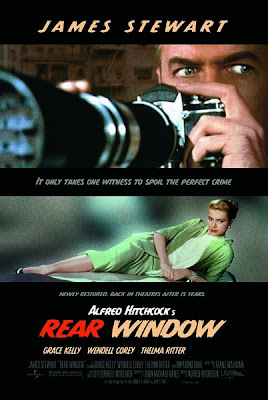 Plot: The film that inspired 2007's Disturbia, Rear Window is about a photographer (Stewart) who spies on his neighbors from his apartment window. He is convinced that one of them has committed murder.

nice looking blog, not that close to my top 5 Hitches
North By Northwest
Strangers on a Train
The Lady Vanishes
Psycho
Foreign Correspondent