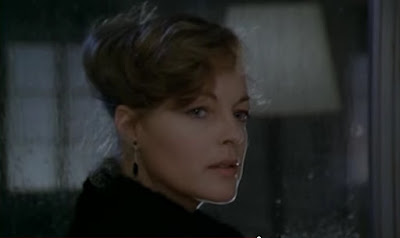 Romy Schneider was approaching her final years as an actress and a human being when she filmed 1981's Garde à vue. A year later, the Austrian-born actress died of cardiac arrest.

Romy is Chantal Martinaud. Appearing 52 minutes into the film, Romy was barely in the movie yet her lingering presence is probably the film's biggest draw.

For me, her most memorable moment is her initial acquaintance with Inspector Gallien (Lino Ventura), which is also her first scene. 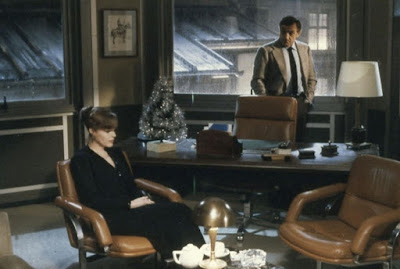 The film takes place on a rainy New Year's Eve, hence a somewhat melancholic ambiance dominates the film. What made Romy's presence unforgettable for me are her voice, facial expression, and body language — the totality of her character almost mirrors her actual life. That unapologetic sadness in her voice is reflected on her face. Life's enormous heartbreak, the tragedy of existence.


Somebody uploaded the entire film on YouTube. Skip to 52:00 for my fave movie moment: