A Personal Apocalypse Now and Then 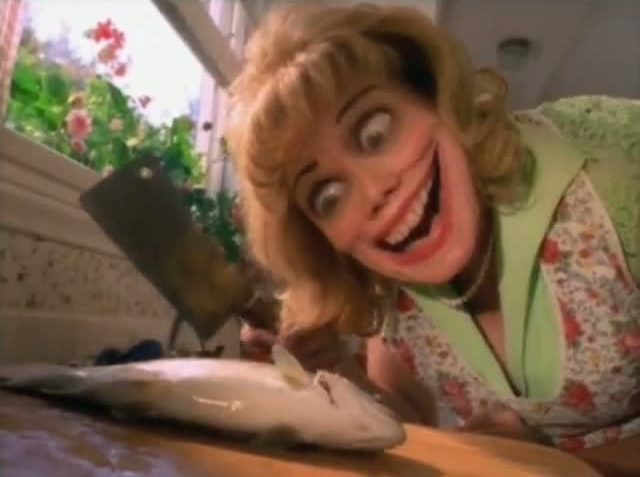 I grew up listening to '90s music, mostly pop — basically anything that comes out of an FM radio, which was a refuge for an eight year-old who is tortured by cheesy old songs that are permeating the Sunday airwaves. A shelter from her father's daily dose of Elvis' songs.

Whenever the King would haunt me in a somewhat annoying and redundant manner, I would turn on my cassette player (mostly the Spice Girls and those silly boybands who sound the same). Sometimes I would tune in to MTV and watch a bunch of music videos. (Yes. MTV used to play music videos before they were infested by the "reality show" crap.)

Aside from Madonna's controversial videos, most videos during the '90s are usually unspectacular to the point of them looking alike. So when I came across Soundgarden's Black Hole Sun, I was initially astounded. It still haunts me to this day. In a nutshell, the video is a surrealistic apocalypse, something that you'd see in a beautiful nightmare.

I don't know how to clearly describe the music video for Black Hole Sun. How about this: it had people with creepy, stretchy faces, smiling like a bunch of Cheshire cats. Oh, and there's also this apocalyptic scene wherein the black hole sun sucks the lot of them.

The video — just like the song's lyrics — has a vague message. It can be interpreted in so many ways, depending on the viewer. Although Soundgarden lyricist and vocalist Chris Cornell didn't say that the song is about depression and suicide, the chorus itself sings so.

Black hole sun, won't you come? And wash away the rain.

It's ironic because the rain is usually the one that washes away something. And it's obvious that rain rhymes with pain. It could be a wordplay. Perhaps Cornell really wanted to sing:

The latter part of the song says it all:


Hang my head
Drown my fear
Till you all just
Disappear

He really wants to get rid of life. This is a really personal song dressed as an apocalyptic video. The director, Howard Greenhalgh, is the one who came up with the idea for the video. He did a good job playing out the video's ironies. The way those suburban people seem happy despite their creepy facial dilemma, still grinning as the apocalypse consumes them.

Earlier in the video, the zealots are holding a placard that has "The end is nigh" written on it, and then another that has "Faith saves" on it. They, too, were eaten by the black hole sun. So maybe this is also a blatant punch in religion's face.

It is mostly set in a middle-class suburb. Why? Maybe because the suburb is a comfortable setting, hence making the black hole sun's fury more hellish and vehement.

Black Hole Sun's video has innovative special effects, which could still be impressive even by today's standards. The video's surrealistic tone blends well with the song's lyrics. Indeed Greenhalgh made an ambitious effort, a timeless contribution to surrealism and filmmaking itself.