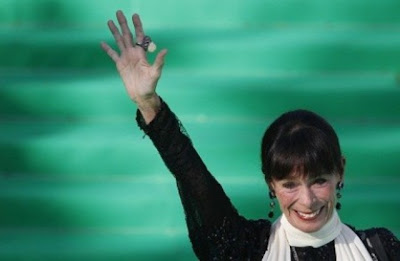 Yes, she has her father's surname. Looks a lot like him. But there's more to Geraldine Chaplin than being Charlie's daughter.

With more than 100 films to her credit, Geraldine surely made a name for herself. She has established a prolific career in Spain, France, and Hollywood. Geraldine has also worked alongside celebrated directors like Robert Altman, David Lean, Alain Resnais, Carlos Saura, and Almodovar.

Aside from sharing the same age with my mother, the other things I admire about Geraldine are her grace and versatility. She can be gentle, scary, funny, heartbreaking, annoying, and/or sexy. She can convey a variety of emotions very well. And (I know I've said this before) I simply love her onscreen presence. She has that effortless charm on her.

Here are my top five performances by Geraldine, the other Chaplin. 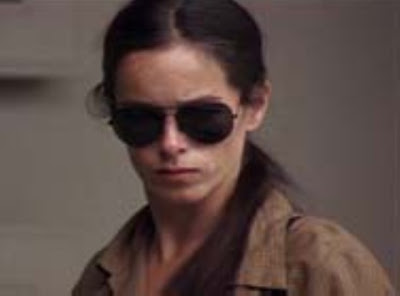 Geraldine is Emily, a chain-smoking woman who just got out of jail. She moves into a Californian suburb and stalks Anthony Perkins and his wife.

Perkins is good, yes. So is his real-life wife, Berry Berenson. But this film is Geraldine's show. She gives a superlative performance as Emily. She is fierce yet fragile. Strange in a scary way, yet she makes you feel like she's worth your sympathy.

After watching this film, one would definitely remember Geraldine Chaplin's name.

An excerpt from Remember My Name: 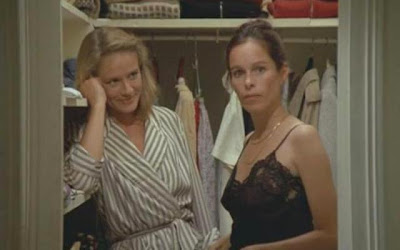 L-R: Dominique Sanda as Helene. Chaplin as Lucie.
(Photo belongs to its owner/s. I don't own or claim to own this photo.)

In this forgotten film, a pallid and painfully skinny Geraldine is perfect as Lucie, a thirty-something woman with low self-esteem. Along with her childhood friend, Helene, Lucie embarks on a contemplative trip on a French countryside, where she hopes to improve her self-confidence.

Le voyage en douce is a bold statement about sensuality, female sensuality. It shows us excerpts from Lucie and Helene's sexual fantasies. It also attempts to suggest that Lucie and Helene have lesbian tendencies. And that's it. The film is quite snatchy and frustrating because it doesn't aspire to introduce the characters in a deeper way. But I love how the film hardly uses any music (except for the opening song); it really gave me a "sentimental journey" mood.

Geraldine brings candidness to Lucie. She also shares quite a wonderful chemistry with her co-star, Dominique Sanda. If it were not for the actresses' performances, the film would fade into total oblivion. 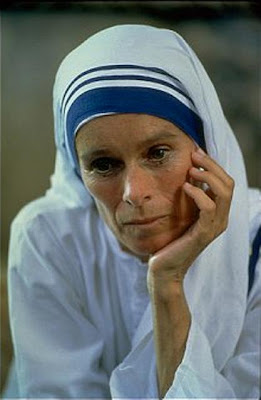 The film chronicles the life of the Blessed Mother Teresa; from her early days at St. Mary's High School in Calcutta to her acceptance of the Nobel Peace Prize in 1979.

As we all know, Mother Teresa is one of the most influential people of all time. She's also one of the strongest characters to exist on film. So strong that she can overshadow any actress portraying her. But Geraldine nailed it as Mother Teresa; she's got the walk and the talk.

Geraldine not only portrays Mother Teresa, she becomes Mother Teresa. Her heartfelt portrayal of a woman who devoted her life in helping poor people is truly amazing.

L-R: Dave Peel as Bud. Chaplin as Opal.
(Photo belongs to its owner/s. I don't own or claim to own this photo.)

Just like most of Altman's films, Nashville consists of a large ensemble cast. But Geraldine didn't fail to stand out as Opal, a self-proclaimed BBC journalist.


Geraldine is off the wall as Opal. She perfectly transmits Opal's insanity, which resonates in Aunt Glady a.k.a. Geraldine's character in 1995's Home for the Holidays. 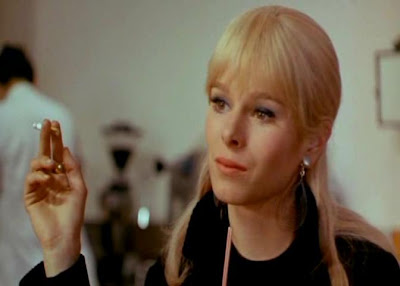 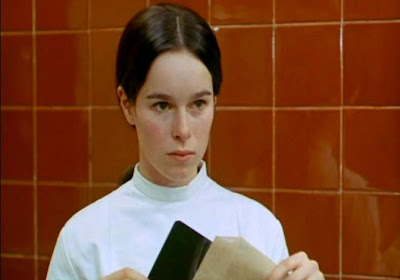 In her first collaboration with Saura, a young Geraldine plays a dual role: Elena and Ana. The film is about a middle-aged man who becomes obsessed with his childhood friend's wife.

Geraldine is a darling as Elena. Sweet as candy, and cute as a button. And a remarkable dancer too. (Check out her dance scene.)

As the shy but sly Ana, Geraldine is full of mystery and suspense. There's just something darkly enigmatic that lurks behind her timid glance.

Geraldine's grace and versatility as an actress is so evident in this film. She was able to make Elena and Ana totally different from one another. It's almost hard to believe that they are played by the same actress.

An excerpt from Peppermint Frappe:


I find her fascinating with off-beat taste in all things. A true bohemian who still fits to any situation with any assortment of people. She's intelligent, talented, curious, generous.