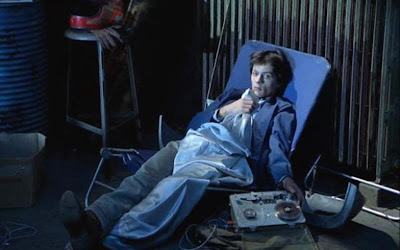 "Commerce should adapt to art, and not art to commerce."
- The Diva

The 1980s saw the emergence of cinema du look, it's kinda like the decade's nouvelle vague. "Youth versus the authority" is one of cinema du look's basic themes. Diva signaled the birth of this new era in French cinema.

Diva's hero is Jules (played by Frederic Andrei), a young man who suddenly finds himself in imbroglio. Jules doesn't look like the type of guy who'd get into any kind of trouble; he is polite and lanky. He also makes an honest living as a postman.

Trouble and Jules are not synonymous. Not until he illegally recorded the concert of Cynthia Hawkins (Wilhelmenia Wiggins Fernandez) for his personal use. Cynthia, the title character, strongly refuses the idea of being recorded. Unknown to Jules, a pair of bootleggers/gangsters is aware of Jules' endeavor and wants to have his first-rate recording of the diva's concert. 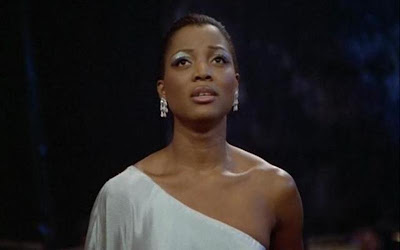 Wiggins Fernandez as the diva

Meanwhile, another pair of gangsters and the police think that Jules has the cassette tape that would expose the leader of a prostitution ring and a drug syndicate.

Meanwhile, Jules finds new friends in Alba and Gorodish (Thuy An Luu and Richard Bohringer). Gorodish is a philosopher, and Alba, a thief, is his muse. Jules also captures the attention of Cynthia, and they form a somewhat symbiotic relationship.

Diva excels in all levels: action, comedy, drama, romance, and thriller. The subway chase sequence is an unforgettable ride.

The cinematography is boasting with natural beauty. The lighting is usually lambent; Philippe Rousselot often utilizes shades of blue. The color volume is very impressive. I especially love the shots of a rainy Paris, the trees in the jungle, and the sunrise outside the lighthouse. Gerard Marcireau did an awesome job on the set design; Gorodish and Alba's crib and the prostitute's pad are seductive. 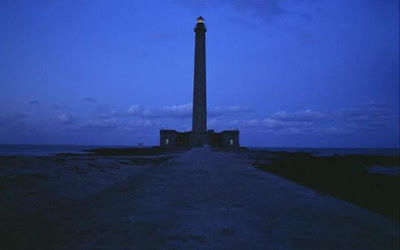 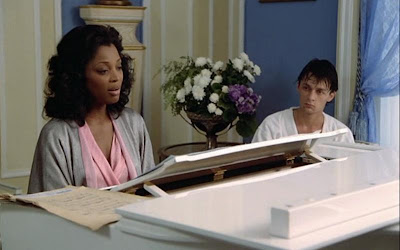 Although Andrei possesses a boyish charm (he looks like a slender version of Tom Welling), he is just okay as Jules. His performance is not that bad, but it could still be better. Andrei exudes innocence, which is a perfect fit for his character. I first saw the actor-turned-director in the sensual Le voyage en douce. In the 1980 film, Andrei played the role a young hotel room attendant who shares a French kiss with Geraldine Chaplin.

A real-life opera singer, Wiggins Fernandez is engaging as Cynthia. Her voice is splendid. I love her rendition of L'air de La Wally, it's uplifting. As of the moment, Diva is her first and only film.

The supporting actors are mostly good. Bohringer is even more impressive here than he was in Subway. With the help of his calm and collected onscreen persona, Bohringer makes Gorodish look so cool. Even cooler than any CGI-powered superheroes that are parading the silver screen lately.

Diva sings a rare tune; it is a film that has style and substance. It tackles social issues (e.g., piracy and corruption) without inducing boredom. It's also stylish without going over the edge. One word after watching the film: wow.