Not For the Depressed 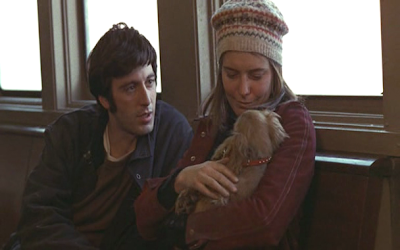 Photographer Jerry Schatzberg reached a cinematic high with The Panic in Needle Park, his best-remembered film. The film also served as Al Pacino's calling card for the Michael Corleone part in The Godfather.

The Panic in Needle Park is about a group of junkies in needle park, but the film's focal characters are Bobby and Helen. They are trapped in needle park. Although they're not in prison, they are captives. Pacino is Bobby, and Kitty Winn is Helen.

The Panic in Needle Park is less stylized compared to Trainspotting, which also had heroin addiction as its leitmotif. The wonderful thing about Schatzberg's film is it approaches the audience in a very casual way, no sugarcoating or whatsoever. It almost looked like a documentary. The film doesn't have any music at all; the actors barely have any makeup on. Schatzberg uses the elements (e.g., extreme close-ups, shaky camera) that can be found in truthful cinema, also known as cinéma vérité. 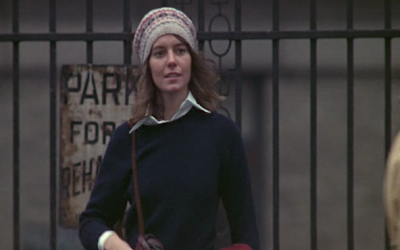 Helen is a character who is scared of being alone. She found comfort in Bobby, that's why she's too afraid to leave him. Inside this woman is a lost child. Kitty Winn is emotionally arresting as Helen. Her cuteness makes it more hard for the audience to see her in such plight. Winn's portrayal of Helen stays with you, just like the film itself. That scene with the puppy on the ship is heartbreaking. For her performance in this film, Winn won the Best Actress Award at the Cannes Film Festival. Al Pacino has always been a charismatic presence onscreen even before The Godfather. In here, Pacino is like an amateur Michael Corleone. 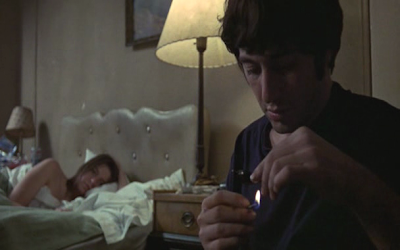 The film does not babysit the audience. Schatzberg leaves it to the audience to experience what these characters are going through, and how fucked up their situation is. Schatzberg does not attempt to play god by preaching suggestions on how to solve the character's problems. Instead he opens our eyes to Bobby and Helen's problems. We know from the start that Bobby and Helen won't experience a "happily ever after" kind of ending; that their lives won't change as long as they're stuck in places like needle park, or as long as they don't stop shootin' up. Life for Bobby and Helen would be an endless cycle of misery. They are like the characters in La haine, a 1995 French film about the lives of three young men in a repressive suburb.

The Panic in Needle Park is a rare film. It is a film that honestly looks at real issues; very few films do that nowadays.


Trailer for The Panic in Needle Park:

I thought Pacino and Winn were absolutely brilliant in this movie, and it's criminally underseen. Check out Schatzberg's Scarecrow (again with a brilliant Pacino, and Gene Hackman added for good measure), and Street Smart (with a tremendous Morgan Freeman, in his breakout role) if you haven't seen them already.

Thanks, Kyle. I'll check them out.