The Code of Silence 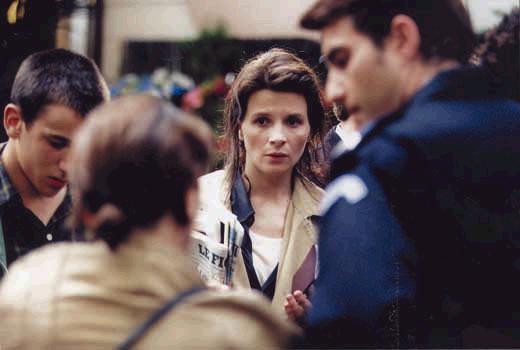 Ah. The feeling of wanting to say something but can't say it. This dilemma is what Austrian auteur Michael Haneke explores in Code inconnu: Récit incomplet de divers voyages (otherwise known as Code Unknown).

It all started with a piece of thrown garbage. From there we see a series of vignettes about various lives, people who are trapped in various worlds of silence.

Jean (played by Alexandre Hamidi), an angst-ridden farm lad, is sick and tired of his emotionally distant father (Sepp Bierbichler). He runs away to live with his brother, an out-of-the-country photojournalist (Thierry Neuvic). Instead, Jean finds his brother's girlfriend, Anne Laurent (Juliette Binoche), who gives Jean the key to their apartment. Being the douchebag that he is, Jean throws a piece of garbage at Maria (Luminița Gheorghiu), a foreigner begging on the street because she just lost her job as a newspaper vendor. Amadou (Ona Lu Yenke), a Frenchman of African origin, sees Jean's rudeness and demands Jean to apologize to the old lady; when Jean refuses to do so, the two guys fight, causing the police and Anne to enter the scene.

Communication, or the lack thereof, takes the center stage in Code Unknown. In this film, Haneke shows us different kinds of muteness: physical, foreign, forced, and self-inflicted.

There's physical muteness, or having to say something but lacking the efficient means to say it. This is shown during the film's very first scene in which a mute girl is miming words in front of other mute children. The mute children open and close the film with their silence, accentuating the film's dominant theme. 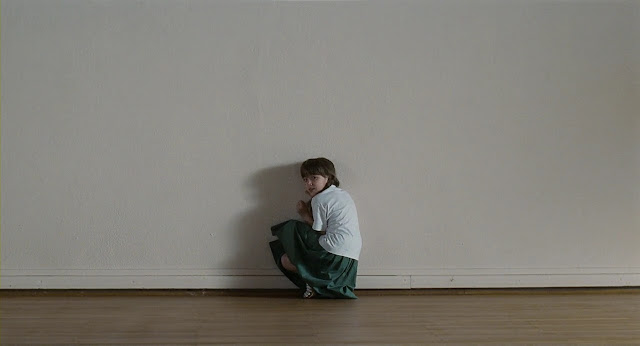 And then there's the foreign kind: wanting to say something in a land that doesn't speak your language. This is Maria, a Romanian refugee who's trying her luck in France.

Another one is forced muteness, or the need to say something but being restricted to say it. This is Amadou, the son of Malian immigrants. Racism may not be as murderous as when Billie Holiday sang Strange Fruit, but it still exists even in a progressive country like France. During the film's fight scene, Amadou was forced to stay silent when he was trying to speak his side; he was picked up by the police, Jean wasn't. Guess the reason is very obvious.

Finally, there's the depressing kind – otherwise known as self-inflicted muteness, or the tragedy of being able to speak efficiently but you don't have anything to say to yourself or to others. This is Anne and Georges, as well as Jean and his father. Anne and Georges can speak just fine, seemingly in love with one another but are both paralyzed by their emotional silence and emptiness. No wonder they don't have anything else to say to each other when they reunited earlier in the film.

With an international cast headlined by Juliette Binoche, the film boasts strong performances – specifically that of Luminița Gheorghiu, who is remarkable as Maria. The film is mostly in French, although other languages – Romanian, Malinka, French sign language – are also utilized in the film. 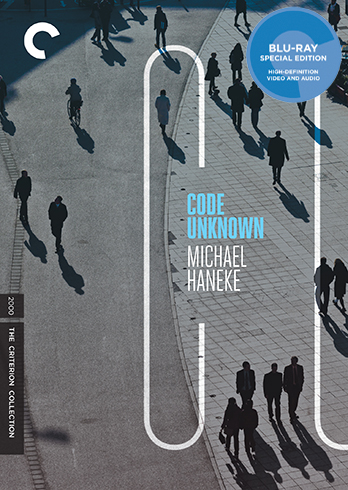 Just like most of Haneke's films, Code Unknown has lots of static shots in it, which work well as a catalyst for climactic scenes. Some may find the film languid because of the stillness of a scene, but this method is what makes Haneke's films truly immersive.

So, what exactly is the film's plot? Rien. Code Unknown has lots of random moments in it, a fragmented image of various storylines. Why give a f*ck about these people? Why not? Haneke creates these characters that are devoid of Hollywood glamour, stripping them of vanity so that they would look more like everyday people instead of celebrities.

Anne is an actress who can't even pull off a genuine smile when she's not being someone else. Anne's boyfriend, Georges, is a man who've seen lots of war and death, leaving him numb and hollow. Maria is a mother who had to leave a poverty-stricken Romanian village, hoping for a better life in a first-world country. Being a non-Caucasian, Amadou still finds himself a foreigner in his own country.

Code Unknown doesn't have any fancy set and lighting (nor any music other than the drum band), making the film raw and engaging. Overall, the film is thought-provoking. Haneke gives us a glimpse of the characters' lives, leaving it up to us, the audience, to make our own interpretation of the vignettes. We are kinda like Georges, the photojournalist who secretly takes photos of random people in the subway train. So yeah. Haneke turns us into a bunch of stalkers, scrutinizing other people's lives without their knowledge. This is what he also does in another Binoche-starrer, Cache.

Now on The Criterion Collection, Code Unknown is yet another intriguing addition to Haneke's filmography, an ode to the power and weakness of le silence. It's not exactly my most favorite Haneke film (The Seventh Continent is), but Code Unknown was still able to enclose me in the existential chamber of silence.