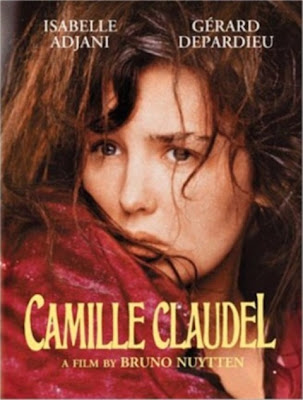 Camille Claudel is about the life of French sculptor Camille Claudel (Isabelle Adjani); her art, her obsessive love for fellow sculptor Auguste Rodin (Gerard Depardieu), and her tragic ending.

That's it! Adjani TOTALLY mesmerized me this time. She is amazing as Camille Claudel. Adjani is trés fort. She's got so much power in her, and you can see that power in her performance. After watching Camille Claudel, I said to myself, "I'm a big Adjani fan, how come I haven't seen this film before?!" Yes, Camille Claudel is now my most favorite performance by the enormously talented Adjani. (Goodbye Possession!)


In one scene, Camille Claudel is arguing with this guy named Morhardt (Roger Planchon). When Morhardt asked her, "Who do you think you are?" Camille replied in a disdainful tone, "Camille Claudel. I am Camille Claudel! And if you don't know it, I'll show you!" Adjani is not just saying those lines, she's living it. Adjani's Oscar® nomination for this film is well deserved. Aspiring actors shouldn't miss Camille Claudel as they can learn a lot from Adjani's brilliant performance. 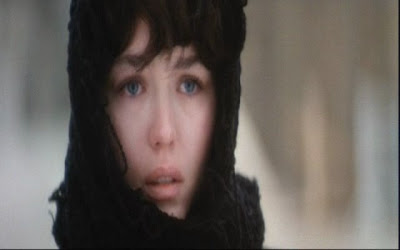 
Camille Claudel is Bruno Nuytten's finest work as a director. With this film, Nuytten surpassed some of the works of the directors he used to work for as a cinematographer. (Yes, even André Téchiné.) It's just quite a shame because after the triumphant Camille Claudel, Nuytten made only two films. Monsieur Nuytten should really make more films because audiences need more filmmakers like him. He directs in a delicate manner and he has an eye for things that are usually concealed. One word: outstanding.

In my humble opinion, Camille Claudel is the pinnacle of Adjani and Nuytten's respective careers.

Legendary actor Depardieu is Auguste Rodin, Camille's mentor and lover. Depardieu is remarkable as Rodin. The screen loves him, but Camille Claudel is undeniably Adjani's show.

The supporting actors also deliver performances of high caliber. Laurent Grévill plays the role of Camille's younger brother, Paul Claudel. Paul's transformation from a doting brother to a frigid man who condemns his own sister is excellent. Alain Cuny is perfect as Camille's dad. Two of my favorite scenes are Camille descending the stairs of her parents' house, her mother (played by the marvelous Madeleine Robinson) looks at her as if she's a stranger, then cut to the scene where Camille walks up to an elevated place. All throughout those scenes, Cuny's voice can be heard in the background (reciting Paul's poem). Those scenes are haunting, just like Cuny's voice. 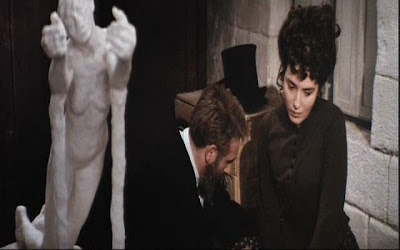 Gérard Depardieu and Adjani.
(This is one of my favorite shots in the film. The composition is excellent.) 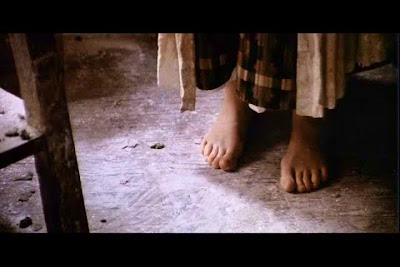 
The lines in this film are like love letters. It's romantic and gloomy. The innermost thoughts and feelings of Camille Claudel can be heard in her words.


"I gave him my toughness. He gave me his emptiness in return."
- Camille Claudel 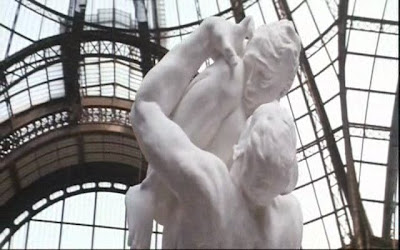 One of the beautiful sculptures featured in the film.

"The human body is a world that moves. It's life!"
- Rodin

The sculptures featured in Camille Claudel are as magnificent as the film itself. I feel like I'm in a museum whenever I see this film. The lighting is perfect. The shadow complements both the sculptures and the body of the models very well. Breathtaking. Camille Claudel is an extraordinary film and an underrated gem.