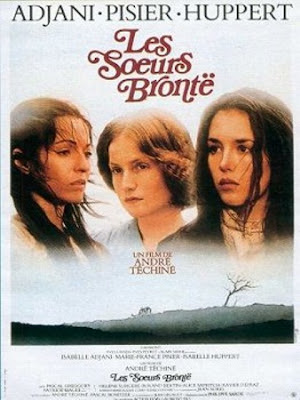 The film tells the story of the Brontë sisters and their brother Branwell (Pascal Greggory). Les sœurs Brontë may bore some audiences because it's mostly quiet, but the film's silence is its power. Although the characters rarely speak throughout the movie, when they speak, their words are heartfelt and poetic (just like the lines from the Brontë sisters' novels). The actors' facial expressions and the film's landscapes are impressive.

In one scene, director André Téchiné insinuates an incestuous relationship between Emily and Branwell. The incestuous innuendo is also present between Emilie and Antoine in My Favorite Season. Téchiné's films always leave me wondering.

Marie-France Pisier is engaging as the eldest Brontë. Pisier's sincere performance makes you oblivious of the actress' alluring face. She's perfectly cast as the mature and hopeless romantic Charlotte.

Isabelle Adjani as Emily is captivating. She portrays Emily as unfeeling on the outside, but is actually a sensitive person on the inside. Quite a change from the insane characters she's probably remembered for.

I was thrilled to see a young Isabelle Huppert as the dreamy Anne. Huppert became one of my favorite actresses after seeing her no-holds-barred performance in La pianiste. Unlike Erika (Huppert's La pianiste character), Anne is gentle and naive. 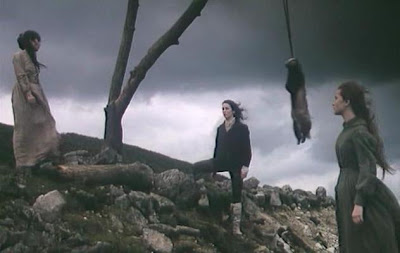 Marie-France Pisier, Isabelle Adjani, and Isabelle Huppert as Charlotte, Emily, and Anne Brontë.
(With a hanged raccoon as Branwell?)


The costumes, the make-up, and the hairstyles make Marie-France Pisier, Isabelle Adjani, and Isabelle Huppert look almost like the Brontë sisters. The actors look very 19th century — especially Huppert (who resembles the real Anne Brontë). My other bet for a look-alike of Anne Brontë is English actress Natalie Press.

Bruno Nuytten's cinematography looks like a moving painting. It exudes calmness. Using mostly earth colors, the landscapes in this film are outstanding, it makes me want to live in the 19th century.