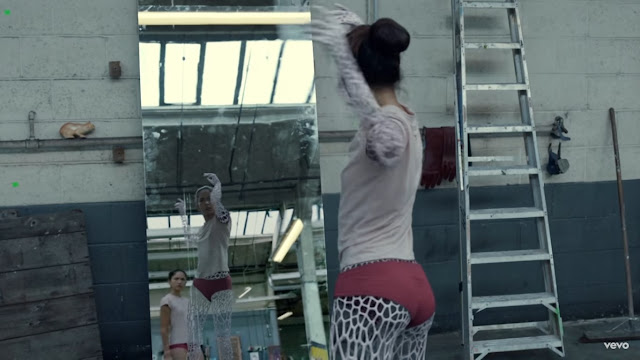 Along with other '90s techno badass such as Fatboy Slim, Groove Armada, and The Prodigy, The Chemical Brothers are the pioneers of the big beat genre. (Dig Your Own Hole is probably one of the greatest albums in music's history.) Infusing raw bassline with exhilarating electro beats, The Chemical Brothers offer adrenaline rush for the ears and the mind. That's why I've followed their career since I first heard Block Rockin' Beats.

The other thing that makes The Chemical Brothers endearing is their love for intriguing visuals, which can be seen in their music videos. The group has worked with acclaimed filmmakers such as Michel Gondry (Let Forever Be, Star Guitar, and Go) and Spike Jonze (Elektrobank).

Wide Open is taken out of The Chemical Brothers' latest album, Born in the Echoes. It features Beck on vocals. (He kinda sounds like Depeche Mode's Dave Gahan on this track.)

Shot in a single take, Wide Open focuses on a female dancer (Sonoya Mizuno) in an empty warehouse. As she dances her emotion to the song, Sonoya transforms into trypophobia-inducing animation until there's nothing left of her human self.

There was even a point in the video wherein Sonoya watches herself dancing in front of a mirror. That's my favorite because it's a genius shot, it's as if she can see her own emptiness. That's haunting.

The video speaks a lot for the song's lyrics. "I'm wide open, but don't I please you anymore? You're slipping away from me. You're drifting away from me." (No, it's not about penetration of some sort.) It's about this person who has opened his/her heart to someone special, to the point of entering the void. He/she expects that special someone to refill it with love or whatnot.

One cannot do without the other. It's quite hard to picture the song without the video, and the video (and the choreography) won't be as compelling as it is without the music. That's how these two elements complement each other.

Best known for her performance in Ex Machina, beautiful ballerina Sonoya is engaging (and such an eye candy) as the dancer. She conveys her feelings through her emotive dance moves and facial expressions. She has that something that can get you hooked the moment she stares at you.

Made with impressive animation, Wide Open is one of the best examples of modern digital filmmaking. If you want to know more about how they created this magic, check this out.