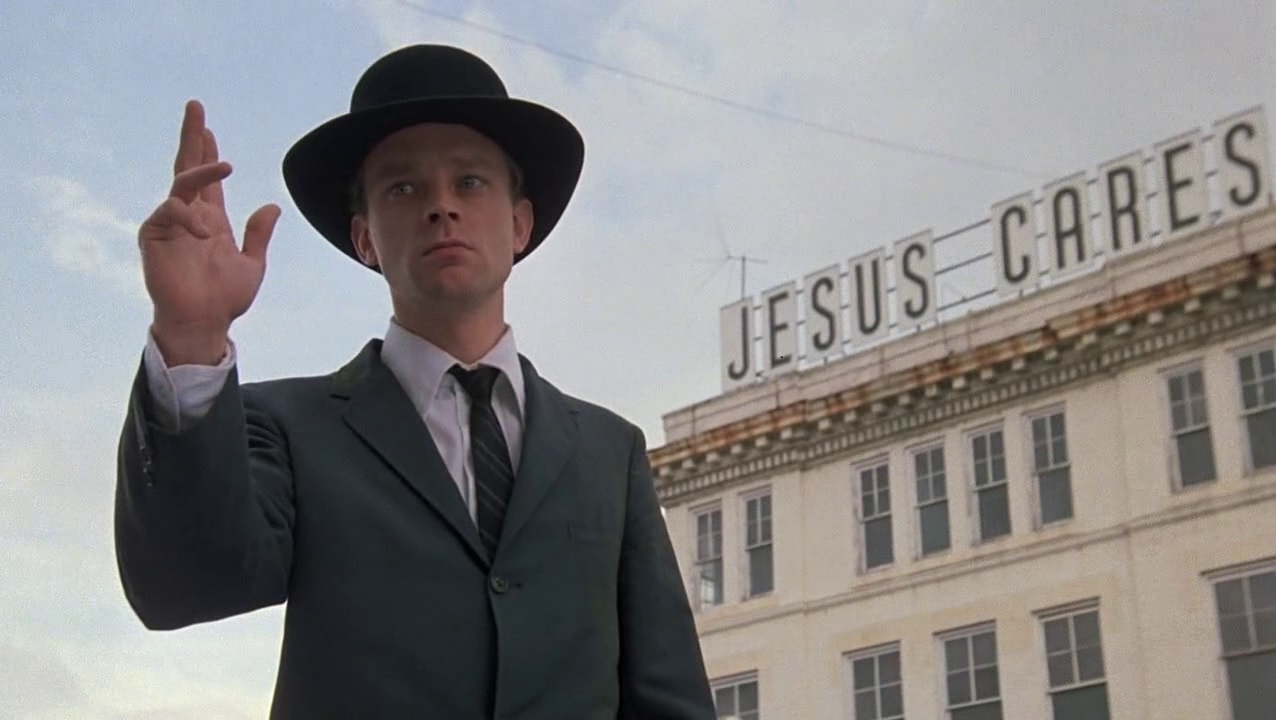 "A religious antireligious absurdism." That's quite a lot of adjectives there, but Wise Blood is essentially an absurdist tragicomedy about antitheism, which sprouts from the lead character's childhood guilt.

War veteran Hazel Motes (Brad Dourif) is a twenty-something ambitious idealist. Driven by his own concept of truth, he starts his own church: The Church of Truth Without Christ, "where the blind can't see, the lame don't walk, and the dead stay that way."

Hazel thinks that the best way for his church to branch out is to become a traveling preacher, just like his late grandfather (a special participation by the film's director).

Armed with a "good car" and a passion to become somebody he's never been, Hazel drives around Tennessee and encounters a variety of characters: a nincompoop named Enoch Emory (Dan Shor), a "blind" preacher named Asa Hawks (Harry Dean Stanton) and his nymphomaniac daughter Sabbath Lily (Amy Wright), a con artist who looks like Ned Beatty, and a cordial landlady (Mary Nell Santacroce). 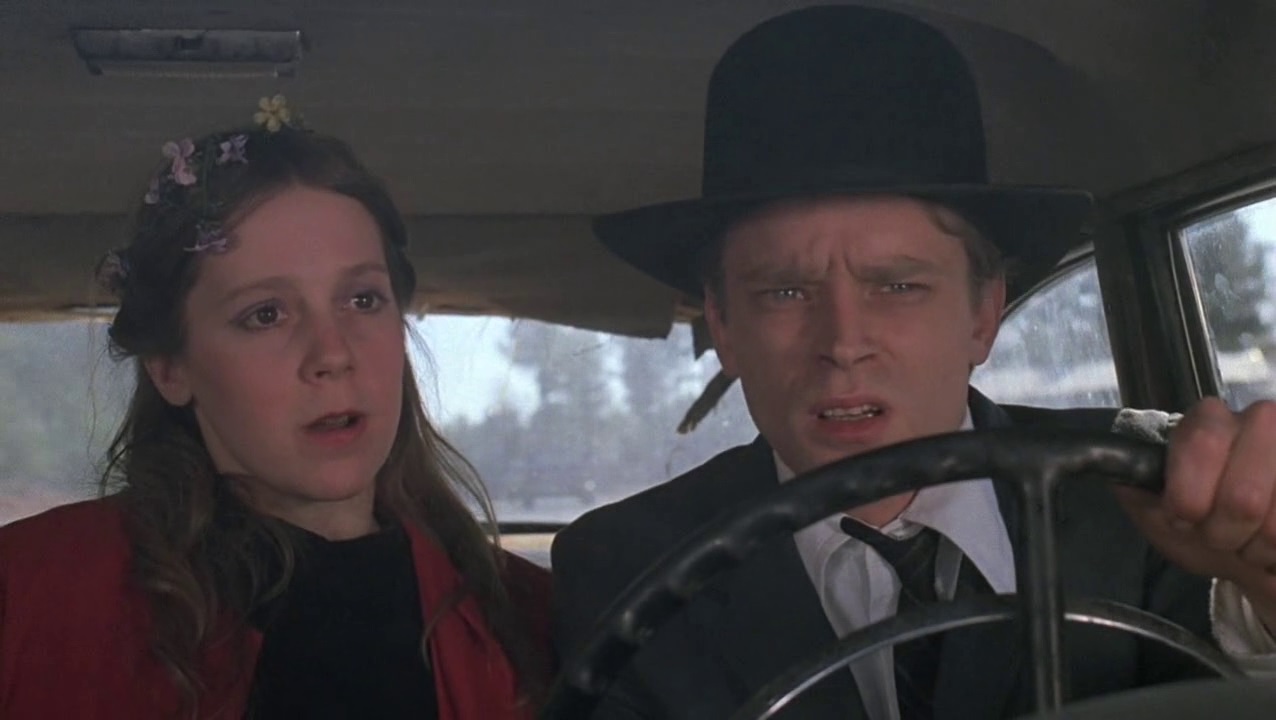 Based on Flannery O'Connor's debut novel, Wise Blood is a character study of an antisocial antihero that is Hazel Motes. We get to meet this young man who strives to be something but accomplishes nothing. Earlier in the film, GI Motes mentioned that he was discharged from the Army due to a war wound, although he refuses to divulge where exactly that wound is. But judging from Hazel's psychological deterioration, it is most likely a mental wound. Perhaps PTSD?

Best known as the bad guy who inhibits an ugly doll named Chucky in Child's Play and its progenies, Mr. Dourif is in his usual eccentric as Hazel Motes. A Southerner himself, Mr. Dourif is a perfect fit as the suit-wearing antitheist Hazel Motes. Somehow emanating Billy Bibbit's innocence, Mr. Dourif's Hazel is irate and naive, driven yet lost. Mr. Dourif's piercing blue eyes and boyish appeal complement Hazel's hungry yet innocent passion.

Ned Beatty, best known as the preaching capitalist in Network, is a scene stealer as the swindler who persuades Hazel to make some dough out of his preaching. 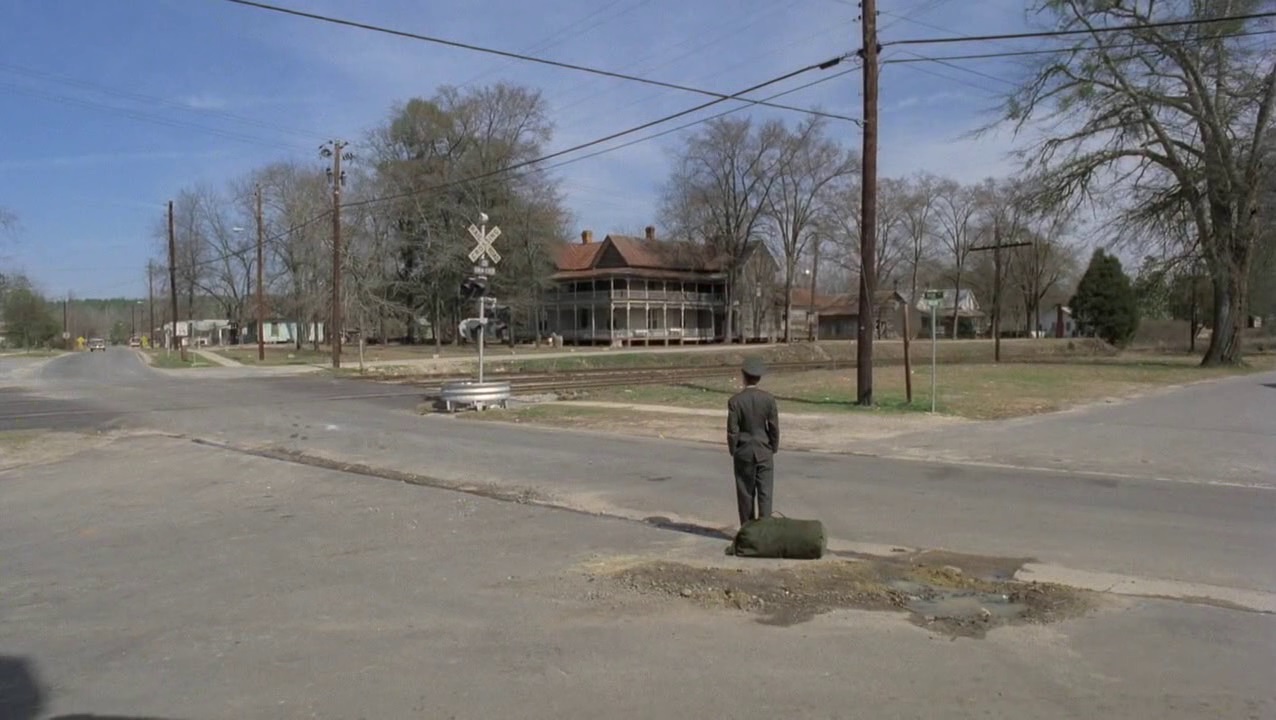 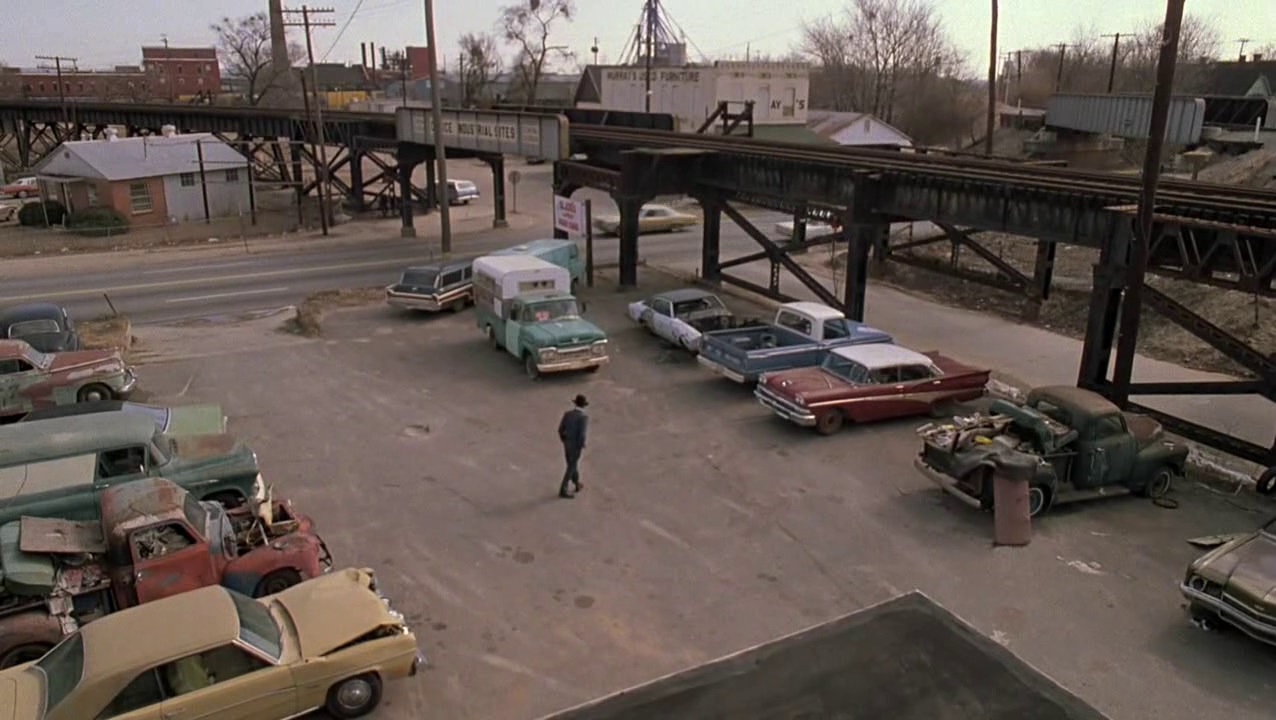 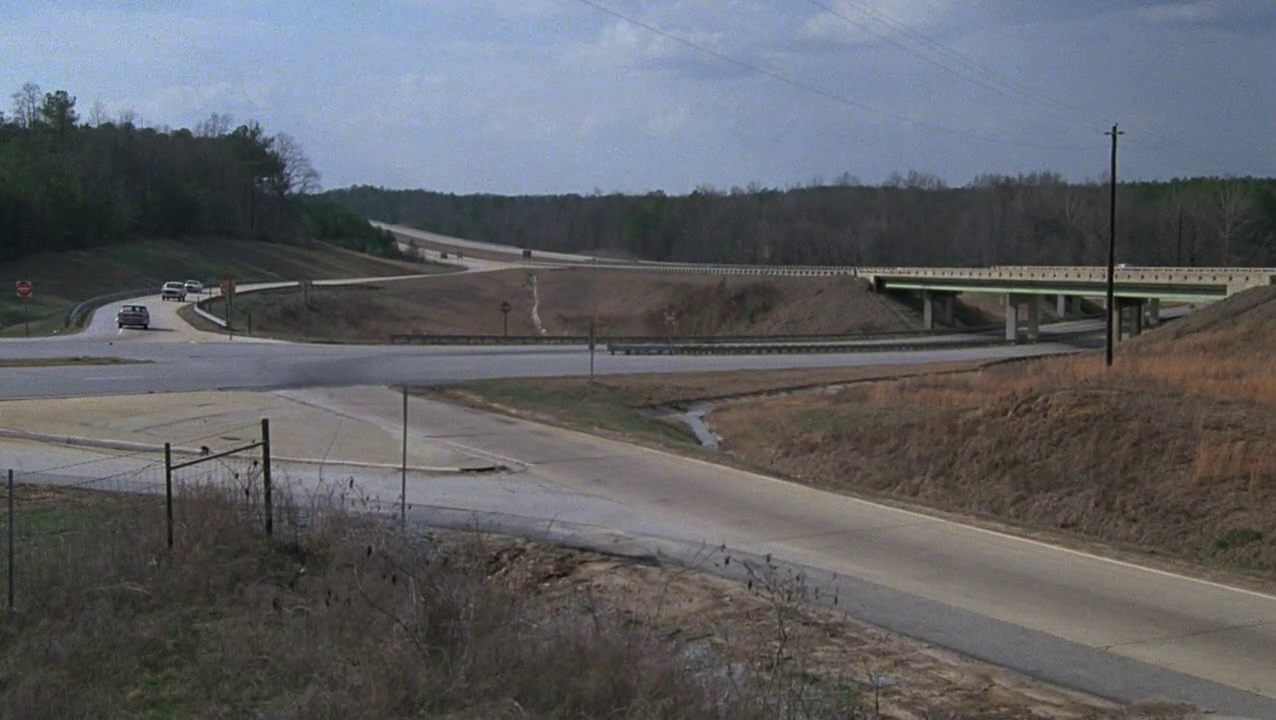 The film isn't visually spectacular, but we get to see and feel the deep South through Gerry Fisher's prevalent wide shots of the town — Tennessee in Miss O'Connor's book, but the movie was filmed in Miss O'Connor's hometown: Georgia. Mr. Huston utilizes Fisher's wide shots as an emblem of Hazel's futile ambition, that middle of nowhere sh*t. Hazel wants more out of life, but he ain't going anywhere farther than Tennessee.

Hazel himself said so:
"Where you come from is gone. Where you thought you were going to weren't never there. And where you are ain't no good unless you can get away from it."

Most of the film's music has that country feel into it, makes you feel like you're in the South. The score during Enoch's escapades has a childlike tune in it, so as to denote that Enoch is an old child. He never really grew up or he has yet to grow up. Enoch, of course, represents the believers and non-believers of religion.

Just like in the Bible, the film also uses women as a symbol of sexuality, sin, and temptation. From the overweight prostitute Leora Watts to the naughty Sabbath Lily even to the landlady — they are all drawn to Hazel, at the same time he cannot resist them or get away from them, and would later punish himself for his "sins."

Wise Blood is a timeless social commentary on mankind's concept of truth, their attitudes toward faith and religion, how those attitudes shape the way they perceive the world. Although played with a comedic tone, the film doesn't mock religion and antireligion. (Miss O'Connor herself was a Roman Catholic.) Based on what I've seen, Wise Blood aims to tell us that truth and religion aren't necessarily synonymous with each other, mainly because the absolute truth doesn't exist.