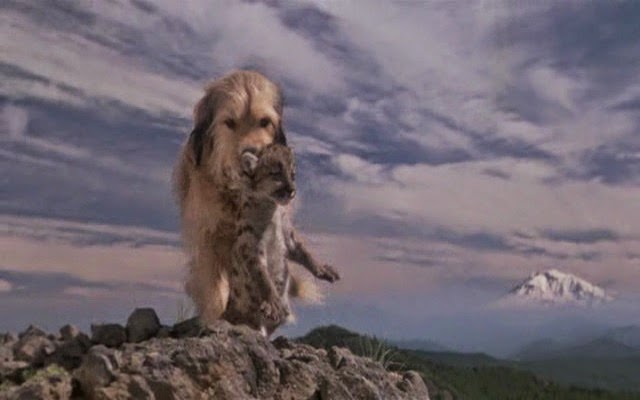 By now you've probably seen the story of Tara, the (heroic) tabby who saved her "kid brother" from their vicious neighbor dog. But what if the kid was a stranger to the tabby? Would Tara still be willing to protect a stranger from someone/something life-threatening?

In Benji the Hunted, we get to see golden celebrity mutt Benji (played by Benjean, an offspring of Higgins) survive in the wilderness after a boating accident with his trainer/guardian/best friend (Frank Inn as himself).

After witnessing the death of a cougar, Benji happens upon the cougar's babies. Being a good soul that he is, Benji practically adopts the orphaned cubs. He deliberately hides from the helicopter looking for him, just so he could protect the cubs from the harmful creatures of the wild: an eternally hungry wolf, a grizzly bear, a raptor, and a hunter in the form of a human being (Red Steagall).

We also get to see Benji befriending some genial creatures like the owl and the rabbit. What follows is Benji's attempt to persuade a mother cougar to adopt the orphaned cubs. Will the mighty mutt succeed? 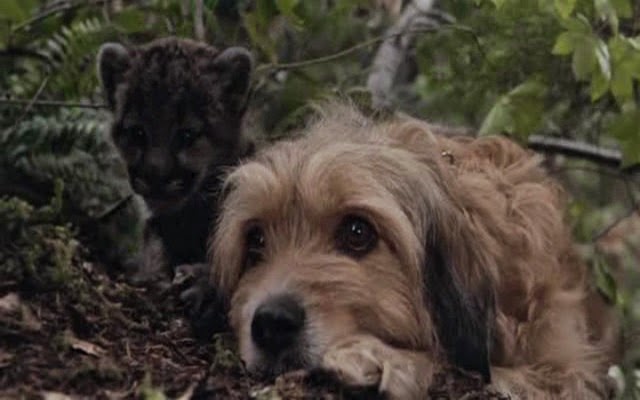 This is the fourth Benji movie. I haven't seen the other Benjis yet. I first saw Benji the Hunted back in Holy Week 2012. (TV networks would show wholesome movies during Holy Week because it makes them feel "holy.") I was 26 but the film's playful simplicity was able to bring out the child in me.

Benjean gives a riveting performance as Benji. I've always thought that canine actors are more sincere performers as compared to their human counterparts; this is because dogs have no inhibitions. They are willing to do and try anything without any tinge of hesitation. Dogs are, indeed, free spirits.

Some of the things that got me hooked — apart from the story — are the landscape and the music. Those two elements exude a quiet energy in the film. Although the camera is sometimes shaky, especially during the chase scenes, the film's landscape photography is quite reminiscent of a Herzog movie, only with a touch of Disney in it. Cinematographer Don Reddy makes the most out of the Oregon wilderness: 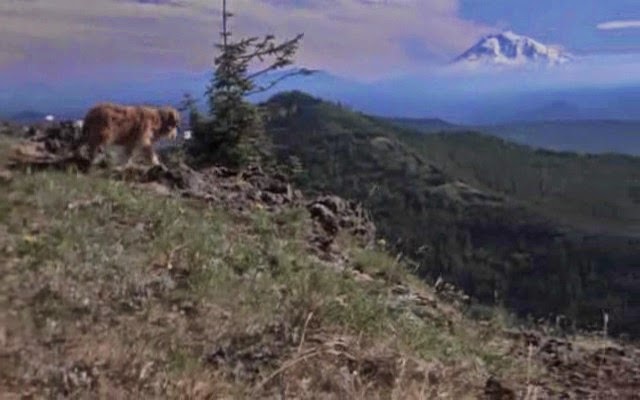 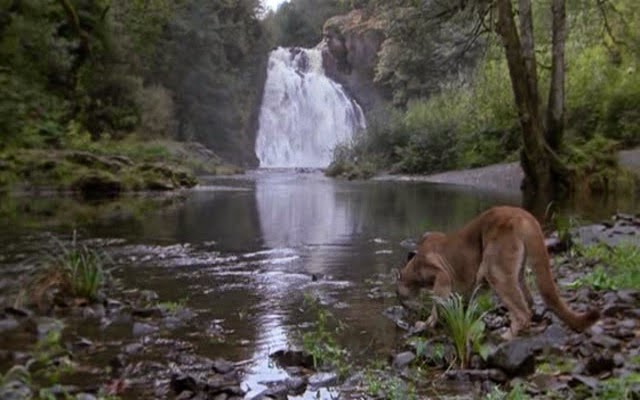 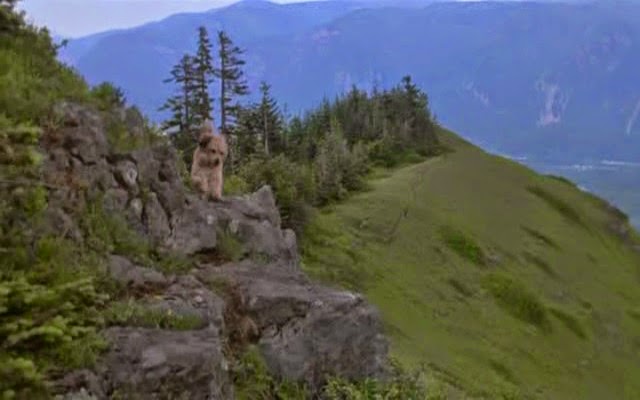 The music serves as an emotion hub for the movie. Benji the Hunted is almost a minimalistic film in terms of dialogues and characters; so the music aims to induce a variety of emotions, and it succeeds in doing so.

If the white dog in White Dog is all about hate, Benji is the exact opposite. Benji is a perfect example of unconditional and unprejudiced love. He shows us how possible it is to care and love other creatures — or other people for that matter — despite of the differences. Human beings can learn a lot from Benji.

With all due respect to the late Mr. Siskel, comparing Benji the Hunted with Full Metal Jacket is just impossible. Both films talk about the same subject, which is unsung heroism; most Vietnam vets went unrecognized for risking — or worse, losing — their lives just as Benji won't get credit for saving the cubs' lives. But how come one ignore the glaring fact that these are two entirely different films under two different genres? It's like comparing an orange to a carrot; they might have the same color, but they are two completely different things. 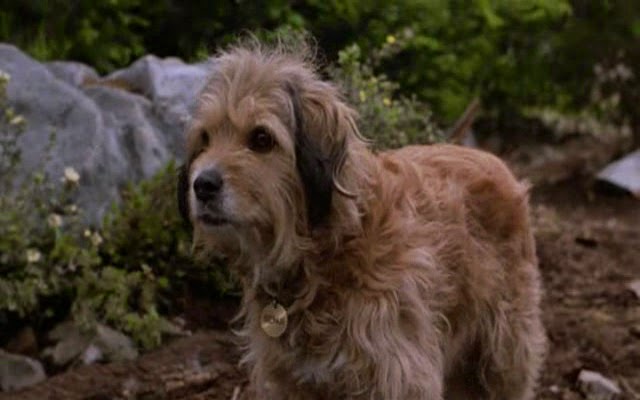 In order for an audience to appreciate Benji the Hunted, they need not compare it with any other films. Let the film grow in them without imposing the so-called standards of a "good" movie. Joe Camp's film is an adventure, let the audiences experience the adventure.

The film shows us that we, human beings, can do more than we thought we can, just as Benji dared to do more than he could. So, if you'll come to look at it, Benji the Hunted is more than just a mere Disney movie; it's a great lesson in humanity.

Benji the Hunted is an emotionally rewarding adventure and an inspiring tale of unconditional yet unsung heroism.


Trailer for Benji the Hunted: