by That Film Enthusiast
Okay. So I've been procrastinating lately, and this article has long been overdue. Waaay too long. Anyway, Jodhi May's 37th birthday was on the 1st or 8th of May, although some sources claim that she was born on the 30th of November 1974.

"Jodie" who? Jodhi May. Most audiences outside the UK might not be familiar with her because she mainly works in England, a serious actress usually seen in period dramas. Some of her films include The Last of the Mohicans, Flashbacks of a Fool, and Tipping the Velvet (if you're a gay woman, you've probably heard of this one).

If there's one actress who could blow you away with a mere glance, it had to be Jodhi. She's one of the few actresses whose eyes exude an intense amount of raw passion. You can see and feel her emotions through her eyes. That's a rare quality in an actor. And Jodhi is indeed one of the rare talents I've seen onscreen.

Here are my top five performance by Miss Jodhi: 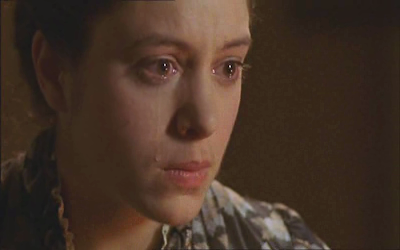 As Flo, Jodhi is profoundly affectionate and emotionally organized; she is in full control of herself and her character. Jodhi's performance is so right on, that's why it wasn't hard for me to feel Flo's deepest sentiments.

The scene that really got me is when Flo was talking about Lily, the "only one she could ever love." Through Jodhi's heartrending narration, we get to know who Lily was and how much she meant to Flo. She was especially thoughtful in that scene, one would think Jodhi really knew Lily. 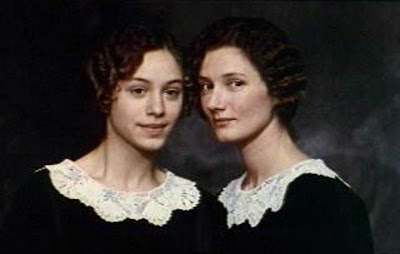 Jodhi May and Joely Richardson as the Papin sisters.
(Photo belongs to its owner/s. I don't own or claim to own this photo.)


A tale of unusual sisterly love, Sister My Sister is based on the disturbing true story of the Papin sisters. Jodhi plays Lea Papin, the younger sister of Christine (Joely Richardson in a great performance). An excellent (at times, hilarious) Julie Walters co-stars as Lea and Christine's bitchy boss.

Utterly close since childhood, Lea and Christine shared a bond so intense it transformed into a romantic relationship. The film is rather quiet, and its ambiance is creepy. The actors barely had any dialogue, so they would usually communicate through eye contact and facial expressions. And of course Jodhi uses her strength as an actress: her passionate stare.

What I like best about Jodhi's performance is the way she portrays Lea's naïveté and fragility, it's simple yet so powerful. For me, the key scene is when Lea thought she broke the flower vase. Jodhi was emotionally vulnerable during that scene. If the vase was actually broken, she'd shatter with it.

Jodhi can barely be seen in the film as she has very little screen time. But she was still able to steal the show from the main actors. Her last scene is probably the film's finest moment. The film is kinda tedious and almost mediocre. But Jodhi's performance during the cliff scene stood out for me, mainly because of the way she looks at Magua.

That stare. It's exceptional heartbreak. Words can't express how powerful her stare is, just see it for yourself.

An excerpt from The Last of the Mohicans: 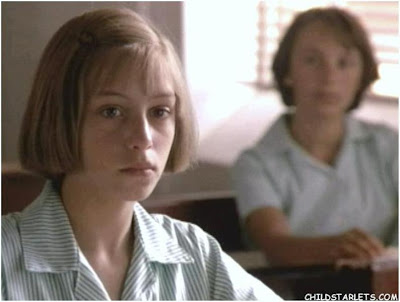 A 12 year-old Jodhi in her first film.
(Image source here.)


Jodhi's debut film is a poignant drama set in South Africa during its apartheid era. Based on screenwriter Shawn Slovo's experiences, A World Apart introduces us to 13 year-old Molly Roth (played by Jodhi), who comes of age in a disintegrated nation.

The film's title refers to a country torn apart by a stupid system called apartheid, which was an official policy segregating whites from non-whites. "A world apart" also refers to the growing emotional gap between Molly and her mother (Barbara Hershey during her Beaches hour), who has dedicated her life fighting the apartheid.

Jodhi is a pure revelation in A World Apart. She's so young yet so full of heartfelt emotions, you wouldn't believe she's not a professional actor prior to making this film. No wonder she won the Best Actress Award (shared with Hershey and Linda Mvusi) at the 41st Cannes Film Festival. Jodhi remains the youngest recipient of the said award.

An excerpt from A World Apart: 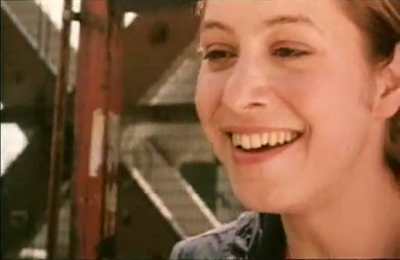 The Guard Brothers' Round About Five is a seven-minute music videoesque short film. It shows a man (Martin Freeman) rushing from work to fetch his arriving girlfriend (Lena Headey) at Waterloo station. The man has no car and is caught in London's rush hour. Never wanting to be late, he hitches a bike ride from a female courier (Jodhi), who actually thought he's some kind of a nutcase.

The final moments of the film show the couple being semi-infatuated with other people; Martin with Jodhi, and Lena with a flirty fellow Eurostar passenger (Alistair Petrie).

The film raises the eternal question "what if?" Except for the French voice-over during the opening credits, Round About Five has no dialogue in it. So it kinda looks like a colored silent movie fused with some eargasmic trip hop music. It's actually cute.

Jodhi smiles a lot in this film, which is why I chose this for #5. And it's always refreshing to see Jodhi in a lighthearted contemporary film, dressed down in a comfy outfit instead of those asphyxiating 19th century costumes.

Email ThisBlogThis!Share to TwitterShare to FacebookShare to Pinterest
Labels: A World Apart, British cinema, Jodhi May, LGBT cinema, Round About Five, Sister My Sister, The Last of the Mohicans, Tipping the Velvet