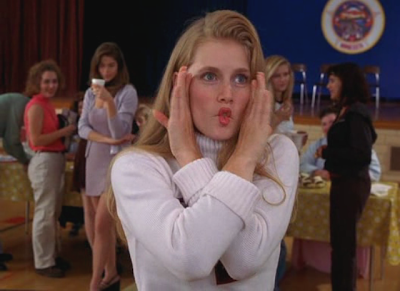 Every year the American Teen Princess Pageant is held; it's one of the oldest and most prestigious beauty pageants in the US. Sponsored by Sarah Rose Cosmetics, the pageant embodies the dream of an "American-made" girl: personal growth, scholarship, travel, and (eventually) fame.

In the "God-fearing" town of Mount Rose, some teenage girls join the local pageant prior to the American Teen Princess Pageant. The contestants do everything they can to win the beauty contest. Backstabbing, barking, sabotaging a costume, naming and spelling all the United States, etc. You name it, they do it.

The contestants are a variety of weirdness. There's the usually lucky Amber Atkins (a very "Kirsten Dunst" Kirsten Dunst), the bitchy Becky Leeman (a convincingly bitchy Denise Richards), New York aficionado Lisa Swenson (post-Clueless Brittany Murphy), highly sexual Leslie Miller (Amy Adams in her first onscreen performance), there's even a girl who prefers to use the sign language even though she's not deaf or mute.

Becky's mom, Gladys (an impressive performance by Kirstie Alley), is the chairman of the local pageant. Becky and Gladys, being the evildoers that they are, manipulate the pageant in order for Becky to win. The biggest threat to them is Amber, an ambitious girl who dreams of getting out of Mount Rose and become a big-time reporter. Meanwhile, a documentary film crew provides a backstage pass to what really goes on behind the contestants' big smiles. 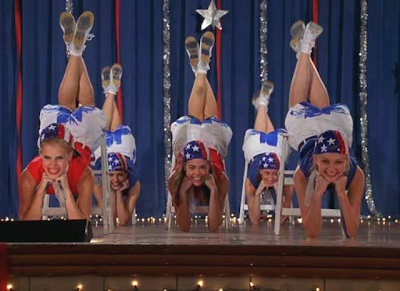 Drop Dead Gorgeous is dead on when it comes to showing the audiences how ugly a beauty pageant can be, especially when there's people like Becky and Gladys around. Writer Lona Williams' screenplay hits home. (Williams also appears in the film.) She unmasks the hypocrisy that lies beneath the glamorous spectacle of beauty. The film's approach to the subject of beauty and madness is bold and witty, which makes it a hysterical comedy.

WARNING: The film has a lengthy puking scene; so if you are sensitive, please skip that scene.†


†"Lengthy" if you can't stand the mere thought of puke.